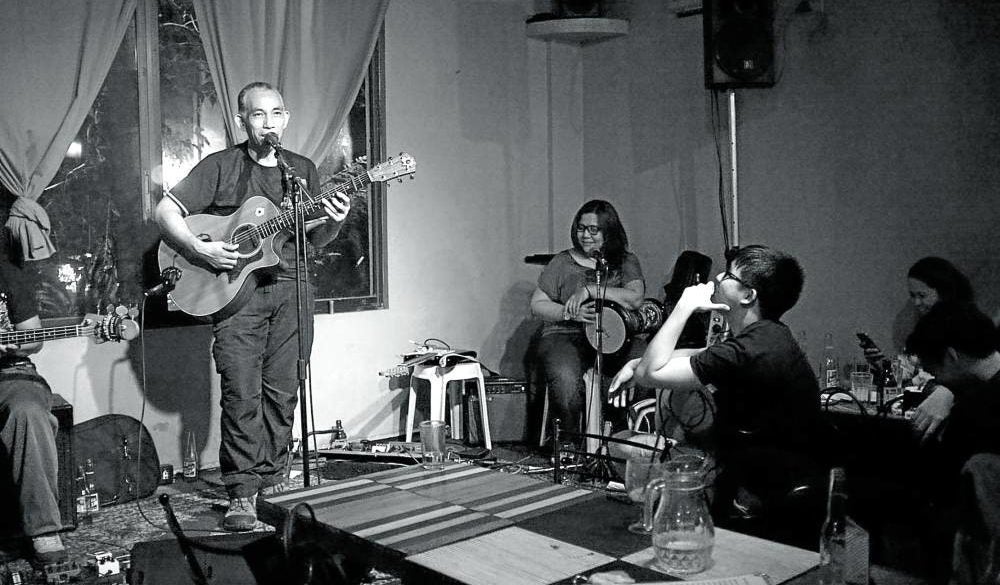 Entertainment and performance venues come and go like clockwork. Many do not earn even a footnote in history books, but then there are those that manage to pass into legend.

Sure to be added to the latter is Conspiracy Garden Cafe, which ended this Aug. 19 years of hosting performances, poetry readings and exhibits and witnessing families, artists, students and good friends of all ages come together to raise funds, or just have ice-cold beer and sisig to wash away the day’s toil and troubles while listening to good music.

Indeed, the handsome two-story house with its well-loved garden on 59 Visayas Ave., Quezon City, was more than just an events place.

Conspiracy, or just Conspi, which was launched on Dec. 8, 2003, was a refuge, a safe space, a meeting point and a home away from home that was born out of the desire of good friends and notable singers and songwriters Joey Ayala, Noel Cabangon, Cooky Chua, Bayang Barrios, Gary Granada and Cynthia Alexander to have their own place where they could bring artists together and “conspire” to do good things.

“It was all his idea to put up or have a place where artists, activists, people from civil society could gather, converge, converse and even inspire each other for a common interest or dream, be it for our community, country and even world peace,” he says.

They toyed around with different names, but quickly settled on Conspiracy.

“From co-inspire (inspire each other) or to conspire (working together). It still somehow sounded revolutionary and progressive,” Cabangon shares.

Over almost 19 years, the list of “conspirators” expanded from the original six to as many as 140, mostly from activist circles, all wanting to chip in to make the cultural hub work and its operations sustainable. It may not have made millionaires out of the investors, but the happy memories help make all of the effort worthwhile.

For Ayala, Conspiracy was the extension of his living room, where he entertained friends and got to see other musician-friends entertain their friends as well. It was an intimate testing space, he said, for both new acts and new works.

“My comfort-seeking instincts told me to give the place energy primarily because it was so near my home. My personal branding was ‘Welcome to Quezon City’s Cultural Center,’” said Ayala.

One of those who found his chops in that “cultural center” is popular singer and songwriter Ebe Dancel, who was honored to be one of the featured acts during the emotional Aug. 19 farewell gig, along with Johnoy Danao and Cabangon.

Dancel can easily fill up much bigger venues but he always has time for Conspiracy.

After all, it was at Conspiracy, with its well-photographed modest stage from where the artist can easily reach out to their audience, where he got his mojo back after leaving his former band, Sugarfree, in 2011 to strike out on his own.

“I left a band that was doing very well because I felt it was time to go. It was a time of great self-doubt, then I started doing semi-regular shows at Conspiracy. We played inside, sometimes to only a few people. It didn’t matter because it gave me back my mojo, the will to keep on keeping on as I was starting out all over again,” Dancel told Lifestyle.

Those first performances are just some of the many memories of Conspiracy that will stay with Dancel, who shared the stage with 3D members Danao and Bullet Dumas, Ben&Ben, and Barbie Almalbis. One memory that stands out for him is watching his then six-year-old nephew Andrew play drums for his mom, Kris.

“I was living in Laguna then but made my way to Manila just for that show. I was family, roadie and fan,” Dancel said. 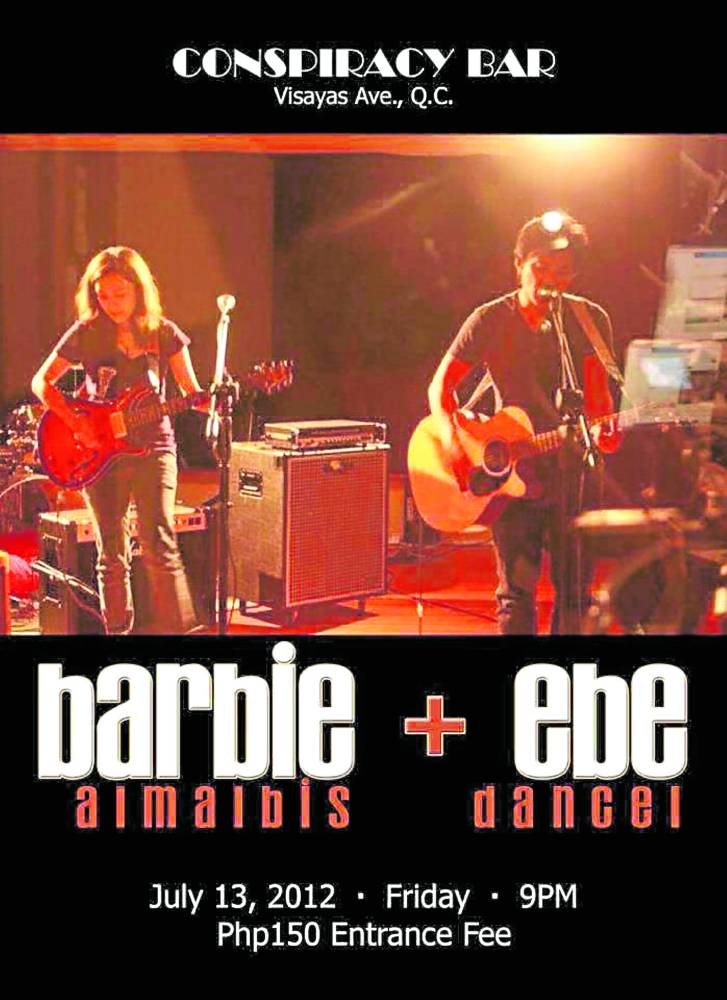 For Ayala, meanwhile, what stands out is not a particular event “but the general excitement of doing something together with people I respected and whose company I enjoyed … and the sense of mission.”

“While I believe all these venues are gonna be truly special when all is said and done, it was Conspiracy and a few other bars that just kept saying yes when I wanted to perform. It gave me the confidence that I lost for quite a while,” he said.

“I usually prefer playing with a band, but in Conspiracy, I was never afraid to show up with just my guitar, sit down and sing till it was time to go home. I will miss everything—the vibe, the staff, the owners I would hang out with after the show.” 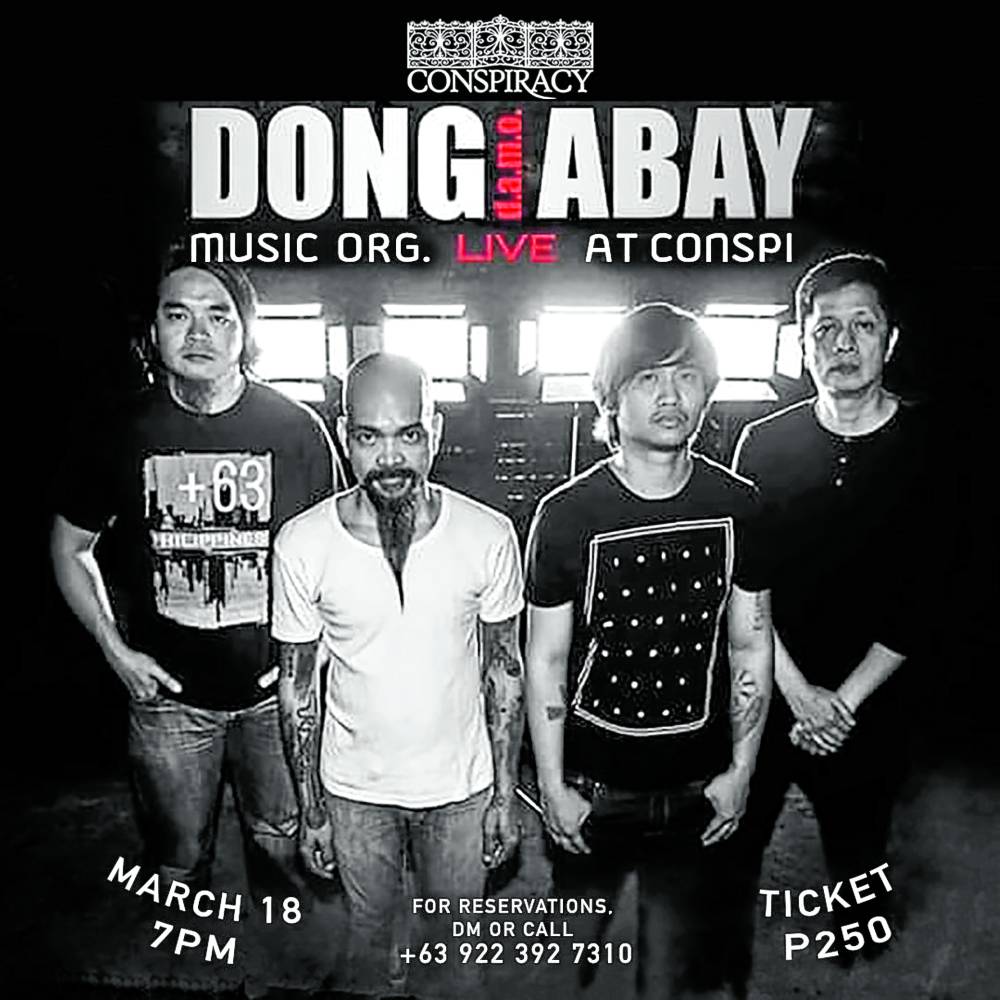 Chua shares his pain but believes that Conspiracy will live on among those who hold special memories of the house that will eventually give way to another property development project.