Still sweet after all these years | Inquirer Lifestyle ❮ ❯ 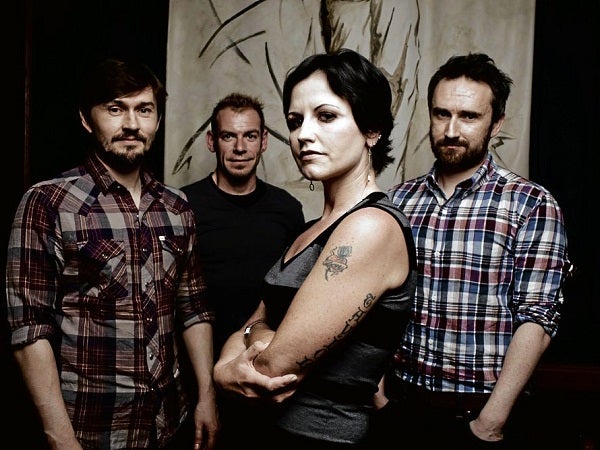 Still sweet after all these years

After a lengthy creative hiatus, one of the most-loved Irish rock acts of the ’90s resurfaces into mainstream consciousness with its sixth full-length offering entitled “Roses.” And, boy, does it sound sweet.

For many of us, The Cranberries was one of those bands you grew up listening to. There’s a good chance that a lot of its hits are still on permanent rotation in our mood playlists, whether it’s for waxing sentimental over a loved one (“When You’re Gone,” “Ode To My Family” and the much-covered ligaw/breakup classic “Linger”), or for headbanging in the comfort of our own living rooms (“Zombie,” “Salvation,” “Promises”).

Since their time off in 2003, the members came out with greatest hits compilations and solo projects to fill the long gap between “Roses” and 2001’s “Wake Up and Smell the Coffee.” While fans were happy to see them get back together for a reunion tour in 2009, there hasn’t really been any new material other than live albums from the tour. Until now, that is.

Questions then come to mind: Is this album worth the long wait? And do they still sound like the same band we’ve all come to love? We say a surprisingly hearty “yes” to both.

Listening to “Roses” might just make you realize how much you’ve missed O’Riordan’s distinctive Celtic lilt for the past few years. Produced by Stephen Street, who was responsible for the band’s first, second and fifth studio albums, the 11-track record starts off with “Conduct,” probably the track that best represents the signature Cranberries sound.

Accompanied by the Hogan brothers’ clean, jangly guitar and Fergal Lawler’s marching beats, O’Riordan’s ageless vocals are appropriately breathy during tender moments and soar confidently when the band picks up the rock tempo.

The cheerful pace set by “Tomorrow” slows down with the chillout track “Fire & Soul,” “Raining in My Heart” and “Waltzing in Walthamstow” before picking up again with “Schizophrenic Playboy” and “Show Me.” The latter two are the “hard” tracks on the album, but the gritty guitar sound doesn’t overpower the melody or the vocals.

The album returns to a pensive mood with “Losing My Mind” and “Astral Projections,” a previously unreleased track that the band would perform during live shows. Finally, the acoustic “So Good” and the title song bring the cruise to a quiet, introspective end, much like a melancholy lullaby.

Full of the haunting rock melodies and dreamy harmonies that the band is known for, “Roses” brings us back to the “Linger” days of glory sans the hard-edged overtones of the more recent albums.

Overall, it is The Cranberries’ most organic-sounding repertoire to date—it sees its members going back to doing what they do best, as if they had never taken a break. After more than a decade of waiting, we find it refreshing to know that they still sound the same. Granted, if you’re looking for something groundbreakingly new, you’ll be disappointed. But that’s actually a good thing.

Catch The Cranberries live in Manila on April 10 at the Smart Araneta Coliseum. Tickets available via TicketNet or contact Karpos Multimedia.