Why we moved from the city to the beach | Inquirer Lifestyle ❮ ❯ 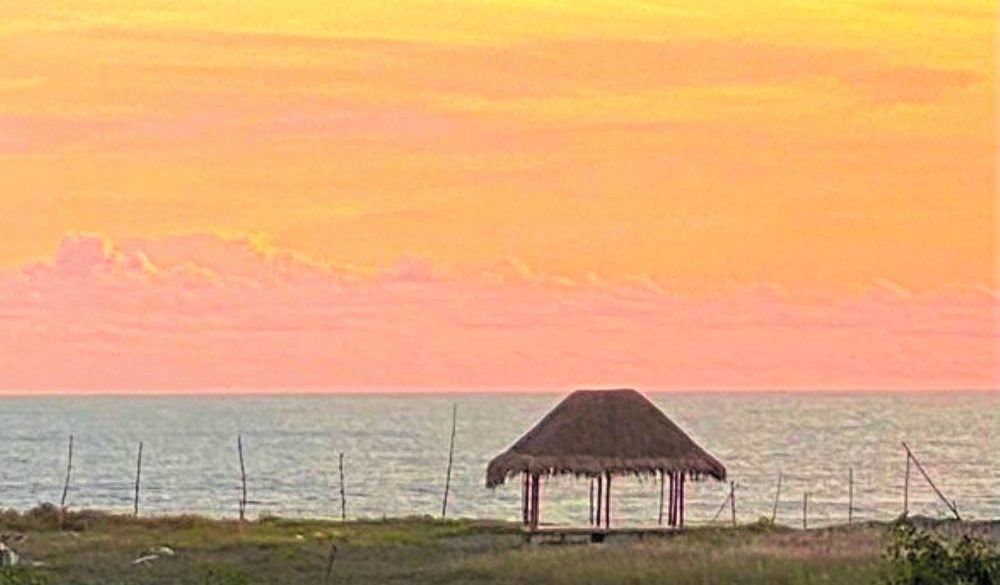 Why we moved from the city to the beach

I moved out of my childhood/city home a few weeks ago. I write this in my new home: a house by the ocean, where blackouts happen twice a week and cows roam the fields next to us.

The most common reaction my family and I get when we talk about this change of lifestyle is usually a string of questions, accompanied by looks of confusion and shock. Many also assume it was a pandemic decision when in reality this has been in the works since 2018. I mean, everyone wants to live in the city, right?

Don’t get me wrong, repetition can be a comfort. Knowing what you’re doing today and tomorrow and the day after that is comfort. It’s stable, and I’m beyond grateful for being able to say that about my life. Plus, being a 10-minute drive from any food craving never sounds like a bad idea to me.

Complaints aside, I was content. After all, it’s all I’ve known.

But it was September of 2021 that fully solidified my push to move.

Over a year ago, I wrote my first Inquirer article, “What Makes a Home,” where I talked about the bittersweet feeling that comes with leaving your childhood house and the environment you’ve grown used to. I spent my entire 16 years living right smack in the center of everything. Take one step out of my neighborhood and you’re greeted with a line of traffic on your right, and a circle of different malls to your left.

To many, city life seems great, and it is! But just like everything else, it has its downsides. It just seemed that those downsides began to outweigh the upsides over time, and my family and I found that our purpose maybe just wasn’t in this city anymore.

What was my reason? Health.

In late 2021, it felt as though the walls were closing in on me. I was dealing with terrible anxiety, and every day felt like an endless cycle of panic and finding new things to panic about. I just needed space to breathe. I needed space to get out, and the hustle and bustle of the city wasn’t helping at all.

My parents booked a three-day trip to the beach, along the same stretch of land as (what we now call) our home. After weeks on weeks of panic attacks, this was the first time in a long time that I could really let my thoughts go quiet. And all I had to do was watch the sea.

Wave after wave, it was all expected. Nothing new, nothing surprising. But it was calm. It was silence. Something I hadn’t experienced in a while, considering it felt like my mind was on a never-ending ramble about all the possible things I should be worried about until this moment.

We had already purchased the lot during this time, and I was already set on moving then, but I needed that final push of realization that I was much happier and healthier by the ocean as opposed to being in the center of everything.

My health isn’t the only reason. My dad also has Type 1 diabetes, and we found that every time we’re on the beach, his blood glucose normalizes. We watch his sugar closely to pinpoint what could disrupt the stability. He also has psoriasis, and his skin clears up almost in the same hour we arrive.

We also have two big dogs who need space to run, which they don’t have in the city. But now that we have a much larger space, we actually go out more. (Even on a lazy day, my step count is much higher than it was back in Manila.) The dogs love it. My 8-year-old Labrador who I rarely see running in the city has just recently been chasing my German Shepherd around the new yard.

But even with all these new great beginnings, it broke my heart that we had to let go of our house in the city. For a while, I hated the thought of anyone else living there. Over time I started to realize that I was so hesitant to move out not because I would miss the city, but because I would miss my childhood home. But that’s just it, isn’t it? You can never have new beginnings unless something else comes to an end, and it just so happened that our life right in the center of everything had served its time.

There will still be moments when I’ll think back to that house and remember that there’s a new family occupying the space, a new person sleeping in what used to be my bedroom, and dinner parties hosted by people I’ve never met taking place on what used to be our roof deck. As much as I used to hate that thought, all it is now is an ending that led to a new, better beginning.

Here’s to taking a leap of faith and crossing your fingers when you land, and here’s to my new home—even with its occasional blackouts. —CONTRIBUTED