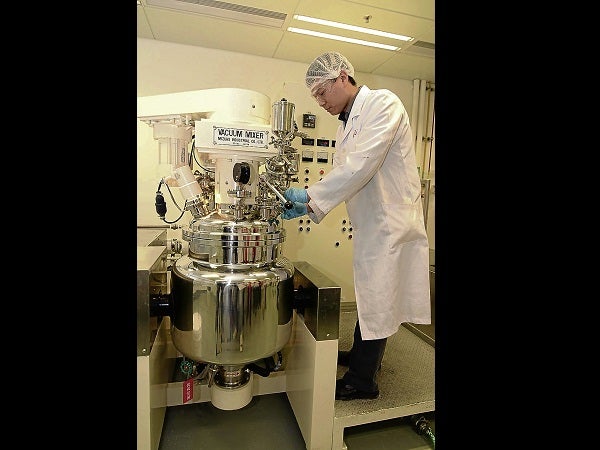 Paulina who? To a generation more familiar with the likes of Gisele, Kate and Heidi, the name might not ring the loudest of bells. Ask any true-blue beauty and fashion hound, however, and she (or he—gays will kill for their mastery of supermodel lore) will tell you that some two decades ago, even before Linda, Naomi, Elle and Christy became global first-name icons who hogged the same headlines as Hollywood stars, the Czech-born Porizkova was the fashion world’s model du jour, her Alpine cheekbones adorning every magazine cover from Vogue to Sports Illustrated and her $6-million dollar modeling contract with Estée Lauder then the highest ever paid to a mannequin.

Porizkova is now 46, ancient by modelling standards, but in Avon’s recently rolled out Anew Genics ad campaign, she looks as stunning as ever. The beauty brand is not caught up in some trendy retro mode in hiring Porizkova for its latest product. Here, the medium is unmistakably the message, for the seemingly ageless Porizkova is hawking what Avon says is “a skincare breakthrough serum that helps you look up to 10 years younger.”

One look at its spectacular-looking poster girl, just four years shy of 50, and the product makes it point.

The Anew Genics line, beginning with the Treatment Concentrate that is now available in the Philippines exclusively through Avon representatives (at P1,799), is the latest iteration of the beauty company’s flagship anti-aging brand, Anew, which celebrates its 20th anniversary this year. Launched in 1992, the brand has become a worldwide $1-billion bestseller, with some 11,000 units of Anew reportedly sold every hour.

Avon claims pioneer status in the skincare industry as the first to mass-market alpha hydroxy acid—now a standard part of many anti-aging products—as the main ingredient of its Anew line. The brand has regularly introduced variants through the years—among them Anew Clinical, Anew Rejuvenate, Anew Reversalist, Anew Ultimate, Anew Platinum and Anew Solar Advance—to incorporate the latest skincare innovations its scientists and researchers have come up with.

Anew Genics, says Dr. Xiaochun Luo, chief scientific officer and group vice president for Avon’s global research and development, is “another groundbreaking product that women will definitely be excited to try. Our international team of researchers and product developers invested 10 years in developing this product to make younger and reenergized skin accessible to women.”

“Look up to 10 years younger!” is Anew Genics’ come-on—made possible, says Xiaochun, by a patented “YouthGen” technology that’s supposed to stimulate the activity of a youth gene in the body, which in turn leads to younger-looking skin.

A test conducted among women aged 45-59 reported encouraging results: “Skin looks and feels firmer, expression lines are visibly softened, and skin vitality is visibly restored.” Overnight, lines, wrinkles and discolorations are said to appear diminished or reduced, and the vaunted “10 years younger” promise is on full display after eight weeks.

Xiaochun says the inspiration for Anew Genics’ YouthGen technology came from a discovery by an Italian university of a town in Italy where residents had strikingly longer and healthier life spans. University researchers and Avon scientists looked more closely and determined that a highly active youth gene “keeps the body healthy [and] helps keep skin cells acting younger. As we age, its activity declines in skin. An increase in this youth gene’s activity boosts proteins that can help skin look younger.”

Now, Avon is claiming another first in the cosmetics industry with its newly patented YouthGen technology that “revolutionizes anti-aging skincare” by tapping into the revitalizing properties of the youth gene.

Products such as Anew are the result of the 125-year-old beauty company’s devout commitment to research and development, embodied in Asia by its sprawling R&D Center in the Jinqiao Hi-Tech Park in Shanghai, its largest scientific facility outside the United States. Opened in August 2011, the center’s visible link to Avon’s global R&D office in Suffern, New York, is in the form of a piece of brick from the original and historic Avon building in the US, which is displayed in a glass case in the Shanghai center’s immaculate  white lobby. Inside, research and testing on new variations of the company’s marquee products, from perfumes and hair color to lipstick and lotions, are done under rigorously regulated, climate-controlled conditions. The 40,000-sq ft building spans six floors and, Avon says, is its first R&D center built to stringent green standards, which has earned it a certification from the US Green Building Council’s Leadership in Energy and Environmental Design (LEED) Green Building Rating System.

In layspeak, that means reduced water consumption by 44 percent, energy-efficient lighting systems and 87 percent of office equipment and appliances Energy Star-rated to reduce energy use. Like its other R&D centers in Argentina, Brazil, China, Mexico, Poland and South Africa, the Shanghai facility hosts scientists and laboratories in such baseline areas as product development, safety and quality testing, microbiology, chemical engineering and consumer research.

“The Shanghai R&D center allows us to build on our legacy of offering Asian women first-to-market breakthrough beauty technologies, including our highly successful Anew anti-aging skincare line and Avon Color cosmetics,” says Xiaochun. “It’s also a critical tool in helping us build upon our leadership position in China and across the region.”

Former Miss World-Malaysia Soo Wincci, also a singer and actress, is Anew’s first Chinese spokesperson in that country, while in the Philippines, celebrity and Leyte Rep. Lucy Torres-Gomez has been tapped to do the job. Gomez, always a radiant and regal apparition, is 37, though she hardly looks it. That makes her the ideal walking advertisement for Anew Genics. Like Porizkova, she’s medium and message rolled into one.

Text Avon 2929 or visit www.avon.com.ph to contact an Avon representative.