What to watch online this weekend | Inquirer Lifestyle ❮ ❯ 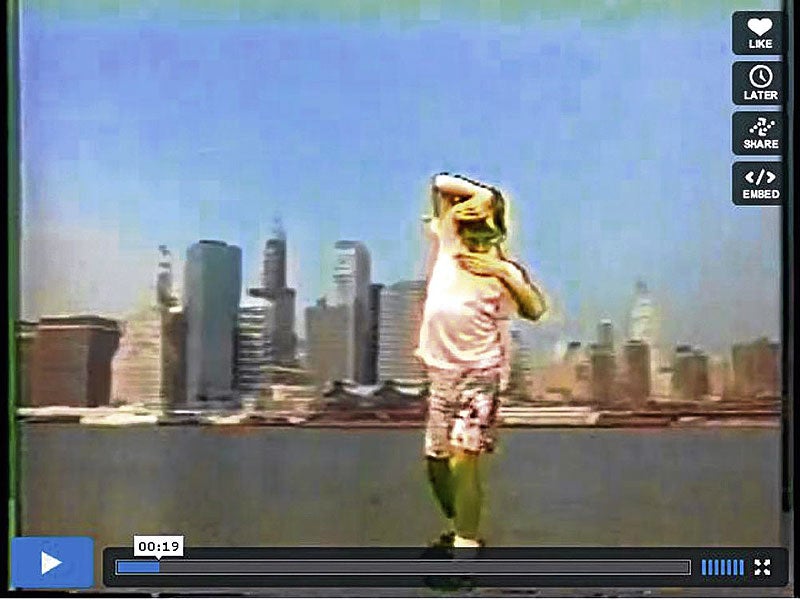 What to watch online this weekend 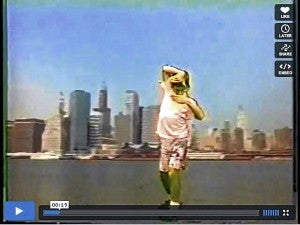 These days, watching stuff online is as normal as checking out an action flick in the moviehouse or watching your favorite sitcom on TV.

It’s even better, if you come to think of it. Not only can you have unlimited popcorn (or chips, chocolate cookies, or chicharon—with suka!), you can also rewind, fast forward, pause, or skip to the next scene.

If nothing on cable interests you, or if you don’t feel like watching “Green Lantern” today, then turn your laptop on, go online, and watch these clips.

If you have a thing for talented little gay boys, then you must watch 29-year-old screenwriter Robert Jeffrey’s video of his 9-year-old self paying tribute to Madonna. It was taken during the summer of 1991, in a booth at the Hampton Beach Casino, which allowed tourists to lip-synch to a song in front of a blue screen background.

The result? A little-over-four minutes of pure entertainment, where Robert lip-synchs and dances to the Material Girl’s hit “Vogue”—complete with the popular Vogue gestures. Intrigued? Type in vimeo.com/24750006 and press enter. The singer proves that she’s a pop star genius with the video for “Last Friday Night (TGIF),” her latest catchy single. With a ’90s theme (check out the abundance of denim and neon), the video is a mini-movie about Kathy Beth Terry, whose house becomes the venue for a party organized by Rebecca Black (of “Friday” fame).

Kathy Beth is a geek—complete with nerdy glasses and braces—but Rebecca transforms her into a cool girl for the party, after some waxing and a wardrobe overhaul.

As with any party, there’s a bunch of crazy incidents, such as a dance showdown, a fistfight, and some throwing up. What makes the music video truly iconic is the list of stars doing cameos: The boys of Hanson, Kevin McHale, and Darren Criss of “Glee,” Corey Feldman and Debbie Gibson as Kathy Beth’s parents, and saxophonist Kenny G and his curly locks. The best thing about it? Katy Perry rocks as a geek! 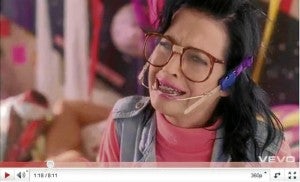 The day before the Philippine Independence Day, the Philippine Allstars won at the yearly Dance2Dance: The World Streetdance Showcase Competition held in Zurich, Switzerland, besting out nine other groups and taking home a cash prize of around P250,000.

Full of their signature robot moves and tumblings, the number also had some Filipino flavor, thanks to the use of ethnic music and what seemed like Grace Nono chanting for the intro.

To watch their performance (around five minutes long), type and search on YouTube: Philippine Allstars at dance2dance 2011 theater 11 Zurich, Switzerland. You can also watch the performance of the group Most Wanted Crew, the group that won second place. Incidentally, the group has a Pinoy member named Brian Puspos.

Nicola Roberts’ ‘Beat of My Drums’

Nicola, the redhead of the girl band Girls Aloud, has finally decided to pursue a solo singing career, after two of her bandmates did. Her first single is “Beat of My Drums,” the Diplo-produced tune that will instantly remind you of songs by Santigold and M.I.A.
In the music video for the song, Nicola—dressed up in vibrant outfits—just sings and dances at the school auditorium together with breakdancers and some cheerleaders. It’s quite plot-less, just like most music videos, but it works; it has dance routines, a lot of extras, and colorful clothes. Nothing life-altering here, just pure eye and ear candy.

Lady Gaga sure knows how to shock. After grand music videos for “Born This Way” and “Judas,” she releases a pretty simple and low-concept video for “The Edge of Glory” (which sounds a lot like Kelly Clarkson’s “My Life Would Suck Without You”). Clad in studded leather (and a silk shirt in some scenes), Lady Gaga hops out of an apartment window, walks and prances around a sidewalk, and then goes back to her apartment—through the window, of course.

A lot of fans have expressed their disappointment with the video, saying that it’s boring and too simple, while there are also critics who have lauded it for its references (to Janet Jackson’s “The Pleasure Principle” video, for example), simplicity, and shock factor. We’re all used to grandiose, over-the-top productions from Gaga, after all, and this video surely isn’t one of them.