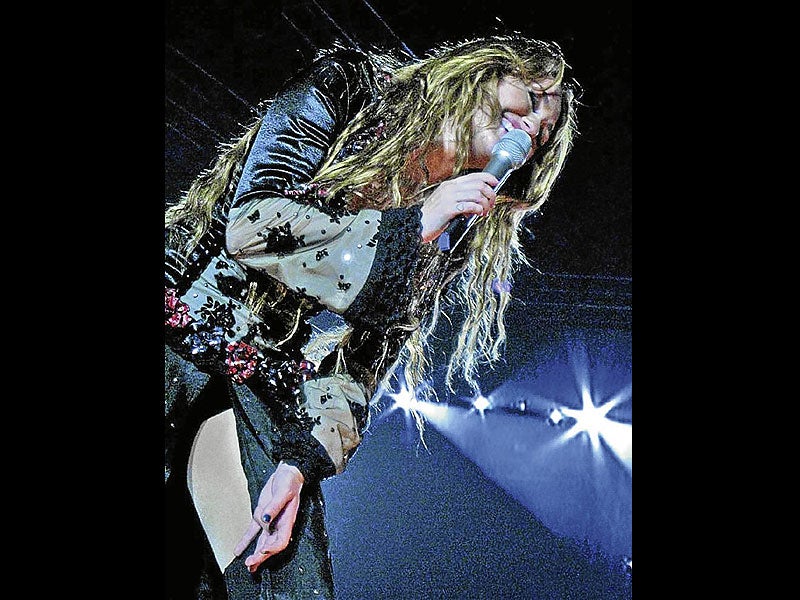 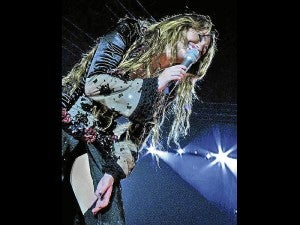 Figuratively, that is. The press was briefed not to ask questions about the hit TV show from Disney days before her press conference took place. When made her appearance, you’d realize why. She’s all grown up and she wants to be recognized as herself without the shadow of the platinum blonde pop princess towering over her.

She expected teens her own age would attend her Gypsy Heart Tour. The ones who grew up with her and could understand the transition she’s going through.

However, it was her younger fans who composed the bulk of the crowd.

Young girls in cute tutu skirts in varying shades of pink and purple were everywhere. My 14-year-old cousin informed me that that the ones who wore tights, big shirts and knee-high boots copied Hannah’s style.

Those same fans gave out ear-piercing screams as soon as Miley stepped onto the stage wearing hot pants and a white jacket singing “Liberty Walk.” They grew wilder when she sang “Party in the USA.” She surprised everyone when she removed her jacket and revealed a skimpy, studded bra underneath.

Her choice of clothes set the tone for the night. That it would be a night where she sings the songs that she likes and perform it the way she wants it. If that song calls for some serious hip grinding and gyrating, then so be it! Some of her dance moves seem to shock some of her younger fans.

“Is that Miley?,” asked the little girl behind me. She couldn’t be more than eight years old.

When she performed Joan Jett’s “Cherry Bomb,” her hands traveled close to her crotch. When the young girl in front of me saw this, she lowered her head in embarrassment. 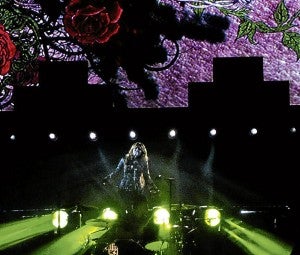 The crowd around me calmed down when she sang the cover of “Every Rose has its Thorn.” Most of them are unfamiliar with the song. Then she showed everyone what her long, curly hair was capable of when she banged her head around for Nirvana’s “Smells Like a Teen Spirit.”

I was jumping up and down with her at this point when I noticed that the children around me were too quiet. Some of them stared at Miley’s image on the screen with only the slightest of interest. The girl who elbowed me when the show started had retreated at the back. They looked suspiciously bored. They only came alive when she sang her hits like “7 Things” and “Can’t be Tamed.”

I thought it was ironic how I was not a fan but I was enjoying the concert more. She completely won me over when she sang “Landslide” by Fleetwood Mac. The words “But time makes you bolder/Children get older/I’m getting older, too” was so heartfelt. It was as if she was offering an explanation to her younger fans and their moms that she’s no longer the 12-year-old child having the “best of both worlds.”

The only song she performed from the soundtrack of “Hannah Montana” was the “The Climb.” The familiarity brought so much joy to the crowd that everyone started to sing along. She ended the night with “Who Owns my Heart.”

On our way home, my cousin kept on wishing that Miley should have sung more “Hannah” songs. While I kept on gushing how good she was and how she would be a knockout in the years to come. I thought we composed the two of the three types of fans that night.

There were fans of “Hannah Montana,” like my cousin, who came home disappointed because they found out that they will only see her on reruns and DVDs. There were the loyal fans who stuck with her and did learn her new songs by heart.

Then there was me. A convert who gained better appreciation for the artist Miley wanted to be.