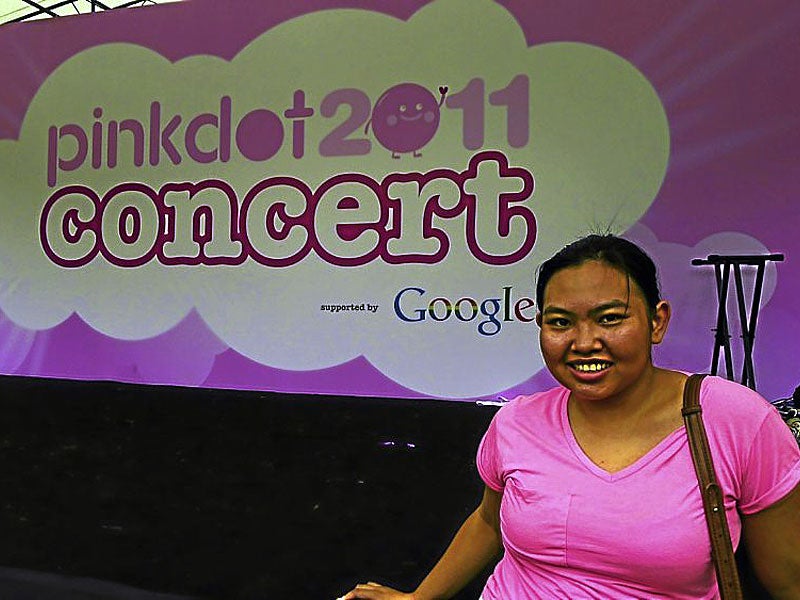 The dot makes a point I first heard about Pink Dot a year ago, and I was actually surprised that such an organization existed. I always thought homosexuality was taboo in Singapore, and when I asked my colleague about it, she told me that being gay or lesbian is not openly acknowledged in this conservative state.

I guess there really are “issues-which-must-not-be-named” in every place, and for Singapore it’s homosexuality and gender equality.

When I saw Pink Dot’s campaign video this year, I felt that it finally shattered the silence about homosexuality in the country. The strong message of “freedom to love” captured everything the group wanted to tell. It was an extraordinary experience.

I’m saying this because I used to be one of those people who had to hide. Let’s say I had a “phase”—that term some people use to justify being gay. It was a very complicated time, watching my every move and keeping things secret, like not being able to use the “L word” and speaking in hushed tones when I talked about it with my friends.

It came to a point that fears of being judged and disowned drove me nuts. That was some time ago, but I still wish I knew how I could have dealt with it.

It is always fascinating how people from different countries or races share the same sentiments about whatever they believe in. The Pink Dot event was a truly a unifying experience, and I felt I moved mountains and touched hearts. It provided a sense of belongingness. Everyone seemed to know everyone. 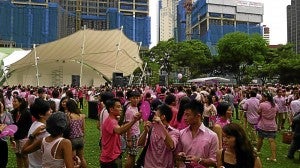 I remember smiling while looking out at the sea of pink before me, while hoping that we could do the same in my own country. I keep wishing that all of us have the maturity to overcome fear and ignorance, and just learn to accept who we are.

Learning how much the campaign has grown since it started three years ago, I share every Singaporean’s fulfillment at being a part of it, even if I was outside the dot. Only permanent residents and Singaporeans were allowed to form the dot, but with the 10,000 people (including foreigners) present, it did not matter.

The fight for equality has a long way to go. The change the people who formed the dot want in their country will not happen overnight. But with people showing full support and being open-minded about acceptance, it’s off to a very good start.