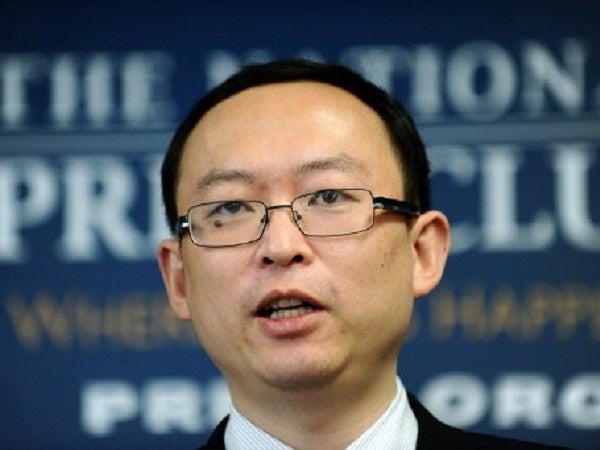 Hong Kong—Chinese dissident who wrote a book critical of the country’s leadership has said he fled into exile after being warned against publishing a biography of a jailed Nobel laureate.

Yu Jie, a writer who in 2010 published “Wen Jiabao: China’s Best Actor” despite threats of jail time, fled to Washington with his family in January after he was “subjected to torture” and faced restrictions on publishing.

In an interview aired Friday on Hong Kong broadcaster RTHK, Yu said that his decision to flee Beijing was also prompted by his urge to pursue a book project on fellow dissident Liu Xiaobo, who won the Nobel Peace Prize in 2010.

“The secret police told me I will be jailed if the book is published,” he said.

“(I fled)… to make sure the biography can be published overseas,” the 38-year-old told RTHK without saying when the book will be released.

He described the decision to flee as “painful” and said he believed he would not be able to return to Beijing within the next five years.

The writer said he had been warned against criticizing the Communist Party or speaking out against China abroad.

Yu has previously said he came under tighter surveillance after Liu won the Nobel Prize.

He has also complained that he was forbidden from publishing or practicing his religion. He is a member of a Protestant church which is not authorized by the Chinese government.

Liu, 56, is the only Nobel Peace Prize winner in prison. He wrote a bold manifesto for democracy called Charter 08 and was jailed for 11 years for subversion on Christmas Day 2009.

Gao, who has defended some of China’s most vulnerable people including Christians and coal miners, was detained in February 2009 and had been held largely incommunicado by authorities except for a brief release in March 2010.

Gao’s brother said last week that was allowed to meet with him in a remote jail for the first time in nearly two years, allaying fears for his well-being.