Silence is the opposite of boring | Inquirer Lifestyle 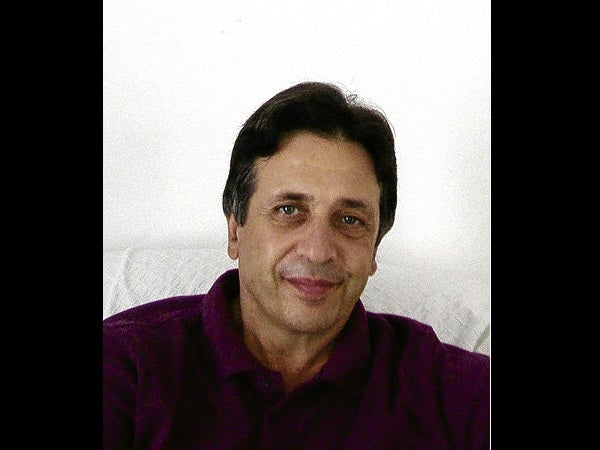 Silence is the opposite of boring

Because we are surrounded by a world of sound, we are not always aware of all the noise that we generate in our minds,” says meditation teacher and international speaker Anthony Strano in his book “Seeking Silence.”

Silence is Strano’s prescription for almost everything that upsets a person’s equilibrium and therefore, undermines one’s capacity for happiness. He has conducted “silence retreats” around the world.

By silence, Strano means not just the absence of literal noise, but most especially calmness in the heart and mind—no desires, no regrets. “When the mind is uncluttered by the urge to prove, to claim or to display, everything becomes clear in that stillness.”

Subtitled “Exploring and Practicing the Spirituality of Silence,” the book discusses the whys and wherefores of quieting down, “detoxing” the mind of anger and its pesky relatives, and generally taking control (gently) of one’s mental processes. “You can choose your thoughts,” Strano says.

The good news is that silence, in Strano’s orbit, is the opposite of boring. In fact, he says, it is the foundation of a dynamic spirituality that applies itself to all aspects of life.

He is visiting Manila later this month to give a series of lectures on this broad subject. On April 23, he talks about “The Resilient Mind in the Workplace” in a public program at the Asian Institute of Management in Makati. The next day, he will discuss “Karma” in another public program, at the Gateway Mall in Cubao.

In two invitational programs, he is meeting 50 VIPs for a lecture on “Becoming Spiritually Smart” and 50 CEOs for “Spirituality in Daily Life.” All these are being undertaken by the Brahma Kumaris Spiritual University, where Strano has been a teacher “and also a student” for 35 years.

Born of Italian parents in Australia, Strano is the director of the BK meditation centers in Greece, Hungary and Turkey. Aside from “Seeking Silence,” he wrote “Eastern Thought for the Western Mind” published in 2006 in at least five languages in London.

Of six multilingual audio books he has recorded, the biggest seller so far is “The 8 Principles of Spiritual Living,” a virtual manual on how to direct one’s thoughts toward freedom of “expression” which, again in Strano’s universe, means the full blossoming of the awareness.

Here are some exquisite excerpts:

Observation is a silent skill we need if we are to access positive changes. To be a detached observer means to keep the mind clear and free and, therefore, open to new perspectives.

Being able to observe enables us to be creative, productive and effective because we have made space for true and better understanding. If we fail to learn this skill, we are likely to be absorbed in the negativity of any given circumstance.  We get lost in the quicksand of “What’s wrong?” This prevents us from putting things right.

Principle 2: Be aware, not judgmental

There is an Indian saying, “See but don’t see! Hear but don’t hear!” This means to remain aware of all realities, including the negative, but not to focus on them. We get caught up in the negative because reactions manifest themselves as judgments, accusations, criticisms or labeling.

As soon as we judge or criticize, we put everything into convenient boxes and mentally seal the fate of another person or of a situation.

Our vision and attitude remain judgmental or critical if there is no input to encourage a positive change. There cannot be a positive output when there is a negative input. We want others to be better but, instead of helping, or having faith in them and seeing their good qualities, we concentrate on their past, weaknesses and mistakes!

The example of the sun and earth illustrates a basic and fundamental law of function we can learn from, and that is of paramount significance in the accurate movement of all of life’s aspects. The sun gives life to the earth in the form of light; the earth continually moves in repetitive cycles around the sun.

The phenomenon of time is a direct result of the earth’s balanced and harmonious cyclic rhythms.

We need focus—a concentration of thought, will and understanding—to reach depth and newness. However, when we become over-focused, rigidity and pressure set in. This leads to an imbalance that makes us lose creativity and openness.

A person needs to move gracefully between focus and flow. And then the flow of expression and experimentation will become natural.

Principle 4: Stepping in, stepping out

For any activity or relationship to remain harmonious and successful, we should know how far to step in, and then how far to step out—like a gardener who sows seeds at the right time, steps in to water the plant, and then steps out of the picture to allow nature to carry out her work.

The wise gardener does not step in too much; that would be called interference. After planting the seeds, he does not dig them up the next day to see if roots have sprouted. Nor does he withdraw too much. If he did, the plants would die from lack of care.

In the same way, we have the privilege of planting seeds of good intention, respect and tolerance, at the same time allowing others and the forces of the universe the space to work according to their nature.

Very often we plant those seeds and want immediate results. We become attached to what we do, so there is no space for things to happen in their own appropriate time. It is an art to know when to step back and when to step forward, and a very necessary one.

Harmony, well-being and the fulfillment of individual purpose are possible only when our consciousness is inclusive, rather than exclusive. This means a consciousness recognizes and appreciates the purpose of all things in life.

When people, individually or collectively, become exclusive—that is, when the foundation of their identity is based on prerogative and privilege—harmony, peace and certainly love, are lost. While it is healthy and necessary to value who we are, it becomes most unhealthy and violent to become attached to our special qualities, making others feel inferior because they do not possess those same qualities.

Almost always, the reason for conflict on any level is this sense of right to dominate or suppress because we feel we are better than others in one way or another.

When we learn to complement rather than compete, there will be peace and, better still, self-respect.

Principle 6: The individual and the collective

A person who wishes to live fully as a human being needs to understand that the collective has to be acknowledged as much as the individual. One cannot exist without the other, although many people have explored both extremes, with very damaging results.

Individuals who are evolving spiritually develop a clear sense of personal value. Because they don’t succumb to false humility, they recognize and accept their uniqueness and embrace the realization that they are free to be whatever they choose to be.

Simultaneously, their sense of independence allows them to come close to others without prejudice and successfully work with them because they have found fulfillment within themselves.

What we believe comes true.  What we believe is the reflection of our deepest-held thoughts, which, in one way or another, are present at every moment of our lives.

With faith, it is not necessary to analyze and know everything in detail before doing something. All that is needed are a few basic facts, then we can take action. When we drive a car, do we insist on knowing beforehand how the engine works?

In the modern world, there is a tendency to over-think, to want to control and direct every outcome. Such a life lacks spontaneity and simplicity. Although we do need a framework, it must be flexible enough to allow space for the unexpected, the unpredictable and the great surprise.

There is One Being in the universe who is not conditioned by any need or desire. Since He does not want anything, everything belongs to Him, but not in the sense of owning and controlling.

Rather, all things gravitate to this Unconditional Source simply because He gives pure love freely to all and selflessly serves. Like a radiant magnet beyond the limits of time and matter, beyond give and take, beyond measurement and calculation, the Source attracts all because He desires nothing and gives everything He has.

The love of the Source is like spiritual sunlight that reveals to us our forgotten realities, hidden potential and original goodness.

In silence, the human being finds a personal and benevolent friendship with the Source— God, who listens and helps and, best of all, is always just there.