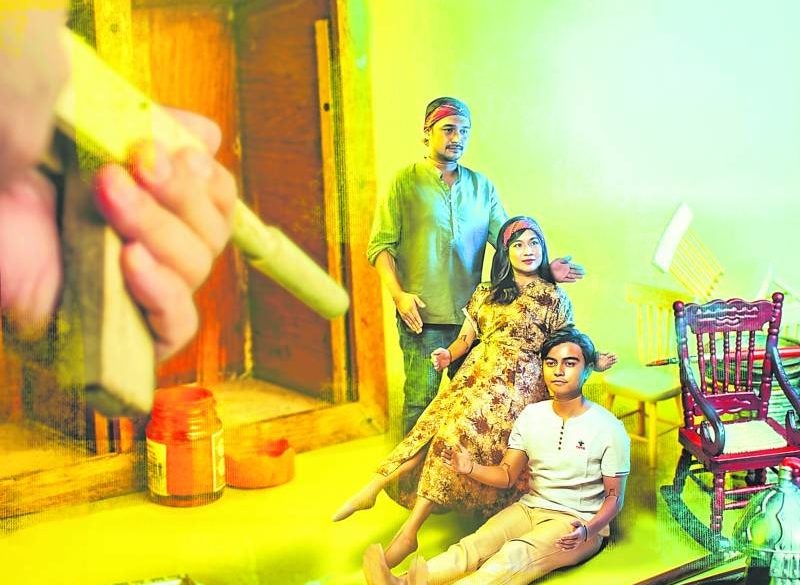 Before the COVID-19 pandemic struck in March 2020, Tanghalang Pilipino (TP), the resident drama group of the Cultural Center of the Philippines (CCP), was coasting along with live performances complemented by videos through social media, which told stories and also promoted their shows. Then COVID-19 reared its ugly head. Live performances came to a halt, and the CCP closed down.

“We had very good marketing and were quite successful in videos before the pandemic,” said TP artistic director Fernando “Nanding” Josef. “So when we could no longer do live shows at the CCP, we decided to engage not only our marketing people, but also our friends in theater who are into short films.”

Josef did a short film on Paciano Rizal, the elder brother of Jose Rizal who is a hero in his own right, titled “Heneral Rizal.” With his camera and a script by Floro Quibuyen, Josef, who is a professional actor, did a monologue as Paciano for social media—and it garnered 70,000 views.

“We got inspired by that,” he said. “And we thought of doing similar projects because of the pandemic. We thought of asking somebody to write about persons infected by the virus. Layeta Bucoy, who is almost a resident playwright of TP, wrote another monologue called ‘Doc, a Frontliner.’ It was about an elderly doctor conversing with his grandchildren.”

It was a 12-minute video, and was also received well. Josef was the lolo doc. “I knew many doctors who were dedicated to their jobs who were also infected and passed on,” he said. One doctor did a monologue for him, and he did this video on this theme.

Superstar Nora Aunor, soon to be proclaimed National Artist and a Facebook friend, saw that film. “Gusto ko ‘yan (I like that),” she exclaimed and demanded to be part of the project. So they played the roles of a husband-and-wife physician couple.

Aunor as “Lola Doc” did her monologue at home (people couldn’t go out then unless it was essential), and Josef as “Lolo Doc” did his own monologue. Both used their own film, with the marketing people putting these together for social media. And, of course, the response was most enthusiastic.

There were other videos. One film shows TP regular Marco Viaña playing a businessman and Jonathan Tadioan, another TP mainstay, as a tubero, handyman, whose son is infected. This was done at the home of Viaña. So there were three monologues of people affected directly or indirectly by the pandemic.

One stage play “Doc Resurrection” was remounted as a stage production, filmed, and also shown on social media. There was also a radio drama series over partner station dzRH based on children’s stories by different authors, including Al Santos. While telling entertaining stories, the emphasis was on values education.

“And that’s how we survived,” said the TP official. “That’s the only reason we survived. Video film, products, social media, radio and teleradyo partners like dzRH; MBC (Manila Broadcasting Co.) was happy with the radio series which was highly popular; and we had savings. So we did not terminate anyone.”

After more than two years the pandemic seems to be waning (although cases are rising today), and at the CCP there was a live ballet performance last December with a near-capacity audience. And near the end of the bitter campaign period this year, the CCP announced it would reopen its doors to the public and that there would be a flurry of live activities starting August.

Slowly, the performing arts are starting to come alive although, understandably, many organizations are still hesitant to resume live performances. During the political campaign period, TP and other organizations realized, as Josef put it mildly, “that there were many stories told that are not true.”

In planning for its 36th season, TP decided to retain its social media approaches and come up with live performances. “In terms of theme,” Josef said, “we thought of exploiting both media to tell the truth. We want to become truth-tellers, and so we thought of the theme ‘Magkuwentuhan Tayo’ (Let Us Tell Each Other Stories). I told them let us not just think of us in Manila but connect with our partners in the regions.”

The regions, then, should tell their own stories. True stories, not just focused on martial law (“hindi lang nakatutok sa martial law”). The focus can be on unknown heroes in the past, from the Spanish period to contemporary times.

“Our reading is that there are so many heroes in Mindanao, Visayas and parts of Luzon that are not known, especially among the youth,” Josef observed. “So since we have a network all over the country, we decided to get in touch with them and encourage them to write their own stories of their own heroes.” These will be included in the second season of their teleradyo “Tara, Peeps” Season 2 (TV, radio and online) scheduled for December. This is the second offering of the 36th season.

Of more immediate concern, however, is the Tausug tale, “Anak Datu,” by Rody Vera which opens TP’s 36th theater season at the CCP’s new Tanghalang Ignacio Gimenez on Sept. 16, 8 p.m., and will run for three weekends. The director is Chris Millado, with leads Viaña, Tadioan and Josef himself. It is a play with music by the eminent composer Josefino “Chino” Toledo.“It is not a musical as it has a limited number of songs—four songs,” Toledo said. “The first three songs are a replication of the musical expression of the area, with a lot of gongs and bamboo instrument sounds. Also, the songs try to mimic vocal music mannerisms. My own composed musical ideas are embedded within. The last song has some ethnic materials but is a familiar rock-sounding song. “

“Anak Datu” (Son of a Chieftain) is based on a short story by National Artist for Visual Arts Abdulmari Imao, a Tausug, which mixes fact and fiction. It is about a family separated by conflicts within the Tausug communities. A raid ensues and a woman, pregnant, is abducted and held in captivity. When she gives birth, the baby is raised as a son of the datu, the leader of the community. When the datu dies, however, the truth comes out; and mother and son are reunited with the real father of the youth.

In the hands of playwright Vera, this story by Imao becomes the first layer of a three-act play, also titled “Anak Datu.” The second layer is about the lone survivor of the infamous Jabidah massacre during the 1960s, one Jibin Arula (played by Josef).

In Sulu, home of the Tausugs, young men were recruited for a mission and were told that they would fight the communists. It didn’t matter if some could not read or write; as long as they could handle a gun, they were hired for the adventure.

What the boys were not told was that the real intent was to foment unrest in Sabah, in support of the Philippine claim to that Malaysian state. The plot was discovered, a scandal broke out and the Senate conducted hearings. I covered these as a staffer of the Associated Press in Manila. Some of those who testified spoke in tortured, heavily accented English. Then came a Christian who had converted to Islam, one of the trainers. He was poised, dignified and spoke in perfect English. After his testimony he was not heard from again.

The massacre, however, angered the Muslims, especially the Tausugs, resulting in the formation of the Moro Islamic Liberation Front.

The third layer of the play with music is the story of the Imao family. Abdulmari (played by Viaña) decides to be different from his war-conscious siblings and to dedicate his art to expressing himself and the culture of his people through the famous Sarimanok. He marries Grace de Leon (Antonette Go) of Pampanga, who is considered a progressive. Their son Toym (young actor Carlos Dala) takes after his father because he also becomes a visual artist, but is more like his mother in that his art is progressive and politically charged.

After the second season of “Tara, Peeps” in December, an “actor-sourced live production,” “Nekropolis,” is scheduled for February-March 2023. This is the result of consultations between writer-director Guelan Luarca (now in the United States pursuing a master’s degree) and TP’s Actors Company on the political scene this year.

“There has been a lot of violence, a lot of human rights violations and yet a big part of the population is accepting that kind of mindset,” declared Josef. “The intention is really to expose what should be exposed and encourage people to change. That is ‘Nekropolis.’”

April will see the rerun of “Ang Pag-uusig” (an adaptation of Arthur Miller’s “The Crucible”), as brilliantly directed by Dennis Marasigan. The same director, the same script but a new cast, composed of 10 new Actors’ Company scholars plus the seniors Hovie Nuevo, Viaña, Go and Tadioan.

The final production of the 36th season is “Kapwa” (Kamalayan Pilipino Workshops in the Arts) in the regions, live and online; this is scheduled for May.

“This is aimed at recalling and reliving noble values that are founded on respect for human rights,” said Josef. “That’s why our new guiding philosophy has become ‘Kamalayan na Pilipino na Makatao.’ And it is helping many organizations all over the country, local artists, with the basic principles of theater arts.” —CONTRIBUTED INQ.