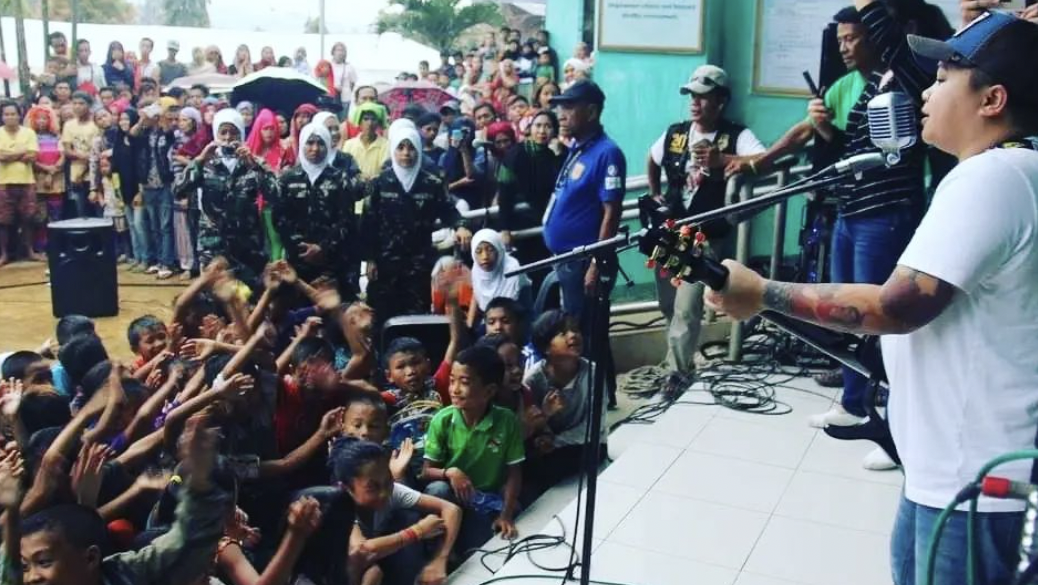 Singer Ice Seguerra looked back on performing for displaced Marawi citizens amid gunfire and bombing five years ago.

Seguerra’s recollection came via his Instagram page today, Sept. 8, where he shared throwback photos of the performances. Among those who participated were Seguerra’s wife Liza Diño, Sitti, Frenchie Dy, Janice Javier and Cess.

“[Five years ago, a few months before the start of] Marawi Siege, I, along with my wife Liza and friends Sitti, Cess, Frenchie, and Janice, with the assistance of Ms. Myrna Angot, went to the Provincial Capitol and around different evacuation centers to do mini concerts,” Seguerra said.

Although the center of Marawi has already been cleared, the fighting was still ongoing. Seguerra and company could still hear the gunfights and bombing from where they were. They had heavy security and they cannot stay in one place for a long time since they were inside Marawi. Seguerra admitted he was really scared.

“[But] the team had one goal. We wanted the displaced citizens of Marawi to have hope that what they were going through will soon end, that after hearing gunfire and bombs, musika, pagmamahal, at pagkakaisa pa rin ang mananaig (music, love and unity would still prevail),” he said, noting that they did four full shows in four different venues within one day.

“We started early in the morning kasi hindi kami pwedeng abutan ng gabi (because we cannot stay through the evening) due to security reasons,” he said.

“It was tiring but after seeing the IDPs smile and sing along with us, it was more than worth it,” he said. “Because as singers, it’s not just our job to entertain but we are here to inspire and make them believe that despite the circumstances, they can still look forward to a better tomorrow.” JB