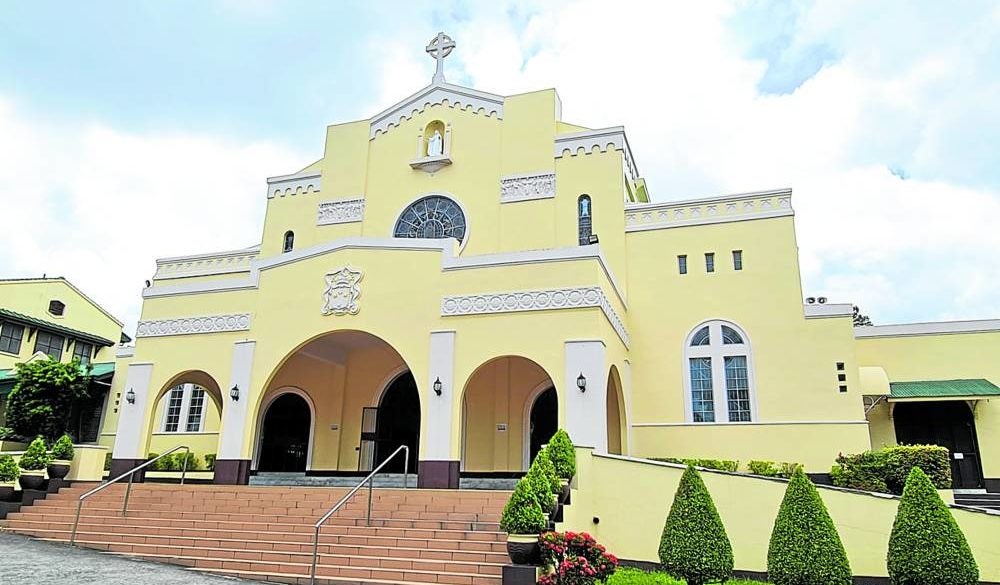 Our Lady of Mount Carmel Church

The monastery of the Discalced Carmelite nuns in Lipa City, Batangas, closed its yearlong diamond jubilee celebration on May 31, with pilgrims and devotees flocking to the Marian Shrine and attending the closing jubilee Mass presided by Lipa Archbishop Gilbert Garcera.

Since its founding on May 31, 1946, the convent, known officially as the Carmel of Our Lady Mary Mediatrix of All Grace and St. Teresa de Jesus, has become a key Marian shrine in a country that’s been called a “pueblo amante Maria,” a “village in love with Mary.”

Lipa Carmel gained national and even international attention in 1948 with the reported shower of rose petals that accompanied the alleged Marian apparition to Carmelite postulant Teresita Castillo.

The Blessed Mother had supposedly identified herself as the “Mediatrix of All Grace,” one of the several ancient titles of Mary. A statue based on how the vision allegedly presented herself to Castillo was later molded, and this has since graced the convent.

A commission of bishops ruled in 1951 that the incident had no “supernatural” basis and imposed silence on the Lipa Carmelites. The devotion was ordered stopped and the statue ordered destroyed by Lipa apostolic administrator Rufino Santos (later Manila archbishop and the first Philippine cardinal).

But somehow the devotion continued. But while the statue was not destroyed and has continued to stand on convent grounds where Castillo allegedly saw the vision, pilgrims are barred from approaching it: they can only view it from afar.

Bishops who signed the 1951 ruling later told their relatives and friends they believed the apparition was authentic but they had been forced to sign the negative verdict by the apostolic delegate, Archbishop (later Cardinal) Egidio Vagnozzi.

The Vatican’s Congregation of the Doctrine of the Faith (CDF) in 2015 said that Pope Pius XII in 1951 had approved the commission’s negative ruling, but did not show any document to prove it.

In 2018, the journals of University of Santo Tomas (UST) rector Fr. Angel de Blas, were discovered in the Dominican archives of Santa Sabina in Rome.

Fr. Blas was a clinical psychologist who had established in 1938 UST’s experimental psychology laboratory, the first of its kind in Asia. He was assigned by the commission to interview and interrogate Castillo.

In his journals, the Dominican friar-scientist found Castillo an “authentic seer.”

Despite the CDF ruling and perhaps because of Father Blas’ findings, Lipa Carmel continues to draw pilgrims, devotees and tourists.

Lipa Carmel, with its statue of Mary Mediatrix of All Grace, has been declared by Batangas Gov. Hermilando I. Mandanas an “important cultural property and heritage of the province that needs to be preserved, protected and promoted.”

In his Proclamation No. 02-2017, Mandanas said the convent is the “center of celebration” of the annual National Day of Prayer on Sept. 12, feast of the Holy Name of Mary.

President Gloria Macapagal Arroyo, a devotee of the Lipa Virgin, signed Presidential Proclamation 1361 in 2007 setting Sept. 12 a “National Day of Prayer and Reconciliation” to commemorate the Lipa apparition.

Mandanas in his proclamation noted that the Carmel convent of Lipa “has been the actual pilgrimage site not only of the people of Batangas but also [of those] from various provinces … in the Philippines and even from abroad, who come here in Batangas to honor, respect and [offer their] devotion to Mary Mediatrix of All Grace whose statue is prominently enshrined in the convent.”

Moreover, the convent with its statue of Mary has become a “cultural and tourist attraction … contributing to “the socio-cultural and economic (enhancement)” of Batangas.

Lipa Carmel was born right after the devastation of World War II.

Because it was the headquarters of the retreating Japanese forces, Lipa, like Manila, suffered the brunt of Japanese reaction against US liberation forces.

The Japanese military duped the Batangas menfolk by promising them safe passage only to herd them, once they were gathered on Feb. 27, 1945, into the Lipa seminary, where they were bayoneted. Taken over by the Japanese in 1942 and transformed into their headquarters, the building was subsequently burned down along with the bodies.

Other bodies were dumped in a nearby brook. It is said only three men survived to tell the gruesome tale.

Almost a year later, in January 1946, Lipa Bishop Alfredo Versoza, who himself escaped the massacre thanks to a timely tip, wrote Mother Theresa of Jesus (the French Marie Victoria Pagot, popularly called “Ma Mere”), prioress of Manila Carmel and the foundress of the discalced Carmelites in the Philippines, to open a convent in Lipa. He offered a 3-hectare piece of diocesan land to the Carmelites.

When Ma Mere and Sister Mary Cecilia, the first Philippine Carmelite and who was to become the first prioress of Lipa, checked the site, they were shocked that the traces of devastation of the previous year were still evident. According to an official history of the Carmelite nuns in the Philippines: “Though a year had elapsed since then, very little had been done to clear the place, especially in the suburbs of [Lipa]. The devastation that met the Foundress’ eyes all around the place spoke plainly of those horrible times. It was not an encouraging sight.”

But Ma Mere and the Carmelite nuns boldly took on the task of erecting the monastery. As the Carmelite history recounts, “It needed a heart aflame with holy love and zeal to look beyond these scenes of destruction and see the whole place converted into a ‘fair desert land,’ another ‘Paradise of the Lord,’ a ‘garden for Mary’s Carmel.’”

May 31, 1946 is considered the foundation day of Lipa Carmel because the act of foundation was signed on that day by Monsignor Versoza, who assigned Lipa Auxiliary Bishop Alfredo Obviar as spiritual counselor of the Carmelites.

May 31 is also the Feast of Mary Mediatrix of All Grace.

The cornerstone laying took place on Aug. 15, 1946, Feast of the Assumption. It was attended by former first lady Aurora Quezon.

Since then, Lipa Carmel has grown by leaps and bounds as a center of Marian devotion. The beatification causes of Monsignors Versoza and Obviar have been introduced in Rome. With the approval of Pope Francis, the former has been called “Servant of God,” the latter “Venerable.”

Last May 31, devotee Mariano Cuenco, 76, said he met Castillo when she was still alive (she died in 2016) and had asked her to pray for him. He later got the “favor from God.”

Regina Magadia, 49, said she was healed by praying to the Mediatrix of All Grace.

Cuenco said in Tagalog that Castillo was persecuted all her life because of the 1948 incident, but she was defended by Versoza and Obviar, who are now on their way to sainthood.

Whether the apparition was real or not, Lipa Carmel continues to be a channel of grace for the faithful.

As Mother Cecila of Jesus, foundress of Lipa Carmel, once said: “Lipa Carmel is the Carmel of God’s merciful love. The years … have been the unfolding of God’s mystery, the condescension of love and mercy…Yes, God is the maker of history. Sunlight and shadow show forth His glory … We press on to the goal.”