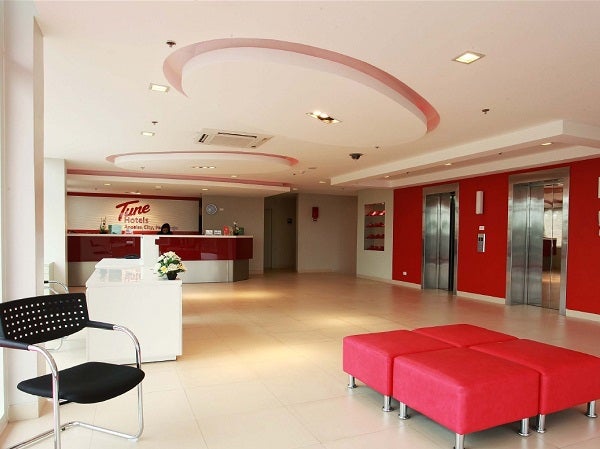 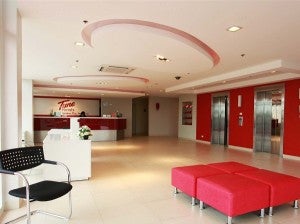 MANILA, Philippines—Some may have misgivings about booking flights at the Diosdado Macapagal International Airport in Pampanga because of the time it takes to travel from Metro Manila. But with a newly-opened budget hotel in the area, passengers may soon find themselves making the DMIA their preferred airport.

Cue in no-frills Tune Hotels originally from Malaysia which promises guests lower rates due to their pay-as-you-use scheme where one can choose and pay only for amenities they need when looking to stay at a short period.

Its country manager, Ann Olalo of Red Planet Hotels Limited, which operates Tune Hotels in the region, promises that hotel guests will get a bang for their buck without sacrificing quality.

The hotels also have restaurants and convenience stores at the ground level so guests don’t have to head out for whatever they need during their stay.

But most important for Tune Hotels according to Olalo was the strategic locations which place them at commercial or business centers in all three countries where they have been established.

So that even without the services that luxury hotels offer, guests at Tune Hotels are always just a stone’s throw away from restaurants, shopping malls, and airports—as in the case of its hotel at Clark,

Ten minutes by car from the DMIA, Tune Hotel – Angeles City which sits along Don Juico Avenue in Malabanias village is possibly the best option for transient travellers who need to stay overnight within the area to catch their flight the next day. A plus was that they “can easily afford our rates. It makes sense for the practical traveler [to stay at Tune Hotels].”

From the basic P588 price of their twin or double rooms, guests can bundle or customize amenities they want in their rooms when booking online at www.tunehotels.com with add-ons like cable television, wifi, laundered towels, toiletries, air conditioning as well as other services. Prices may even go lower during promotional periods. 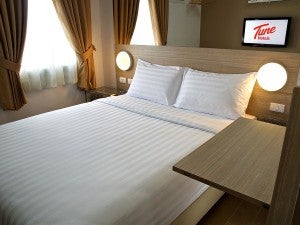 Without meeting rooms, business centers, swimming pools nor gyms, Tune Hotels is clearly cut out for backpackers and travellers who want to save their money for sightseeing or shopping instead of costly stays at a luxury hotel.

Tune Hotels may not be the place for large company gatherings but for individuals or groups looking for cost-efficient hotels to stay at, this one has “the essentials,” said Olalo.

Free internet access is available at their main lobbies for those who might opt to exclude wifi from their bill.

This particular hotel has 165 rooms in its 10 floors—123 are double rooms while 42 are twin rooms.

Since its beginnings in Malaysia back in 2007, the international low-cost hotel brand has become popular for travellers in Southeast Asia and the United Kingdom and Olalo says that travellers who have

stayed at Tune Hotels elsewhere in Southeast Asia and the UK are excited that they have now arrived in the Philippines.

“Our advantage is that this is a new product (but is) a brand that is (already) present in the region,” Olalo explained.

Tune Hotels can be found in three key cities in the Philippines now: Angeles City, Pampanga; Cebu and Manila.