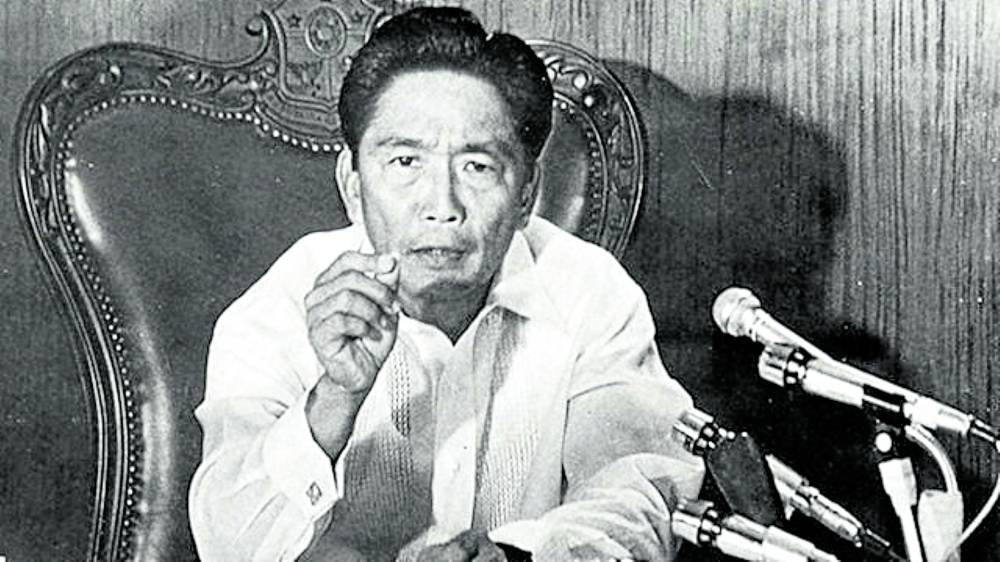 ‘Martial law has been declared’: A cultural memoir

It was the morning of Sept. 23, 1972. A driver from the Philippine Graphic magazine, where I worked, woke me up with the news: “Martial law has been declared. Inaresto si boss Morik (Luis Mauricio).” Also arrested were staffer Pete Daroy and George Sison, who wrote a column on high society critical of the First Lady. As for Mila Aguilar, she had since joined the underground. In fact, a few weeks earlier, someone from the military had called up asking about her whereabouts. I was the one who received the call; I replied that Mila was on “indefinite leave.”

I consulted my lifeline, aunt Carmen Guerrero Nakpil, who advised me to lie low as “there might be a second wave of arrests.” So I hid for a month at my sister’s place in Caloocan City, but no one was looking for me.

Fast-forward: Decades later, during a high school reunion, a classmate who was a retired general informed me that they had a dossier on me, but I wasn’t arrested because “you were not important enough.” Duh.

During that final week of September, I moved around in a kind of daze. In one of the crowded districts I bumped into playwright Bert Florentino.

“Are you in hiding?” he asked.

“Kit Tatad’s voice droning all day on TV is driving me crazy,” he exclaimed. “I have to think of my family, I have to leave this country.” He made good his threat. He migrated to the United States, where his wife set up a gallery that promoted Philippine art.

For a few months, at the behest of an aunt-in-law, a Roces, I translated Spanish comic books, filled with lachrymose tales of love (Spanish bakya) into Tagalog for Roces Publications. Then around the end of the year, I joined Planters Products at the invitation of the editor of publications, who I recall had published a short story in the Philippines Free Press.

A kind of safe house

Planters was pro-Marcos, pro-martial law; it had to be. But a few employees were sympathizers of the protest movement and even the underground. Writer Jo-Ann Maglipon visited friends and solicited contributions for the cause, as did poet Gelacio Guillermo, whom we called Jun. Norma Miraflor declined to be regularized, as she had other plans. She was a friend of Ben Bautista, another award-winning writer and marketing communications head, who was an Ateneo buddy of Greg Brillantes. Nonoy Colayco, who had contributed to the Leader magazine edited by Nick Joaquin, was a right-hand man of public relations boss Charlie Agatep.

Once, Agatep marched into the office of Bautista and had a shouting match with him. Tsismis na ito; this is no longer history. “What happened, what happened,” I badgered Charlie’s secretary, who smiled nervously and raised a warning finger to her lips. “Quiet ka lang dyan.”

With me at publications was Mar Arcega, who wrote poetry and had won a Palanca Award for writing plays. Also Cip Apolinario, a former deskman for the Manila Times. Cip was a gentle soul and a devout Protestant who read the Bible during his spare time at the office. Vic Tirol, another refugee from the Manila Times, stayed for only 11 days; the scuttlebutt was he couldn’t stand the editor of publications.

In the lion’s den

By 1975 I had grown tired of pushing fertilizers and pesticides and landed—gasp—in the Research and Analysis Center (RAC) of the Department of Information under Tatad.

“Save Amadís from that government job,” Lorna Kalaw-Tirol pleaded with her husband, Vic, who was by now gainfully employed. But it wasn’t too bad, really. I was in the company of future National Artists, short story writers, poets and scholars: Bien Lumbera, just released from jail; Rolando Tinio, Virgilio Almario, Vet Vitug, Jun Cruz Reyes, Fanny Garcia, Bimboy Peñaranda and Conrado de Quiros.

Tinio engaged in an intellectual sabunutan with critic Nic Tiongson, who had attacked his choice of plays for Teatro Pilipino.

Lumbera edited the RAC’s magazine, Sagisag. So I tried my hand at writing in Tagalog. The first attempt, a review, merited a pitying look from Almario but the second, a feature, was more acceptable. “Sumisigasig si Amadis na sumulat sa Tagalog,” Bien wrote in his editor’s preface.

“Striving,” someone volunteered the information.

I stayed for about a year at RAC, and then Vic Tirol persuaded me to join the Population Center Foundation (PCF), a project of the First Lady and an “elite NGO,” smirked a former project officer. It turned out to be another safe house for the radicals, among them journalist Roz Galang, one of those arrested on Sept. 23. I came in just as another journalist, Gerry Gil, head of the Population Information Division, was leaving for the US.

That year, 1975, poet Eman Lacaba went down to Mindanao to join the underground. He was killed a year later in Asuncion, Davao del Norte, leaving behind some highly regarded stories and poems, including the famous “Open Letters to Filipino Artists.” His older brother Pete had earlier been arrested, tortured and would probably not have been released had not Nick Joaquin told President Marcos to his face that he (Joaquin) would not accept the Order of the National Artist award unless Lacaba was set free; Marcos gave in.

Pinoy folk was born during the 1970s and flourished in the folk houses like Hobbit House in Malate, and Mayrics, located on España Street, facing the University of Santo Tomas. Alternative singers and bands like Asin, Heber Bartolome and Banyuhay, and Joey Ayala at Ang Bagong Lumad and Noel Cabangon led the way.

That 1928 nationalist song by Constancio C. de Guzman and Jose Corazon de Jesus (Huseng Batute) was resurrected from the musical mist and became the anthem of the protest movement. One night at Hobbit House during St. Patrick’s Day, patron saint of Ireland, Freddie Aguilar sang “Bayan Ko,” and it was a sight to see all those Irish-Americans clenching their fists, as in “Laban.”

The younger writers and activists looked up to poet-novelist Amado V. Hernandez, who later became a National Artist. Political detainees formed choral groups to sing nationalist songs, wrote poems or sketched to express themselves while in isolation, cut off from the world except for the occasional visits from friends and relatives.

It was a confluence of the literary, visual and performing arts that gained new life when the powder keg that was the assassination of former senator Benigno “Ninoy” Aquino exploded on Aug. 21, 1983. Three years later came the People Power Revolution, which created headlines around the world.

Jim Paredes of the Apo Hiking Society had issued a call for artists and writers to defend Radio Veritas from a reported threat from the government. So we, the board members of the Concerned Artists of the Philippines, including director Lino Brocka and poet Pete Lacaba, proceeded there. Mercifully, nothing happened.

On the way, we decided to go to Edsa, where the crowds were growing. We passed by the government network Channel 4, and the emotional Brocka screamed, “Lumabas na kayo dyan, lumabas na kayo dyan (get out).” On Edsa we espied essayist Sylvia Mayuga. “A new day has dawned,” I chortled, echoing what she had written in her column.

I was on Edsa on the eve of Feb. 25 but had to go home to write my column for Malaya, titled “Cultural Confetti.” When the news was confirmed that Marcos, his family and cronies had fled, I went down on my knees, as I wrote in my column, and thanked the Lord, Mother Mary and St. Therese of Lisieux.