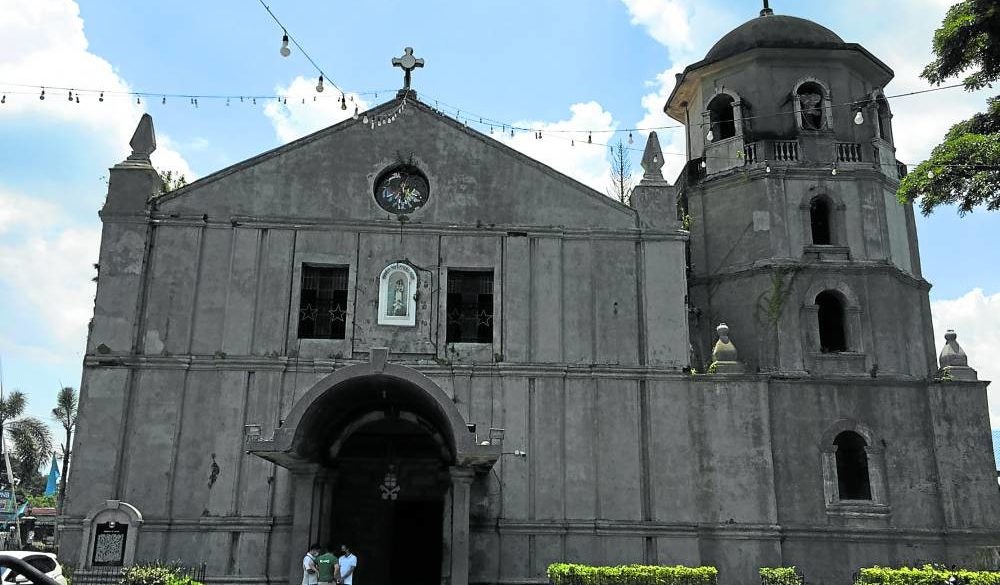 In October 2013, a violent earthquake struck the island of Bohol, damaging and destroying many heritage churches. In Silang, Cavite, realizing the threats posed by natural calamities on heritage structures and the need to have them protected, parish priest Fr. Marty Dimaranan thought of possible ways to avert such incidents on its national cultural treasure of a church dedicated to the Nuestra Señora de Candelaria. He immediately convened a number of the church’s eminent parishioners, establishing the Silang Parish Council for Culture and Heritage with Aidel Paul Belamide, Rocherrie Bayot, Josefina Liwanag, Charito Madlansacay, Phillip Lacson Medina, Hilario Pallera, Teresita Unabia and Lynette Velazco as founding members.

The first activity of the group was an exhibit of church objects in a section of the first floor of its convent in 2013, followed by exhibits of old photographs of the same church and Marian vestments at the same convent two years after to raise heritage awareness among the people of Silang.

In 2014, a resolution was filed and approved by the Silang municipal council requesting for the church’s retablo mayor and menores to be declared National Cultural Treasures (NCT). In the two years that followed, the Far Eastern University-Manila, headed by architect-historian Lorelei de Viana, prepared the architectural-technical study of the retablos of Silang as a key document in the nomination of the retablos as NCT.

A public consultation was conducted by the National Museum (NM), the declaring agency then, among stakeholders in mid-2016, and all pertinent documents were submitted to the former for the possible declaration.

Later that year, NM declared not only the retablos as NCT but the entire Silang Church Complex, which includes the church, convent and plaza.

The NCT marker was unveiled in 2019, the year after a 3D scan was undertaken of the church complex by Digiscript Philippines on a grant to the church from the National Commission for Culture and the Arts.

Also in 2019, a grant was awarded to the council by the Museum Foundation for an exhibit and publication of that exhibit’s monograph, “In Nomine: Iconographical Study of Silang Church,” authored by Medina.

In 2020, another exhibit was held by the council not in Silang, but in the larger Museo De La Salle at De La Salle University-Dasmariñas featuring garments worn by Silang’s patron saint, including one said to be miraculous.

In March 2022, the facade of the Silang Church was cleaned by Karchër Philippines using the innovative high-pressure-steam technology, the first to be cleaned by the company outside Manila. Fr. Ricky Villar of San Agustin Church in Intramuros, the first structure in the country to be cleaned by Karchër in late 2019, helped the parish in this free endeavor; Karchër is scheduled to be back in town for the cleaning of the rest of the Silang church walls.

The present Silang Church was built possibly between 1637 and 1639 and Juan Salazar was attributed to have constructed it.

A previous church of wood was destroyed by fire in 1603, while its first church, built by the Franciscans, the first religious order to proselytize in the town, was most likely made of light materials.

In the Cultural Center of the Philippines Encyclopedia of Philippine Art, Jesuit historian Fr. Rene Javellana notes how the existing church, “although lacking in architectural beauty, is a sturdy structure with thick walls and stout buttresses supporting the rear wall and the Gospel-side nave.”

Javellana further notes that the “plain church facade, flanked by a squat bell tower, gives no indication of the stunning and well-preserved retablos within.”

These late 17th- to early 18th-century retablos are Silang’s cultural treasures, with the retablo mayor (central or main retablo) depicting the life of the Virgin Mary replete with rare reliefs and statuaries of Franciscan and Jesuit saints.

The uppermost relief is the Santo Niño de Ternate, while eye-catching angel heads decorate the flanges of the retablo. The epistle-side retablo also has Jesuit saints, but its most interesting feature is the relief of Paul Miki and his companions, the martyrs of Japan who, according to Medina, were placed into the retablo even before their canonization in 1862.

Meanwhile, the Gospel-side retablo features women saints such as Santa Catalina de Alejandria, Santa Teresa de Avila, and Santa Elena. This particular retablo is separated from the nave by a wrought-iron fence which used to be part of the church’s perimeter fence.

In the 1950s, the church was renovated by the Columban priests by replacing the decrepit ceiling with pieces of varnished wood and making the side windows bigger to allow more light and air. In 1989, the topmost portion of its octagonal bell tower, destroyed by the 1880 earthquake, was reconstructed.

The Franciscans, as mentioned, were the first to evangelize Silang, then a vast area comprising a large portion of what is now Cavite province. The cities of General Trias and Trece Martires, as well as the towns of Rosario, Tanza, Naic, Ternate, Maragondon, Magallanes, Gen. Emilio Aguinaldo (Bailen), Alfonso, Mendez-Nuñez, Indang, Amadeo, Carmona, and portions of General Mariano Alvarez used to comprise the old Silang.

This mendicant order, the Franciscans, arrived in Silang in 1585 and established it as a parish in 1595, but the Franciscans turned it over to the Jesuits for lack of personnel, with two Jesuits priests surnamed Seguera and Lopez assigned in town in 1601.

During the Philippine Revolution of the late 1890s, only the church complex remained in town after all other structures were set on fire by the Spaniards in early 1897.

In its more than 400-year history, apart from the Franciscans and Jesuits, the town was administered by the Secular priests, Augustinian Recollects, Congregation of the Immaculate Heart of Mary, Columban Fathers and the Seculars again from 1978. In 1945, the Columban fathers gave the convent to the Missionary Sisters of the Immaculate Heart of Mary, which converted it into the Infant Jesus Academy. The convent was given back to the parish in 2014, and it is now called Museo de Silang.

Much has changed in Silang through the years that only its church complex is the most prominent landmark of its Spanish colonial past. That church complex is the heritage of all Silangueños, said Medina. “Even residents of different faiths identify it as ‘ating simbahan’ (our church),” he added.