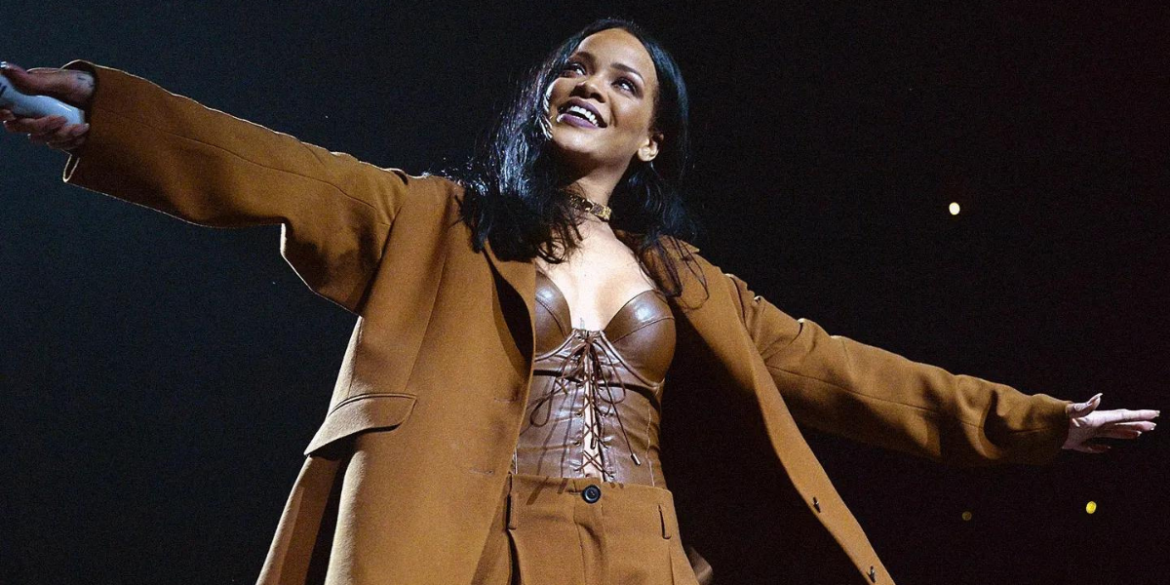 In an unforeseen surprise, it was announced that Rihanna is slated to head the 2023 Super Bowl Halftime Show. This comes amid reports confirming it, as well as with her own post via her instagram. Despite having once turned down the offer in 2019 in an effort to stand by NFL player Colin Kaepernick in the fight against racism, the 33-time Grammy nominated artist is the latest in the historical line of industry legends to have graced the globally anticipated halftime show, with artists such as; Bruno Mars, Beyonce, Coldplay, The Weeknd, Kendrick Lamar, Katy Perry, Madonna, Prince, Michael Jackson, and Red Hot Chili Peppers as some who have done it.

It’s been a while since we last heard from the 9-time Grammy winner – and at this point all-time favorite. Rihanna has seemingly stepped away from the musical spotlight with her last solo project, “Anti,” being from six years ago. While she has appeared as a collaborator in other titles such as “LOYALTY” with Kendrick Lamar in 2017, or “BELIEVE IT” with PARTYNEXTDOOR in 2020, as well as performances outside her own world tour with her 2018 Grammy appearance alongside DJ Khaled and Bryson Tiller, fans all over the world have been left to wait for a track that truly has her fingerprints all over it.

Coming after a performance fit for the history books with the previous show led by Dr. Dre, Snoop Dogg, Eminem, Mary J. Blige and Kendrick Lamar, which achieved five Creative Arts Emmy nominations and won three out of it, Rihanna has huge shoes to fill, with expectations soaring through the roof with the widespread excitement for her return to the scene. Recalling his own experience, Dr. Dre in an interview with Apple Music 1 advised the singer to “Put the right people around you, and have fun.”

Rihanna has moved away from music in recent years and has instead focused on other ventures. Now more than just an artist, she has gone on to explore beauty and fashion through her Fenty Beauty line and her Savage x Fenty lingerie brand which she launched in 2017 and 2018 respectively. Aside from that the now multifaceted legend has also chosen to enjoy her life, something she has not fully been able to do considering the fame she achieved at such a young age. She relishes a continuously growing romance with boyfriend A$AP Rocky, and recently welcomed a newborn with the rap superstar.

The upcoming performance is set to be a culmination of all of Rihanna’s experiences in the past six years. While fans are expecting teases of new music from her, and it is possible, seeing how she’s grown since we last saw her is definitely something to look forward to. The highly anticipated conclusion to the NFL season is set to be held at the State Farm Stadium in Glendale, Arizona on February 12, 2023 and is sponsored by Apple Music.