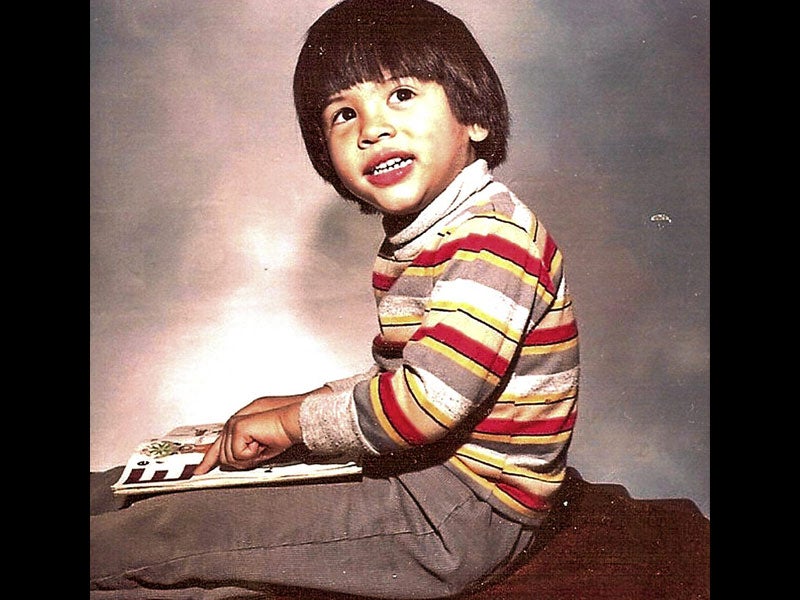 By: Lirio Sobreviñas Covey     Philippine Daily Inquirer / 09:01 AM June 25, 2011
WHEN my firstborn was not quite four months old, his first nanny had delighted me with the comment, “You have a precocious son.” And so it was that Billy became a source of family pride with his growing social, physical and mental prowess.

So imagine what a shocking blow it was when several years later, Dr. Isabelle Rapin, a noted neurologist in New York, gently told me that our second son Mikey, then 3, had what she termed “a brain disorder” and would likely need supervision throughout his life.

This very general diagnosis followed an earlier labeling of my child that should have been unnerving, but was not at the time. Looking back, I was probably refusing to acknowledge the observation of family and friends, and the doctors’ eventual findings.

First, it was a baby-sitter’s comment when Mikey was 18 months old. “He fusses too much,” she complained. Then a cousin, who was a nurse and a mother of two, advised me: “You’ll need to always watch over Mikey.” And then Mikey’s second baby-sitter who cared for him all day while I was at work, told me to take him to a neurologist because she was noticing some unusual signs.

Shortly after that, at his third annual check-up, I asked his pediatrician why Mikey was speaking only single, monosyllabic words, and not responding readily when I call him by name. Dr. Brittis referred me to the Burke Rehabilitation Center in White Plains for a hearing evaluation. His hearing was fine, yet they sent me home with the pamphlet titled “Rights of Handicapped Individuals.”

I mentally rejected the pamphlet because I did not think the “handicapped” label applied. He was not crippled or blind. They gave me a further referral to an early child intervention psychiatric clinic, which made me feel better. Psychiatry? We can handle this; at least, it is not physical.

But it was not to be. So at the age of 3, Mikey began to see a psychiatrist and a psychiatric social worker regularly, to help him develop his speech. Not long after beginning the sessions, however, he began to experience sudden head lurches along with a fall. He would drop to the ground, his head bumping into objects that were in the way. If the object was sharp or hard, it would cut his facial skin. This happened several times. A cut on his nose when his face dived into a glass bowl; a cut on his forehead when his head jerked against the mouth of a metal coffee pot. Another time, his head hit the edge of a wicker table. Each of those times was followed by a trip to the emergency room for stitches to close the head wounds. Each of those times, he struggled on the surgery table. Each of those times, I felt numb.

Mikey’s therapist consulted her former mentor, the noted Oliver Sacks, for a referral. He sent us to Dr. Isabelle Rapin, a foremost pediatric neurologist. After an hour and a half of consultation, a normal awake EEG, and an abnormal asleep EEG, she gave us a tentative diagnosis – a brain disorder. It was 1982. At that time, even among experts, little was known about Mikey’s condition.

The therapy sessions continued, the goal being to develop my son’s social skills, to encourage more speech. Several months later, it was time to start nursery school. We were advised to turn to the county’s social services for disabled children, and from here we were directed to special education schools.

Four years and four special schools later, Mikey at the age of 9, was finally in a school that seemed to match his unusual behavior and limited cognitive skills – or, one could say, impairment. It was a program for kids with autistic disorder.

So Mikey was no longer just a child with seizures, or a child with mental retardation, and certainly not a child with a hearing problem. He was a child with autism. He was in a class of six children, four boys and two girls, in a public elementary school in Westchester County, New York. As he and his classmates grew in age, the class size also grew. Every two or three years, his class and a second one set up for new enrollees of his age were moved from one, fortunately bucolic, Westchester public school to another.

At 21, he was considered to have graduated – which he actually did, in blue colored graduation cap and gown. Along with 200 seniors of the regular high school program of the Thornwood Westchester high school, he joined the graduation march (his partner, a female senior, was the valedictorian), sat calmly at the dais through the speeches, and went to receive his diploma from the principal when his name was called. My husband and I, his Uncle Ricky, and Inez, his nanny since he was 2, were present. We were thrilled!

Watched over by the Office of Mental Disabilities and Disorders of New York State, Mikey’s school years were now over. It was time to go to work. He segued into the sheltered workshop system of an organization called the Young Adult Institute. No, he did not “work for a living” as most people do. The workshop staff assessed his abilities and his interests. They found that what he could accomplish were clerical tasks – organizing papers, gathering papers with paper clips, stuffing envelopes with routine mail, affixing stamps. He also liked to do indoor gardening – watering plants, cleaning out the dried leaves.

Mikey is now 33 years old. He moved to a group home 10 years ago. The home is in the lovely town of Armonk, New York, a 40-minute drive from home where he grew up and where my husband and I still live. He lives with five other adult men, all of them with autistic disorder ranging from mild to severe. They receive 24/7 supervision. Each one attends a work program from Monday to Friday, and weekends are their recreational and rest days.

For Mikey, most weekends are spent with us, his family. We have a weekend home in Long Island, New York, where we gather with Billy, our firstborn, his wife, and their two little girls. Because Mikey’s housemates regularly go on recreational trips during the weekends, we take Mikey with us only every other weekend. I believe Mikey likes both activities – going out to movies, restaurants and games with his housemates, as well as spending time with his family.
On the day that Mikey moved into his group home, as I exited his new house, the residential supervisor said to me, “Enjoy your freedom.”

Indeed, it was a kind of freedom. My time was much more my own. No more rushing home from work or from an evening out so that Mikey’s nanny herself could go home. Freedom… to go away on long weekends, for extended weeks-long vacation trips, or simply dinner, with the assurance that Mikey would be in caring hands.

It was not entirely an emotional freedom though, for I missed Mikey very much. I had looked forward to coming home from work each day, to opening the door and calling out “Hi, Mikey!” and seeing him there. I missed making his meals and having dinner with him, tucking him into bed and saying our nightly prayers. I even missed shopping for his clothes. I think Mikey missed us too, very much.

So I learned to look at the big picture. Mikey is blessed with multiple environments. With supervision from a team of caregivers, he lives in his own home with his peers, where he can live with dignity and comfort. Periodically, they socialize with other group home residences at dances and parties. On weekdays, he goes to a work and recreational environment. Most weekends and holidays, he joins us his family, as most other adults do.

As for me and my husband, our thoughts are on the future. Should we become unable to care for Mikey for reasons of illness or death, we are assured that in his group home setting, people who know him well will be there for him. We realize we will not always be around, so we have to let go, enabling him to grow some more and live in a sustaining setting.

If our current plans prevail, the Armonk house will not always be Mikey’s home. My husband and I, along with Billy and his family, are planning to return to live in the Philippines. This decision has been made with much thought and prayers for discernment. As our working life here in the US comes to a close, and still feeling strong and productive, we wish to give back, with our learned skills, to the Philippines and to also enjoy the richness of family life and the pleasures of long-time friendships.

We will take Mikey with us when we go back. We would like him to experience the joys of family and the Filipino culture, too. Our concerns for him remain the same as they would be, if we live in the US. Who will take care of him when we are no longer able?

During my visits to Manila, it did not take long to recognize that there are many Filipinos like Mikey. Recent statistics cited by the Autism Society of the Philippines state that there are more than 1,000 Filipino children with autism; and these numbers are expected to grow. As well, parents are coming to realize that their children with autism will become adults. Along with their many daily living needs, they will develop other needs – for independence from their parents, to live a life of their own, with their peers.

This lifestyle for adults with autism, even those with moderate to profound impairments, is happening in many residences across the world. It does not yet exist in the Philippines. This is a dream that I would like to become a reality. A safe, secure, comfortable, productive, wholesome residential environment where Mikey and other adults like him can live in their own homes, together, securely, comfortably, and productively, even when my husband and I am gone. •

Lirio Sobreviñas Covey is a graduate of St. Theresa’s College, Quezon City and Manila, a New York resident for over 40 years, and currently Professor of Clinical Psychology and Senior Research Scientist at Columbia University in New York. She and several parents of and advocates for persons with autism have started the Association for Adults with Autism, Philippines (AAAP). The association, a non-profit corporation registered with the SEC, will develop and operate “A Special Place,” a residential program for adults with autism. Covey can be reached at [email protected]