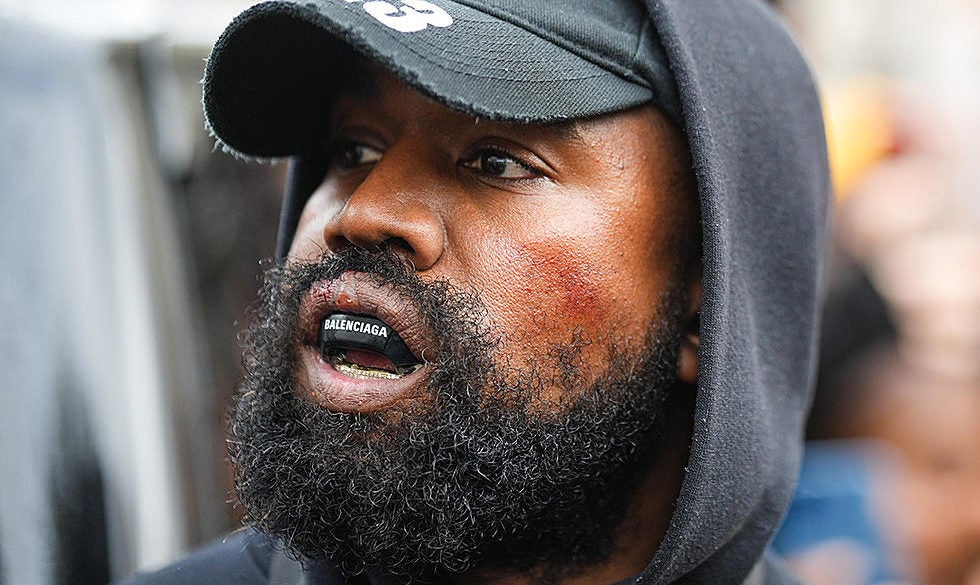 The jig is up. The world has had enough of Kanye West’s antics after recent attacks against fashion editor Gabriella Karefa-Johnson. This comes after Ye’s surprise show for his Yeezy (now called YZY) Season 9 collection where the rapper-producer had models go on the runway wearing ‘White Lives Matter’ shirts. 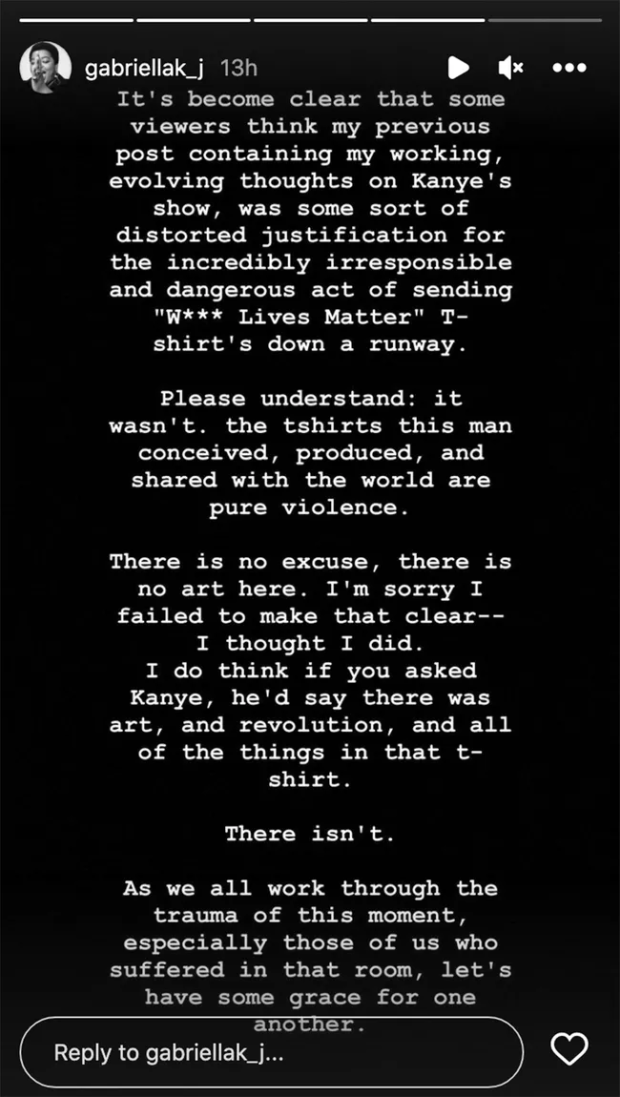 The Vogue contributing editor was quick to call out the madness and expressed her anger at his  “indefensible behavior” saying “I do think if you asked Kanye, he’d say there was art, and revolution, and all of the things in that t-shirt. There isn’t.” Karefa-Johnson was positioned on the front row of his Paris show, the best seat in the house for his latest escapade. She also criticized Ye’s thought process for his artistic expression where she stated “I guess I get what he tried to do– he thought it was Duchampian. It wasn’t,” in one of her Instagram stories. She addressed that Ye was attempting to show a possibility where whiteness would be in danger or in need of saving. But in her words, “the idea that white supremacy is in danger of extinction is what justifies mass incarceration, murder en masse, indeed even the advent of slavery.” To her, his expression was but a rallying cry that could potentially encourage extremists and racists, a dangerous thought to be shared.

West in response took to Instagram in a now-deleted post to make fun of the fashion editor. He shared a photo of her wearing brown boots and implicitly joked about her appearance, and hinted at her lack of fashion taste, judging her as incapable and unworthy to comment on his art. He also posted a screenshot of a conversation where he was told to not “insult that writer.”

Others have gone to Karefa-Johnson’s defense including Gigi Hadid who commented on one of Ye’s posts and said “You wish you had a percentage of her intellect. You have no idea haha… If there’s actually a point to any of your shit, she might be the only person that could save you.”

Ye later on in another Instagram post said “Gabby is my sister” as he shares that the two met and had a meal together where they mutually apologized and expressed their thoughts on what had happened. He said, “She disagreed I disagreed we disagreed, at least we both love Ferdie and fashion.”