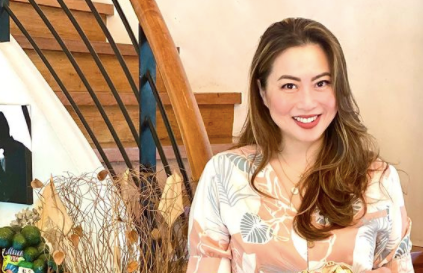 In an Instagram post, Ching documented her experience in renewing her license which started when she took an eye check-up and blood pressure check.

“After the medical I went back to the LTO. The first thing they did was to get my medical certificate, after which pinaupo ako (they made me sit). After that, they called me. Nag-input lang ako ng data ko,” she said in the short video.

After paying the renewal fee and biometrics, Ching finally had her picture taken for her new license.

“After the picture, that was it. Ni-release na ‘yung aking license (My driver’s license was released). That was very, very fast,” she said.

She further said in the caption of her her Instagram post that while her old license won’t expire until her birthday in December, she decided to renew early.

“FYI: my old license expires on my 49th birthday in December however i decided to renew it early. You can do that up to 60 days before your license expires. Yes to 10 years!!!!” the TV host stated.

In the video, Ching also shared some tips for those renewing their diver’s license. One is to bring money in small denominations such as 20, 50 and 100.

“Try not to bring a thousand because baka mahirapan magsukli (they might not have enough change). Just remember, there will be a few of you bringing the same amount of money. Bring about a thousand and five hundred,” she said.

She also recommended going to the LTO office in the afternoon or after lunch as “a lot of people want to do things in the morning so mas maraming tao (there’s more people).”

“Honestly, they’re so efficient here at UPTC-LTO at wala akong naging problema (I didn’t have a problem), really. From 9:11 to 9:52, that was very, very fast,” she said.

Also, Ching advised those wanting to have their licenses renewed to check online first “if you need to change some stuff like change your name from single to married name, or other things.”

“Please double check with LTO because they’re gonna ask things for you to bring. For example, sa akin marriage certificate ko. To be sure, check with LTO online and remember to take the exam online to make it easier for yourself and everybody else,” she said.

“Of course it helped that i created an account on the LTO portal at home yesterday and took the test,” she said in her post. She had it printed out and brought her marriage certificate because she needed to finally change her name to her married one.

“T’was very fast and easy. The personnel in both the LTO and the clinic next to it were efficient and ready to help,” she said. EDV