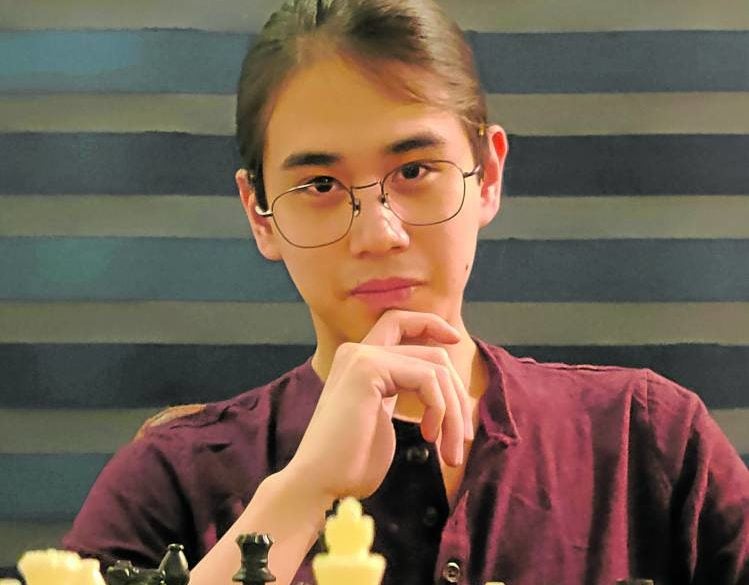 Open challenge: A student’s tale of surviving and thriving after ‘Yolanda’

If you’ve passed by the wooden tables on SEC Walk at Ateneo de Manila University’s Loyola Heights campus, chances are, you’ve at some point spotted a lanky, bespectacled man, always clad in a longsleeved shirt, seated with a chess set and an “Open Challenge” sign on the table in front of him. He is Marku Jose Go Garcia, a third-year literature student.

Born youngest of three siblings, Garcia lived in Tacloban, Leyte, for much of his childhood. He considers himself old-fashioned. He got his first smartphone only in 2021. He insists that Tobey Maguire was a better Spider-Man than Tom Holland. He enjoys photography and prefers film cameras over digital ones.

Garcia’s experience during Supertyphoon “Yolanda” (international name: Haiyan) taught him the value of life. “I saw a woman pierced by shards of glass. I saw people pointing guns at each other. I saw a young girl’s neck twisted 360 degrees. I saw dead people on the streets. You never forget the stench [of decaying flesh],” he recounted.

Evacuated from Leyte to Quezon City, he admitted that the adjustment was not easy. “In the city, you don’t have much time, because it goes by so quickly. Time is slower in the province,” he said.

Despite being a literature student, he also has a passion for science, often dropping random scientific facts and analogies in casual conversation. When asked about his favorite color, brown, he likens it to the bare trees around Ateneo campus, saying it reminds him of old friendships.

Garcia used to play chess to pass the time in high school. He now plays chess to make new friends—he usually wins and sometimes has to teach people how to play. He wants to improve and help others improve over time. “The accomplishment you feel when you know you’ve improved is the best. I would most likely continue playing until the day I die,” he said.

Garcia wants to pursue teaching, something he considers special, and to honor Melanie Daria, a friend he lost to Yolanda.

“She was only five years older than me. For four years, she raised me and showed me the world. At 18, she died during the super typhoon. I’m grateful to her. Her dream was to be a teacher. I believe her memory will live on if I become a teacher,” Garcia said.

He continues to try living his life to the fullest, because he survived an event that took the lives of many. “I’ve never seen my life as something essential or important, but I feel [the need to do better] because people died, while I’m here alive and surviving,” he said. —CONTRIBUTED

The author is an AB Communication junior at Ateneo de Manila University.