Months after she shot the first season of “Drag Race Philippines” and months before the show started streaming, thousands upon thousands of Filipinos had a memorable Minty Fresh moment without realizing it.

It was such an epic moment, a viral moment—this sea of pink singing the same song with such fervor—that Grande herself reposted clips with teary-eyed emojis and the words “I could not believe this was real.”

But Minty Fresh wasn’t sleeping—not with two RuBadges on her chest, not with a lip-sync against Brigiding that was so good neither of them could be sent home, not with her consistent killer looks and that flawless mug, not with her winning both the mini and maxi challenge in one episode. “I experienced everything. Yung korona na lang talaga yung kulang,” she said in her final “Untucked” episode when she exited as the top 5 queen just before the show’s final episode.

Why did you join “Drag Race Philippines?”

I’ve always been a fan of “Drag Race.” It was a dream talaga na magkaroon ng “Drag Race Philippines” so nung nagkaroon, pinush ko talaga. I felt like it would elevate my drag, mas malalagay ko out there yung drag ko and not just my drag but yung drag scene ng Philippines.

Favorite moment from the show and why?

Do people quote “Baliw!” when they see you now?

Yeah! After that episode aired, when I would go to clubs, ako yung sinasabihan ng “baliw,” parang mali yata. (Laughs)

You had so many fantastic looks in the show. Which ones were your favorites?

The pink runway, the vagina dress because it has a deeper meaning. Another favorite is the pearl runway. And yung last is the Filipiniana. Pangarap ko lang siyang masuot and nag-risk ako to ask the designer Santi Obcena to borrow it.

What “Drag Race PH” moment are you proudest of?

Marami eh pero ang unang pumasok sa isip ko is yung “Pop Off, Ate” not only for me but the whole cast. Up until now pinapatugtog siya sa clubs and nakakakilig siya ‘pag naririnig namin.

What are your thoughts on the judges?

Okay naman. May mga judges na intimidating at first and nakakapressure to be judged by them but I wouldn’t wish for a different lineup of judges.

How does it feel to have people around the world embrace the show?

What do you hope it would show the world about Filipino drag queens?

What impact would you like the show to have in the Philippines?

Gusto ko na sana mas mabigyan ng opportunities yung drag queens hindi lang sa drag scene. The queens here are more than just queens in the clubs. You can put them anywhere, even in the mainstream world. That was one of my goals in entering “Drag Race”—to elevate the drag scene, mailabas ko siya sa clubs at mas maintroduce siya sa buong mundo. We aren’t just club queens, we can do everything, anything.

What’s the weirdest thing a fan has done to get your attention?

What’s your favorite catchphrase from the show?

How did you feel about your elimination?

That final lip-sync was so emotional—what do you remember from it?

If you could do it again, what would you do differently?

(Laughs) I mean may room for improvement. 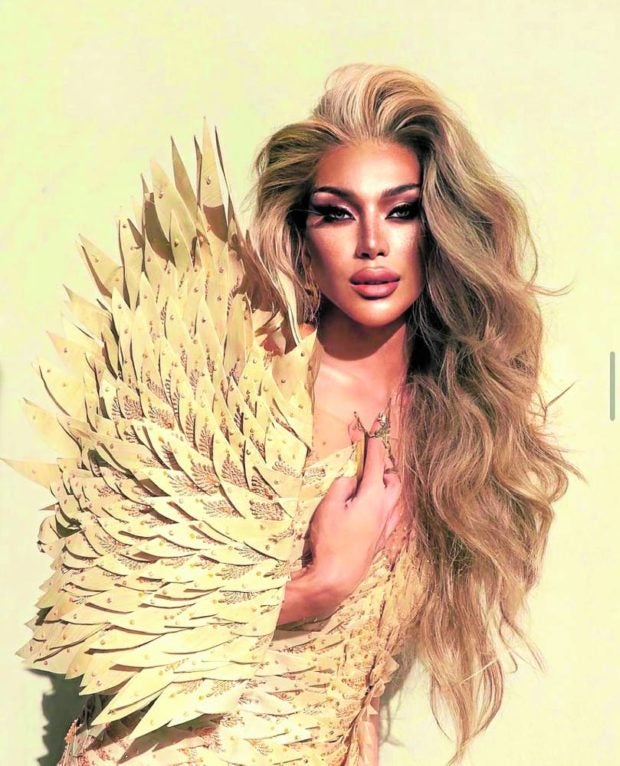 The fans can be super loving but also vicious to queens they don’t like—what are your thoughts on that?

What has been your biggest lesson from “Drag Race?”

What do you want people to know about you and your drag, that they did not see in the show?

How has the show changed your life?

Where can people catch you and see more of your work? I have weekly gigs at Nectar. Kami ni [Lady]Morgana, weekly kami nasa Nectar. Pinopost ko naman yung mga shows aside from Nectar (@minortiz on Instagram). May vlog ako, bumalik na ako sa pag-va-vlog on YouTube. And my merch is available on @mintyfreshmerch.

What are your plans post-”Drag Race”?