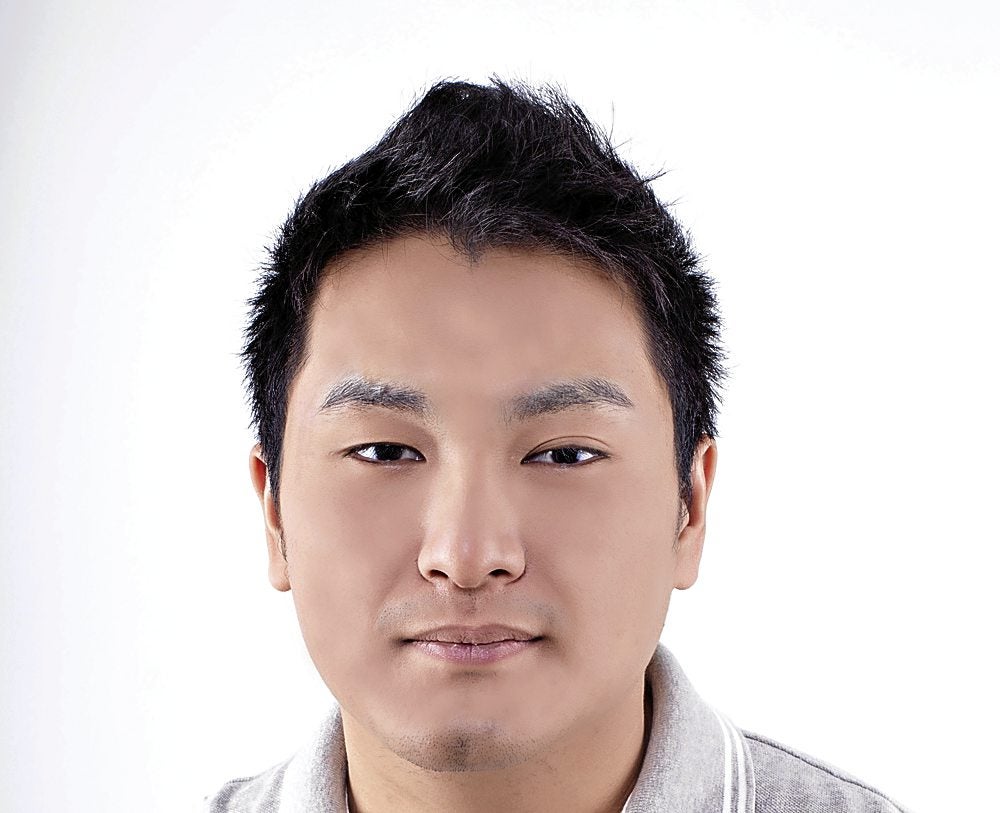 Mechanical Engineer Eric Tan, the 26-year-old son of taipan Lucio Tan, came to Prettylooks aesthetic center with an expressionless face. After the Eyebrow Reborn procedure, he left happy and confident.

“More macho,” declares nurse-aesthetician Blair Ong, 23, who enhanced his brows by making them denser, wider and darker which, Ong said, is the ideal for Asian men.

The treatment was micropigmentation, commonly known as permanent cosmetics or cosmetic tattooing. He was trained by his mother, Susan Co-Ong, touted as “Asia’s Master of the Aesthetic Tattoo.”

Ong studied aesthetics in Singapore, Taipei, Japan, France, the US, and has won foreign awards including the first prize in the Golden International Aesthetic Tattoo Competition.

She has applied 27,000 pairs of eyebrow tattoos to people of various nationalities the past 29 years. She founded Prettylooks aesthetic center which is known for micropigmentation.

“Micropigmentation is a term for procedure that embeds organic pigments underneath the skin,” explains Susan. With a penlike instrument, it takes only 30 minutes to enhance the eyebrows with natural coloring. Featherlight strokes on each hair strand are applied.

The absence of pain, swelling or side effects is attributed to Susan’s background as a registered pharmacist. She makes sure that compounds and formulations in Prettylooks are of high standards.

Cosmetic tattooing has been in the Philippines for over 30 years. Men and women want to wake up looking attractive in the morning as they did at night with their permanent eyebrow shaping, lip color or lipliner or upper and lower lid eyeliner. Aside from celebrities and professionals, the procedure is popular among the mature market with weak eyesight or unsteady hands. When applied properly, the cosmetic tattoos look very natural.

Susan and Blair developed Eyebrow Reborn, the new generation of eyebrow tattooing. Unlike the traditional cosmetic tattoo which can last 20 years, the updated version is a semi-permanent tattoo that lasts two to four years.

Although the color remains in the dermis, it can fade over time, from frequent sun exposure or water. This will require a touch-up.

Blair points out that the Eyebrow Reborn is designed for the younger and young-at-heart clients who don’t want the same lifelong make-up.

Eyebrow Reborn takes into consideration the Asian eyebrow which tends to be less dense, coarser and has a higher contrast than the Caucasian skin. The treatment’s success lies in the professional’s understanding of eyebrow anatomy and facial anatomy.

The elevation of the eyebrow, the arch position and the thickness can make or break a face.

Aesthetic eyebrow tattoo is a welcome improvement as it brightens up the countenance. Mature recipients look younger as it lifts the face. People with sparse eyebrows tend to look distressed, but with thicker and arched brows, they look happier. Men with bland faces become dashing.

There are cases, however, of botched jobs. The most common complaints are “too dark,” “wrong shade” “uneven” and “too heavy.”

Susan and Blair have had a significant number of clients who come to their Prettylooks center for repair.

According to Blair, clients come in complaining about tattoos done higher than their natural brow line, clownish brows, discoloration into blue or green or too large. The worst cases include brows with two or three tails.

“We specialize in damaged tattoos,” says Susan who corrects the color, shape and evenness of the tattoo.

She recalls that one of her most challenging cases was singer Cynthia Patag’s botched eyebrows which took her six sessions to remove and reconstruct the new tattoo.

Over the years, Susan has done the eyebrows of Cory Quirino, Sandy Andolong, Perla Bautista, Connie Angeles and the late Doña Luz Magsaysay who at 79, had permanent makeup. Susan notes that tattooed eye brows in the ’80s were more dramatic, high contrast and emphasized. In the ’90s, eyebrows were fuller and darker.

Blair is catering to the younger market of models such as Alyanna Arañez, Eskinol guy Mark Enriquez, and upcoming singer Jaco Benin. Today’s semi-permanent brows are well-defined, neither too dark or too thin.

Sometimes clients come with illustrations of their ideal brow which Susan nixes. She can make over a thousand brow shapes but the perfect brow depends on other factors such as age, skin tone, facial contour and personality.

“If the client is conservative, we don’t make the brows too archy. They are softer and more natural,” she says.

“If the client is sexy, the eyebrows are more defined and have a high arch,” adds Blair.

By word of mouth, Prettylooks has also been getting many clients for permanent lipcoloring. Aside from the vain market, there are smokers who want to lighten their dark lips and burn victims who want to restore color into their mouths.

The price is an affordable P5,000 for Eyebrow Reborn and P4,000 for permanent aesthetic tattoo. The client pays an additional P2,000 on top of the service to avail herself of Susan’s care.

Susan, by the way, looks younger than 51. Her beauty secret goes beyond cosmetics. “I stay happy because the Lord is in my heart.”