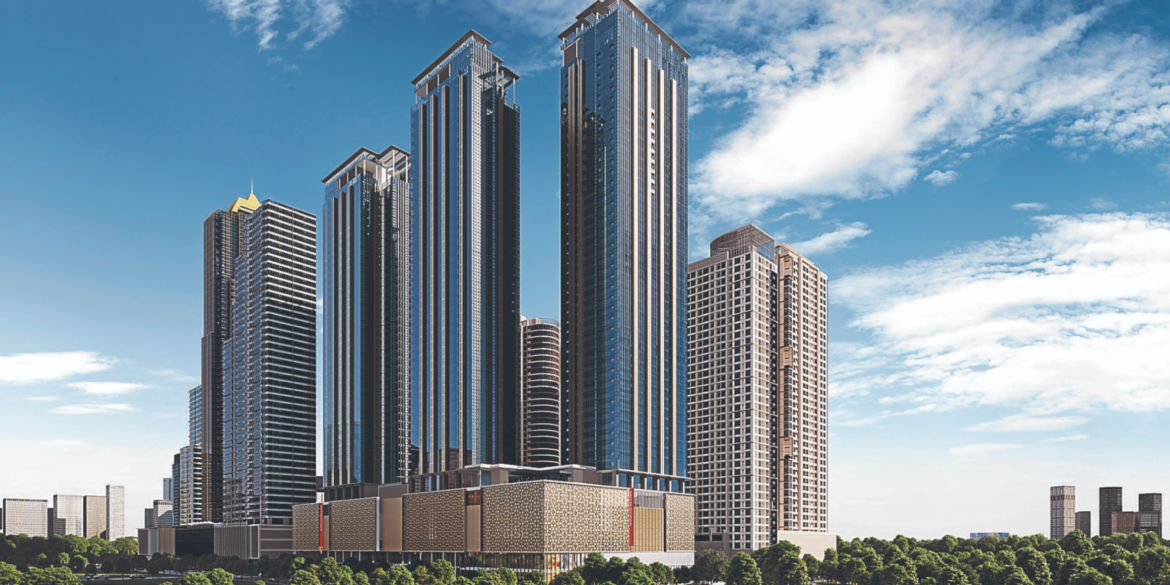 It stands as a remarkable showcase of the world-renowned Japanese architectural ingenuity that brings functionality and tradition in a modern, grandiose setting.

The long wait is almost over because Filipinos will soon get a preview of the highly anticipated MITSUKOSHI BGC, and a taste of the “Next Manila Lifestyle” months ahead of its slated grand opening in the first quarter of 2023. In time to spread some Christmas cheer, a soft opening of this upscale four-level retail space is happening this November.

Torafu Architects, a Tokyo-based multi-disciplinary design firm, and Asao Tokolo, who designed the victory ceremony podiums and emblem at the last Tokyo 2020 Olympics, were tapped to create a showcase of Japanese design elements in a casual but sophisticated setting.

The facade, for example, was designed by Torafu Architects and Tokolo with a distinctive geometric pattern—a modern take on the traditional Japanese hemp leaf, which expresses a series of diverse connections, and symbolizes a bridge between the Philippines and Japan.

Notably, MITSUKOSHI BGC holds the distinction of having the MITSUKOSHI’s emblematic lion statue at the frontage, as this is the first time it was installed outside Japan. The lion, which will greet customers as they enter this upscale shopping mall, is a symbol of Japanese tradition and innovation, and Mitsukoshi’s enduring spirit of hospitality.

Also at the main entrance is the monument “Joining Hands,” alluding to the act of putting two hands together in a bid for camaraderie.

It’s part of the overall unconventional design for commercial space by Japanese interior design company Nomura Co., Ltd., which is best known for experience-driven retail spaces and cultural centers like museums and libraries.

Throughout the space, elements of traditional Japanese design are present, thanks to the incorporation of structures such as “Sando” or a road approaching a shrine, and “Tori-niwa” commonly known as a street garden. These create more open, light and airy areas with fewer walls obstructing views and constricting the space.

Even the way the stores have been laid out from the first to third floors was meant to fit the needs and cater to family-oriented Filipinos.

Such well-thought-out designs formed part of the overall vision to bring to the country MITSUKOSHI’s “Next Manila Lifestyle”, all set to redefine the traditional retail experience.

This concept presents high-quality lifestyles and experiences through a curated mix of well-renowned local and international retailers, a dedicated Japanese grocer, a specialty beauty store, and a host of well-loved brands from Japan.

Serving as the mall’s anchor tenant is MITSUKOSHI FRESH, located at the basement level. This premium supermarket offers a wide selection of fresh Japanese food and groceries, including an original bakery brand and a salad bar in collaboration with a local popular cafe and restaurant.

Another quaint, traditional Japanese addition is the depachika or basement-level food market, which will feature a mix of prominent global and Japanese dining concepts, such as MITSUYADO SEI-MEN, CURRY HOUSE, CoCo ICHIBANYA, Tokyo Milk Cheese Factory and Ben’s Cookies.

Bringing the authentic taste of Japan in spaces here are several dining concepts that will open in the next several months. These include luxury sushi restaurant Sen-ryo a Michelin-star Chinese restaurant, PUTIEN; and local favorite, Ramen Nagi.

MITSUKOSHI Beauty will give Filipinos easy access to natural and organic cosmetics brands. Japanese cosmetics brand, Kanebo, will also open its first store in the Philippines in December.

In the same month, Japanese women’s clothing brand SNIDEL will also mark its first foray in the Philippine market through MITSUKOSHI BGC while Japan’s Seiko and Maker’s Watch Knot are opening new stores here as well. Another first for the Philippines is Japan’s Key Coffee, which will open in December in the new showroom of Lexus, while Japanese bookstore Kinokuniya Bookstore seeks to introduce Filipinos to Japanese culture through books and other novelty items.

Unique features have likewise been integrated into this retail space, such as a dedicated kids’ room with a children’s restroom, family restroom, and nursing room. A state-of-the-art indoor entertainment facility, which includes digital sports, is set to open in the fourth quarter of 2023.

MITSUKOSHI BGC is truly an exciting, much-awaited addition to the local retail scene, offering many firsts and unique indulgences against a backdrop of a timeless, sophisticated Japanese design. It’s definitely worth the wait.