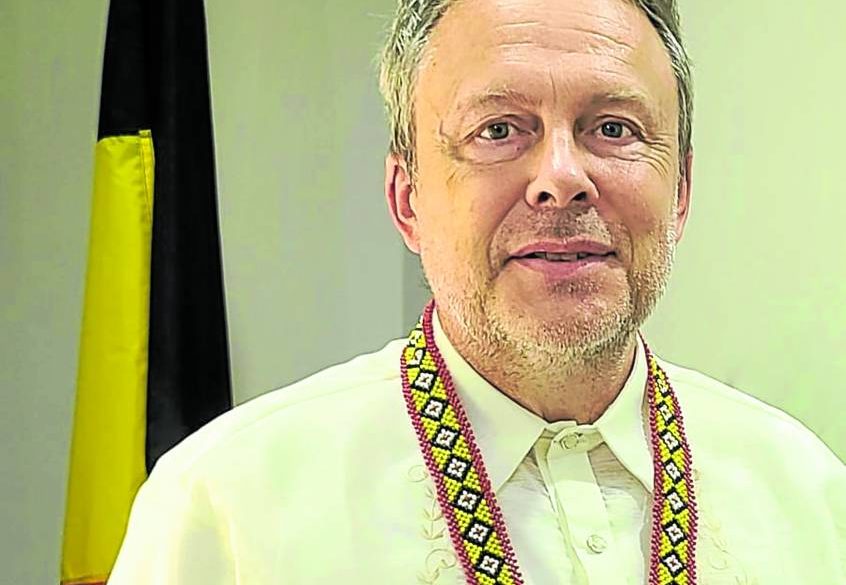 Why Belgium envoy feels at home in PH

During the presentation of his credentials at the Malacañang Palace to then President Rodrigo Duterte, Belgium Ambassador Michel Parys said he was dedicating himself to good relations between the Philippines and Belgium.

During his time as inspector of Diplomatic and Consular Missions for the Belgian Federal Public Service Foreign Affairs, Parys had already visited the Philippines before the start of his post in 2021, and was not new to the country’s social landscape even amidst the pandemic. In fact, it had helped him identify several priorities for his stay.

As with all other heads of mission, it is a key responsibility to enrich existing bilateral relations with the host country.

A number of Belgian charities and nongovernmental organizations active in the Philippines are aided by local partners. Some work under a Joint Strategic Framework funded by Belgium’s Directorate-General for Development Cooperation and Humanitarian Aid (DGD), focusing on human and children’s rights, agriculture, food security, health, academic cooperation and poverty alleviation.

Belgium also participates in the core funding of international organizations active in the Philippines, such as the International Red Cross, which provides recovery interventions postdisaster.

Prior to the Philippines, Parys was posted in Los Angeles, Seoul, Cairo and Vienna. He served as counselor at the Embassy of Belgium in Japan, as consul in Marseille and consul general in France. He has been married to his Japanese wife for over 30 years now.

“I’m amazed at the possibilities that there are here in the Philippines … It’s an island country like Japan, about the same size as Japan, and should have the same economic potential,” he said. When asked about what he liked most about the Philippines, Parys mentioned the friendliness of its people and their capacity to show outsiders genuine friendship.

Ultimately, the Philippines does not feel too far from home. “Belgians and Filipinos both like good food. And beer,” he noted. —Contributed INQ