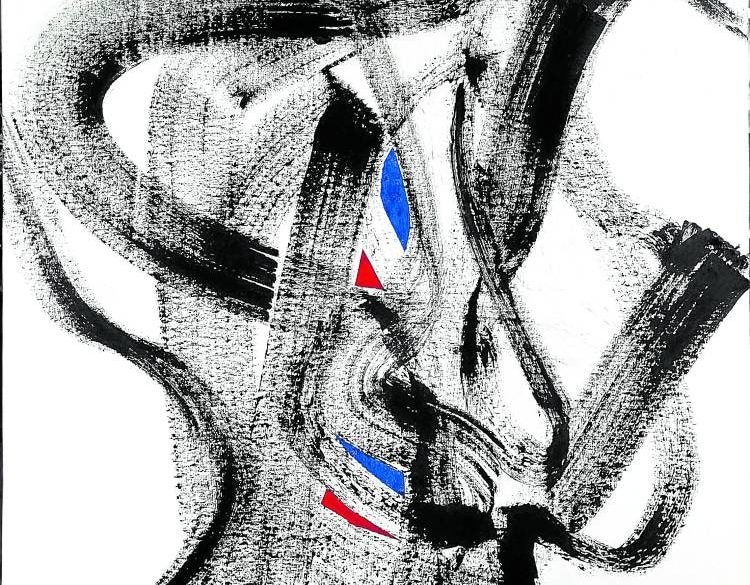 Emerging from the pandemic and the mourning of his late wife, Tina, who chronicled the socials, Jacinto is, as the cliché goes, back with a vengeance.

On Nov. 10, he will hold an art exhibit of his abstractions, “Bohemia,” at the 1335 Mabini Art Gallery in Karrivin Plaza, Makati City. It’s a series of bold, gestural strokes in black and white with accents of color. The ceremonial ribbon will be cut by the sought-after patronesses Angola Consul Helen Ong and entrepreneurs Mache Torres-Ackerman and Aida Posadas.

Furthermore, he will reboot his “Faabvlous” series, which consists of a photo exhibit of the high and mighty, the 11th edition of the society coffee-table book and a black-tie gala.

Yet another coffee-table book will compile all the subjects that appeared in the first 10 “Faabvulous” books.

Likewise he will produce “Having a Ball: At Home,” the postpandemic edition of “Having a Ball,” a coffee-table book that compiled the columns that he and Tina produced for a major daily. These are scheduled next year with the help of his friend, marketer Dean Decker and his staff.

“Faabvlous” was derived from Washington Post’s description of Jacinto as “the photographer of the fabulous.” In the late ’80s, the Jacintos moved to New York so that he could pursue his photography career. With the help of an agent, he photographed philanthropist/fashion icon Deeda Blair, Ivana Trump, Donald Trump’s first wife, aristocrats and socialites.

Every night, he and Tina covered social functions for their weekly society column until they accumulated a wealth of materials for the landmark book, “Having a Ball.”

“Nobody came up with a book like ‘Having a Ball.’ It gathered the choice columns that not only covered socials but also art openings, restaurants, balls, weddings, milestones such as Mely Hechanova’s 80th birthday, the opening of Solaire and Nobu, the best-dressed, People of the Year and profiles of icons—Imelda Cojuangco, Chito Madrigal, Heart Evangelista, Josie Natori, et al,” he recalls.

Then the COVID restrictions and Tina’s demise put a halt to their weekly grind. When his wife died in 2020 due to complications from intestinal surgery, Jacinto became more cautious of his health. He embarked on regular 16-hour intermittent fasting, ate healthy foods and hit the treadmill gifted by his son.

The party animal that he was, Jacinto now goes to bed early. “Party hosts are aghast that I leave early. It has been a 180-degree turn for me. In contrast, Tina and I hopped from one party to another every night for 10 years,” he says.

“At parties nowadays, sometimes I choose not to eat, or if I do, I skip all the unhealthy stuff, including dessert. But I shall never skip fine wine and the finest champagne.” He belongs to a group of champagne enthusiasts who meet at the home of his close friend, David Lim, to savor Veuve Clicquot, Billecart-Salmon and Dom Perignon.

When he’s not socializing, Jacinto retreats to his newly converted studio for creative outputs at his apartment.“Art takes your mind off from other things,” he says. —Contributed INQ