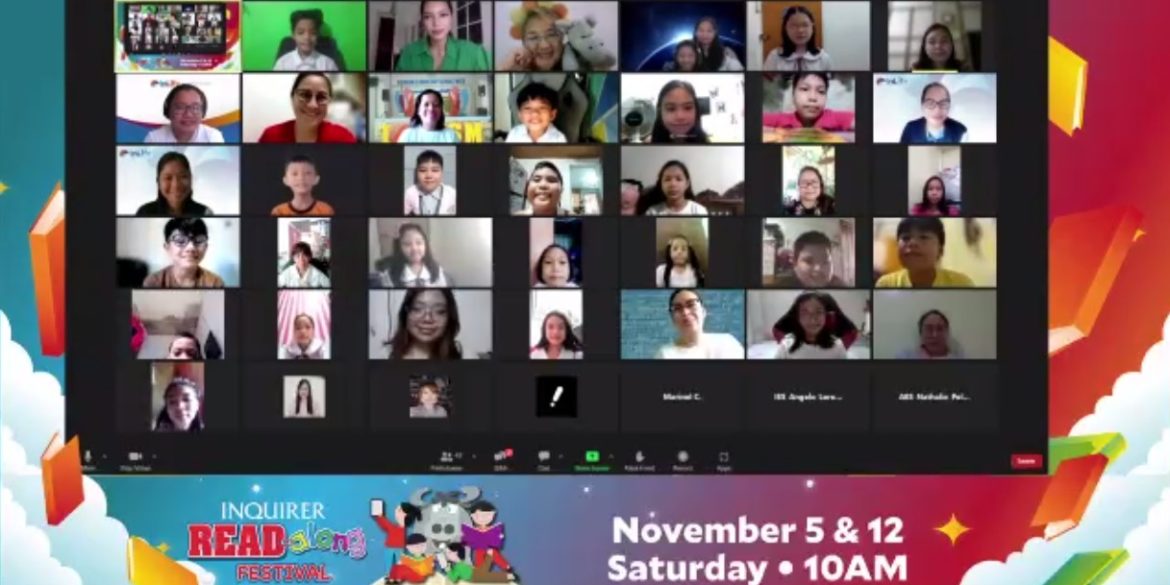 Learning responsible ways to handle money—a life skill any adult needs—starts even from an early age and most often begins at home.

This was the message of the stories featured during the first day of the 12th Inquirer Read-Along Festival held virtually on Saturday, to promote financial literacy through children’s storybooks.

The books read during the session, held through Zoom and broadcasted on Inquirer’s Facebook pages, were among InLife’s Children’s Storybooks produced by Insular Foundation. Children who particpated through Zoom received copies of the books.

“The Insular Foundation storybooks were developed in partnership with Adarna more than 10 years ago. But the messages of the stories are as real and as relevant today as they were 10 years ago,” Ana Maria R. Soriano, vice president and executive director of Insular Foundation, said in her opening remarks.

During the storytelling session, Inquirer Read-Along ambassador and TV host Patricia Tumulak read May Tobias-Papa’s “The Luckiest Girl in the World,” which tells the story of Carmina, a girl who overcomes her worries to come up with a creative and inexpensive birthday gift for her friend. Through the story, Tumulak highlighted the concept of balancing one’s needs and wants in order to avoid unnecessary purchases and overspending, adding that when it comes to gift-giving, creating personalized presents could be more meaningful than buying expensive ones.

“Let’s figure out what our needs and wants are. What is important and what isn’t, and think before we ask our parents to buy us something. Do we need it or do we just want it?” Tumulak said.

Veteran storyteller and teacher Dyali Justo read “Wishing Well” by Annie Pacaña-Lumbao, a story about Tala, a young girl who discovers a resourceful method of handling her money, which is to set aside money in a coin bank inspired by a wishing well.

Justo encouraged the kids to create their own “wishing well,” through materials readily available to them.

In an interview after the session, Justo also narrated how she learned at a young age to save and earn money by renting out and trading her comic books.

The second day of the festival, also in partnership with Insular Foundation, will also be broadcasted live on Facebook on Nov. 12.

READ: How these teens found success in trading stocks