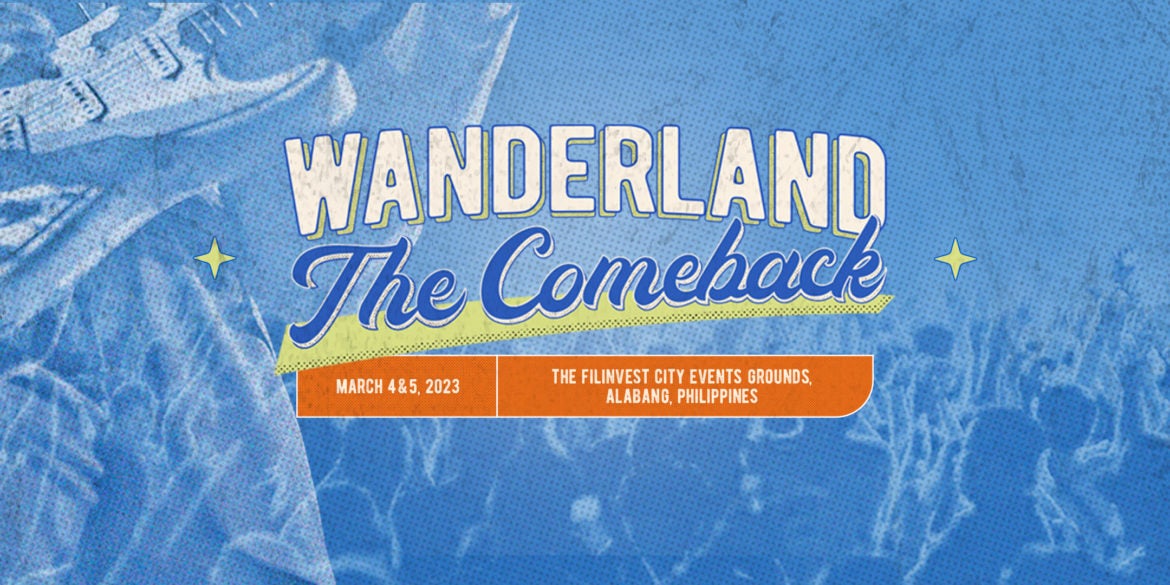 The annual Manila-based music and arts festival is back with Wanderland: The Comeback, and as a surprise for 11.11, they’ve begun slowly unveiling their artist lineup for the year’s performances. After the world went into pause for more than two years, and after dealing with online concerts via zoom, it’s all back. Festivals have resumed, and artists have scheduled world tours, even having already gone to the Philippines, Wanderland 2023 is the latest in the line of returns, set on March 4 and 5, 2023.

Just this November 10 on Instagram, they posted a teaser for the Wave 1 roster. 11 talents, 11 hints, none of which I’ve gotten right so far.

Starting the rollout is the indie rock band Phoenix which includes members Thomas Mars, Deck D’Arcy, Christian Mazzalai, and Laurent Brancowitz. the band previously performed in Manila in 2014 and 2017.

Second on the list is London-based Filipino artist no rome, famously known for their hit song Narcissist, featuring The 1975. How was 365 even a hint?

Lastly so far is the Canadian pop band Men I Trust. This will be their first-ever performance in Manila.

3 out of 11 so far. Who knows, maybe your favorite artist will make the lineup. Be sure to keep an eye out for more announcements coming soon via the Wanderland Festival Instagram account. Wanderland: The Comeback will be held on March 4 and 5, 2023 at the Filinvest City Events Grounds in Alabang. Limited pre-lineup tickets have already been sold out, and regular-priced ones will be available soon on their website at wanderlandfestival.com.