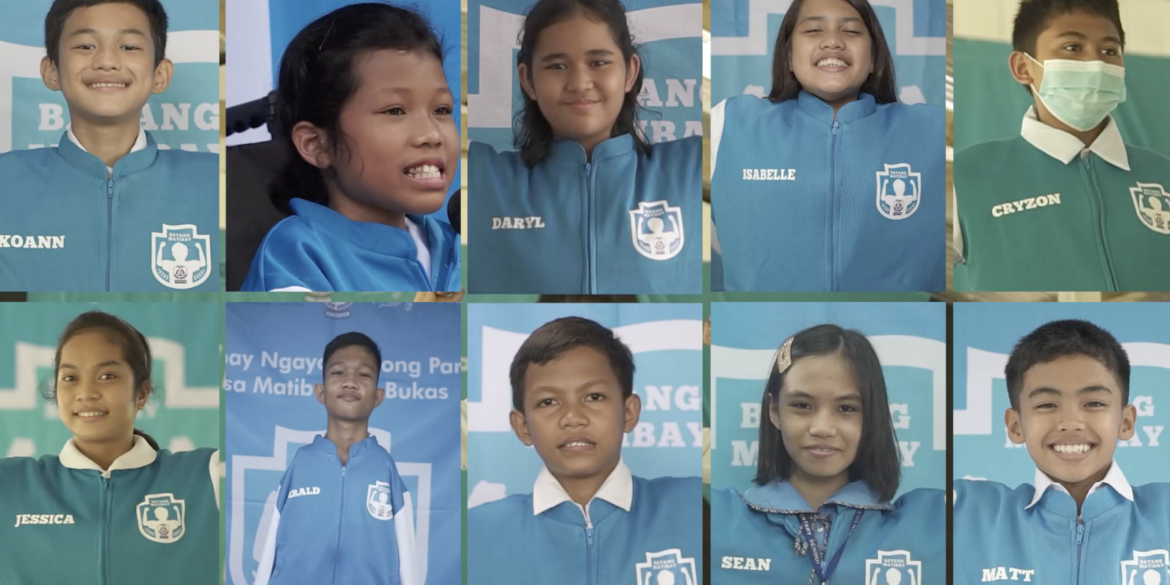 A young girl crosses several rivers to get to her school in North Cotabato. A boy in Negros Oriental, born without hands, uses his feet to create art. In Bulacan, a girl stands out not only for her scholastic excellence but also for the tutoring she offers her older brother with autism.

Those aren’t made-up teleserye stories. Those are 3 of the 10 Batang Matibay Awardees whom BEAR BRAND feted in ceremonies on Oct. 27 at Estancia Cinema Club in Pasig City. The event was hosted by Atom Araullo, an award-winning journalist and Goodwill Ambassador for the United Nations High Commissioner for Refugees.

In a partnership that began in 2018, the beloved mild drink from Nestlé Philippines and the Department of Education (DepEd) once again came up with Grades 5 and 6 pupils who modeled tibay (endurance), emerging from the COVID-19 pandemic and their own unique challenges with impressive credentials in academic and extracurricular pursuits.

“Aside from delivering superior products that can help provide the nutritional needs of Filipino children, we believe that BEAR BRAND can contribute further to ensuring tibay in Filipino youth through programs such as the Batang Matibay Awards,” Russell Lipchin, Business Executive Officer of Nestlé Philippines, said in his opening remarks.

In the current context, BEAR BRAND and DepEd both believe that the 10 awardees for the 2022 edition can inspire learners to persevere as schools transition to the new normal.

“Over the years, we have uncovered inspiring stories of tibay of Filipino youth from all over the Philippines. They are students who continue their schooling despite lacking support – those who live in areas with no access to proper infrastructure and those who have huge responsibilities on their shoulders despite their young age,” Lipchin explained. “These exemplary Filipino school kids kept moving forward to achieve a better life.”

The nomination process turned up 256 nominees, the biggest number since the awards were first given out. A panel of distinguished judges reviewed each nomination and then parried them down to the 10 that make up the Batang Matibay Awards’ fourth roster of winners.

“Definitely they are achievers, achievers not just in school but also in life, so they have the tibay to succeed, to pursue their education, to achieve the dreams of their future,” explained Regine Nario-Mendoza, brand manager at Nestlé Philippines, before introducing each one of the awardees. They are:

Due to the pandemic, only four of the awardees – Miranda, Ocampo, Mara and Evangelista – made it to the gathering. Their insights during their interviews with Araullo quickly proved why they joined the elite list of Batang Matibay.

“Batang Matibay, for me, is a person who has resilience, faith and confidence to overcome the problems and challenges that come their way,” said Miranda, asked how she would define the title she won. Ocampo noted it was “someone who strives to achieve their dreams even if there are many hurdles and challenges in life.”

Evangelista added: “It’s important to be matibay because we take this with us until we grow old. Any challenge that comes our way, we will overcome it immediately.” To Mara, being a Batang Matibay means “not giving up in any trial, pursuing what they set out to do until they succeed.”

“If I summarize [all 256 the entries] into one word, it’s grit… The situations and the conditions that they are all in are … very diverse, but what is common across all of them … is the desire to persevere no matter how difficult it is,” Lipchin told the Inquirer.

The 10 awardees, he added, had a “well-roundedness – academically very strong, circumstances are unique, … [and] they demonstrate the life lessons beyond the textbook and how that becomes a part of their makeup and their being,” he noted. “That, to me, would be what separates them.”

“They have different stories, but they have only one desire and determination to continue learning in life. The success you achieved today is a symbol of your tibay in achieving your dreams,” noted Nario-Mendoza in her closing remarks. “Indeed, your stories inspire us all, especially to your fellow students, your families and your communities.”