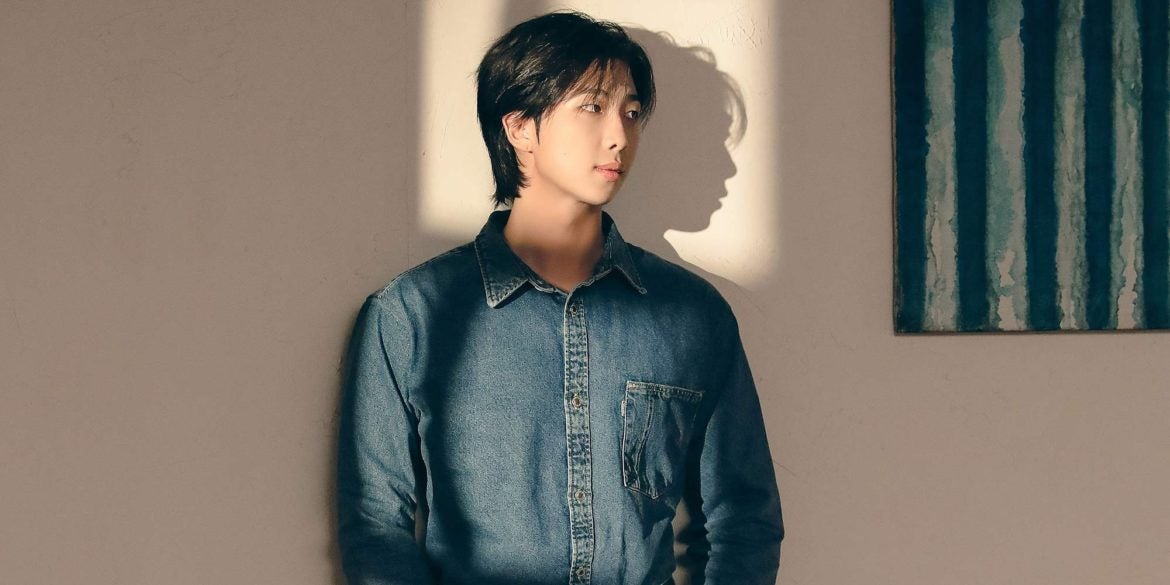 A man with no need for introductions, BTS’ RM (Kim Namjoon) has just released his first-ever solo album ‘Indigo’ and it is simply amazing. Many know him as the leader of the world’s biggest boy group, the English-speaking member who astounded everyone with his story of learning the language through the hit TV-series ‘Friends’. He has spoken for his fellow band members in all of their international interviews, and speeches during the Grammys, the Billboard Awards, and their visit to the U.N.

A collective stuffed to the brim with talent, he may be occasionally overshadowed by his peers, but his latest album proves that he is more than just their spokesperson.

He is the third in the group to put out a solo project following their announcement to pursue individual endeavors—j-hope (Jung Hoseok) started things out with his album ‘Jack in the Box’, and Jin (Kim Seokjin) followed it up with ‘The Astronaut’ featuring Coldplay. While RM has released tracks solely under his name such as ‘mono.’ back in 2018, he has referred to these as only mixtapes that were finished on the side—’Indigo’ on the other hand had his full attention, and is a true representation of his artistic vision.

In an interview with fellow BTS member SUGA (Min Yoongi) in his SUCHWITA (Time to Drink with SUGA) segment on their BANGTANTV YouTube channel, RM shared that the album is a representation of a journal of his life from 2019-2022. It is the result of years and years of self-reflection, and the accumulation of thoughts, feelings, and experiences within that time period. His project reflects all of these as he takes us into the mind of Kim Namjoon.

Lyrically. ‘Indigo’ masterfully displays RM’s prolific skill set as a lyricist, drawing on his 15 years of experience since taking up music—prior to this release he has had a total of 199 songwriting credits registered to the KOMCA (Korea Music Copyright Association) under his name and is currently ranked as the second among Korean artists with the most credits.

Referring to himself and rap in particular as a form of poetry, he skillfully weaves and maneuvers the lyrics he writes in ways that not only sound pleasing to the listener but also carry meaning with them. He gracefully transitions between flows in his delivery—owning up to his reputation as one of the best rappers in the scene, a rap monster. He references paintings and art throughout the tracklist, at one point referencing still life, a genre of visual art, as the current state of his being. He delivers the words “Still life” in a way that sounds like he is saying “I’m still alive”, but, he is also describing himself as in a kind of still life, stuck within a frame, but breaking out of it.

Life is better than the death, I’ll prove it”

If he isn’t painting magnificent pictures with his words, he truthfully speaks of the various challenges he has encountered throughout his journey, the criticisms he has faced, and the uncertainty with BTS moving forward. For one, RM has repeatedly talked about why he wanted BTS to temporarily separate and explore individually, aside from their military service obligations of course. Burdened by the responsibilities thrust onto him by virtue of their meteoric rise to success, he felt as if he wasn’t an artist anymore. At one point, he felt like he had become a diplomat instead representing South Korea, talking about love, peace, and unity, and speaking in front of the world during their visit to the U.N., or even during their interviews on various television shows. He felt overwhelmed and limited as an artist, too busy to reflect for himself and too constricted to write about what he truly wanted to convey. He delves into the subject in greater detail in the title track for the album ‘들꽃놀이 (Wild Flower)’ featuring youjeen.

Lying in a field, I set my sights on the skies

Now, I can’t remember what I wanted so badly

I trusted I was happy, now a mere memory”

You have to listen to it for yourself as my words can hardly do him justice and remember, don’t be afraid to open up the English translations for the lyrics so you can truly appreciate his message.

Musically. In his interview with SUGA, RM shared that he named this album ‘Indigo’ as a reference to his previous release ‘mono.’. He explains that he wore a lot of blacks then, a color he associated with the overall tone and feel of the project. However, he also shares that he was wearing other colors then, so he wanted ‘Indigo’, a darker shade of blue, to show that the black he carried before was still a part of him now even as he has moved on to others.

Artists typically associate colors with their music, I’d say indigo is a pretty good visualization of the album’s sound. While he explores different genres in the album, all the tracks generally carry the same vibe. Barring the upbeat ‘Still Life’, each song feels unsaturated like the color indigo, using deeper sounding pads, reverbed synths, and filtered drums, without the brightness you would get from happier, exciting releases. This is not to say the project is boring, instead, it shows where the focus is, the vocals, and RM’s lyricism. Without attention-grabbing instrumentals to take center stage, the listener can focus instead on the message being delivered.

In the same conversation, RM shared that while he does care about charting results, it is not his priority. Rather, he wants his music to have a lasting impact on his listeners, songs that wind up on their playlists for them to listen to as time passes by. Personally, as early as now, I’m sure he has already succeeded.