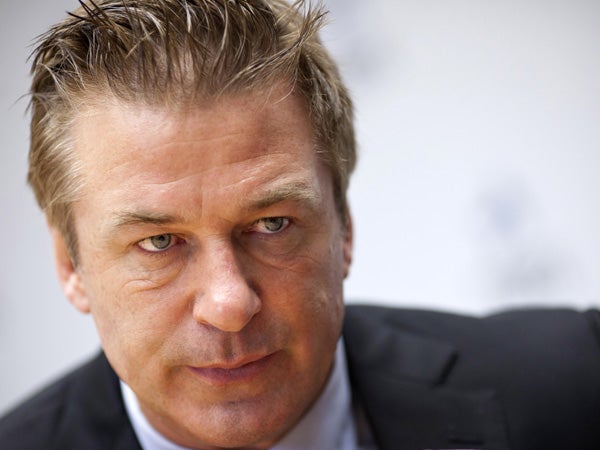 Alec Baldwin gestures during an interview with The Associated Press in Washington, Monday, April 16, 2012, as he goes to Congress to ask for sustained federal funding for arts programs amid the ever tight budget climate. AP

WASHINGTON — US actor Alec Baldwin, star of the hit TV show “30 Rock,” paid a visit to Washington on Monday to plead for more federal funding for the arts, using Italy as an example of a nation where “art counts.”

Speaking to the National Press Club in the US capital, Academy Award nominee and Emmy winner Baldwin asked for an increase in the federal endowment for the arts, which currently stands at $147 million.

The federal arts budget stood at $175 million in 1992 — an amount that would be even higher today if inflation were taken into account, he said.

Just back from a trip to Rome, Baldwin — who will appear on Capitol Hill on Tuesday to plead his case — said the United States should take a lesson from Italy in terms of support for the arts.

“It’s hard to leave Rome, because the city itself is a work of art,” he said, adding that Italians “preserve their heritage. They spend a lot of money (on the arts) over there.”

“They made art count. They raise their children to believe that art counts,” he added.

“Our economy is still very strong. We have what [Italy] doesn’t have — a great humming, steaming economy — and we don’t get the art thing right all the time,” he said.

“We are sending the wrong signal. We say that it is not important for the government to spend money on arts,” added Baldwin.