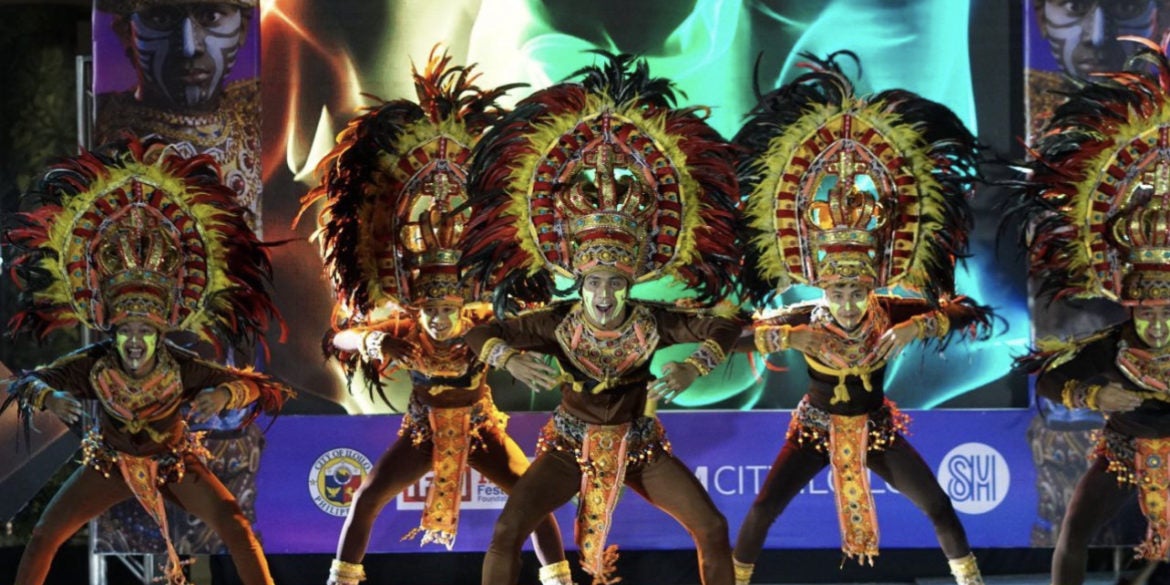 As a co-presentor of the Iloilo City Government for this year’s celebration, SM City Iloilo is the Ultimate Destination for the Best Dinagyang Festival Experience, as it plays host to the biggest and exclusive events that aims to give visitors an experience they will cherish and to make them feel the hospitality Ilonggos are known for. (see story on page 3)

Pack your bags to experience the boldest, biggest, and brightest Dinagyang Festival this weekend in Iloilo!

But where to go once you get there and what to do?

Simple! For the most AweSM Dinagyang experience, just head on to SM City Iloilo and check out these events and spectacular installations that showcase the finest Ilonggo hospitality.

Feel the warmth of the Ilonggo spirit at the Batchoy Fest

SM is bringing back the most anticipated Batchoy Fest at SM Southpoint this year! From January 16-22, the SM Iloilo Batchoy Fest will feature the city’s best Batchoy and Ilonggo cuisine specialties all in one fun place!

See the lights dance at Ilo-mination

Locals, tourists, and other visitors should watch out for the newest addition to the Dinagyang Festival called Ilo-mination which is a showcase of performances of warriors decked in lighted costumes featuring seven tribes representing the seven districts of Iloilo City. Catch the grand opening event happening at the SM City Iloilo stage on January 21.

Get your pasalubongs from top-notch local brands

During the weekend festivities, Ilonggo and other Western Visayan MSMEs will be given the opportunity to showcase their products at SM. Fill your pasalubong bags with specially-made products at the AweSM PCCI-ILOBEX Dinagyang Trade Fair, co-produced by the Philippine Chamber of Commerce-Iloilo Chapter and Obra Ilonggo, on January 16-22.

The DOT will have an Iloilo TouriSM Booth in partnership with Fiesta! A whole range of souvenirs will be available score information on other tourist spots in Panay starting January 19. Snap your souvenir photos at their AweSM Photo Booth where you can capture your best Dinagyang memories.

At SM, there are loads of Instagrammable spots you can visit! Head to the Northpoint Event Center and SM Southpoint from January 15-22 to take unique fun snaps to share away.

Spend a weekend to remember with live bands and fireworks!

The biggest and the liveliest music festival is making a big comeback this Dinagyang with the Viva Music Festival from January 19-22 at the SM South Point Parking. You can also witness the AweSM Iloilo Musical Fireworks and Drone Show on January 21, 9pm at South Point. Give your Dinagyang experience the perfect ending as BDO brings Darren Espanto LIVE at the North Point Event Center on January 22 at 4:00 PM!

Watch out for the AweSM Dinagyang Online and Creator Fest, a gaming and pop culture event that will add color to the grandest festival in Iloilo. This will happen on January 21-22 at SM Cyberzone.

Dinagyang will not be the festival as it is without the distinct beats of the drum. There will be a lot more festival vibe at SM City Iloilo on January 22 as one of the much-anticipated Dinagyang-inspired drumbeat competitions will happen at SM City Iloilo South Point from 1pm to 4pm.

Ilonggo or not, the place to be this weekend is Iloilo – and all roads lead to SM Iloilo for your best Dinagyang experience, your Ultimate Destination.  And bring your wallet for the best deals and huge discounts at The AweSM SM City Iloilo sale from January 16-22.

For more updates & inquiries, follow & check out SM City Iloilo on Facebook or call the Marketing Department at (033)3209609.