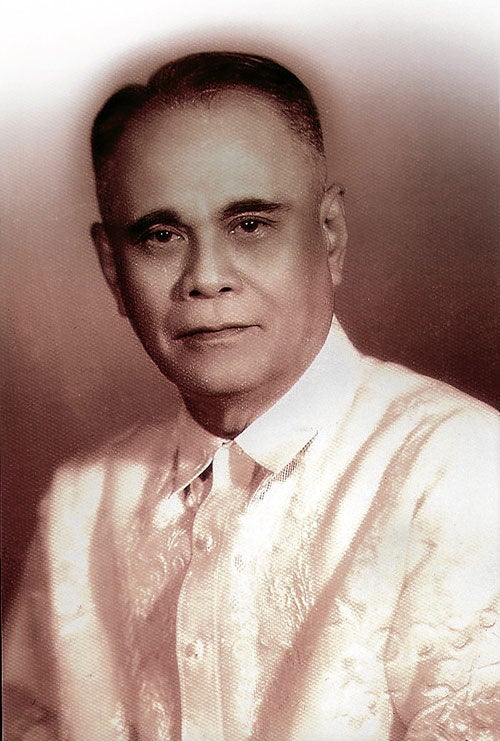 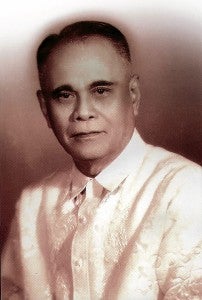 Edgar A. Guest wrote: “I’d rather see a sermon than hear one any day. I’d rather one should walk with me than merely show the way.”

As I look back to my growing-up years, I could clearly see that my father was, indeed, a living sermon. Even now that I’m already a senior citizen and father of three grown-up children, I could see the truth in Guest’s lines.

My becoming a doctor, I owe it only to two beloved persons, my Nanay and Tatay, National Artist for Literature Lazaro Francisco.

While Nanay took care of us throughout our student days, it was Tatay who did all the earning, working to the bone, so to speak. For one thing, they both believed in me, unconditionally, that I would be able to make it despite others’ apprehension that they could not afford a costly medical education.

It was Tatay who was so passionate in sending all 10 of us to school, for he firmly believed that education was the best legacy he could give us, more than any material things.

Born of humble beginnings, Tatay was orphaned at an early age and did not finish even high school. He had to work early, taking on various menial jobs to feed his mother and three siblings.

Through dint of hard work and perseverance, Tatay managed to complete a course in English and Bookkeeping through the International Correspondence School in Scranton, Pennsylvania, by distance-education program. This paved the way for his passing the third-grade Civil Service exams at the top of the heap.

He was first hired as a messenger at the Provincial Treasurer’s Office in Nueva Ecija, inching his way to become a deputy traveling clerk and chief of the Assessment Division, until he was appointed the first provincial assessor of Nueva Ecija.

Hailed as a Master of the Tagalog Novel, he was the highest-paid writer in his heyday, earning the princely sum of P100 per chapter of his novels serialized in the very popular Liwayway magazine of his time.

He would later be recognized by literary critics and scholars as an icon in Tagalog literature, a visionary nationalist and social critic, for having written five highly acclaimed novels that are still relevant today and required readings in colleges and universities all over the country.

A humble and self-effacing person, he never kowtowed to the powers-that-be in the literary world in Manila. He would always say that if he really deserved awards and recognition, they would come his way without lobbying for them.

And, indeed, many famous literary figures, professors, scholars and students from Manila would come to visit him in our old house in Cabanatuan, Nueva Ecija.

Being well-known for his pro-poor and anti-tenancy sentiments enunciated in his novels, he was once visited by a leading leftist who urged him to change the ending of one of his famous novels, but to no avail.

Tatay had always been his own man, a man of principles, so to speak. It was a known legend in the Liwayway editorial office that no one, not even the editors, could edit or change anything in the novels he wrote.

Although many influential literary scholars were more than convinced that he should be declared a National Artist for literature, it did not happen during his lifetime. We, his children, were under strict orders from him never to lobby for such honors. And as fate would have it, he did not live long enough to savor the honor of being a National Artist. It was a long, long wait before he was finally proclaimed National Artist for Literature in 2009. And, of course, that was a glorious vindication for him.

Highly principled, he brought us up in an almost puritanical way. Nobody smoked and drank in the family. None of us learned to use cuss words or expletives. We all went to church on Sundays and were taught to say grace before each meal. We were a disciplined a lot during our teen years, and taught to respect other people, especially the older ones and our older siblings.

His deep faith in God rubbed off on us, as he would admonish us to always pray and thank God for all the graces and blessings we receive. We would later realize that, if he had done otherwise, we might not have ended up, all 10 of us, as responsible, caring, persevering and conscientious men and women. In his final years, he would always boast of our family portrait in the living room, all of us resplendent in our togas and hoods. For him, education was his greatest legacy to us.

As a young student, he would always admonish me and my siblings to be the best of whatever we were. To him, whatever was worth doing was worth doing well, and we should not settle for less. His favorite saying was, “A man’s greatest glory is not in never falling but in rising every time he falls.”

And as a young physician, I would always be enjoined to be a man for others. He would always tell me: “Do not focus on enriching yourself. Just have a comfortable life and always have a heart for the poor.” And, ever since, I’ve learned to value his wisdom.

I have many sweet memories of Tatay. When I was admitted to medical school, he took me, just the two of us, to the carnival in Sunken Gardens in Luneta, where we tried all the rides available, the Ferris wheel, the rollercoaster.

It was really quite amusing but he told me: “Son, you must have a little fun before you get busy in medical school.” And he was right, in no time at all: I went through the thick and thin of a tough five-year medical course.

I would never forget how elated he was when I passed the medical board exams, being the very first one in my family to become a doctor. That same day, he rushed to Manila from Cabanatuan just to give me a great big hug.

It was because of Tatay that I did not have any second thoughts about going back home after my five-year postgraduate training in America, capped by a two-year fellowship in Adolescent Medicine at Harvard Medical School. Unlike other parents, he would chide me against staying in America, where he said Filipinos would forever be second-class citizens.

He would always remind me: “Practice here where you are needed and serve your own people. They don’t need you there.”

How many fathers could afford to say that to a son already at Harvard? He was truly a true-blue nationalist. Up to his dying day, he was mighty proud to have had two heroes of Bataan, albeit unknown, in the family.

His youngest son and namesake and his youngest brother, both UP law students at that time, perished in the battlefields of Bataan during World. War II. The playing of the National Anthem would always move him to tears because of his two war heroes.

I must confess that I find it so difficult to say, “Thanks, Tatay,” for the unconditional love and caring he gave me and for all the sacrifices he had gone through to make me what I am today. I was never able to reciprocate the things he did for me and my siblings. But then, as he would always tell us, “If you could do to your own children what I did, I would say that I did become a success as a father.”

Yes, I thank the Lord for the gift of fathers like Tatay.

Dr. Floriño A. Francisco is a Cabanatuan-based physician and executive director of the Museo Lazaro Francisco. A freelance writer and founding chair of Lingap Bata Medical Mission, he received the 2010 Topics (The Outstanding Filipino Physician in Community Service) Award.