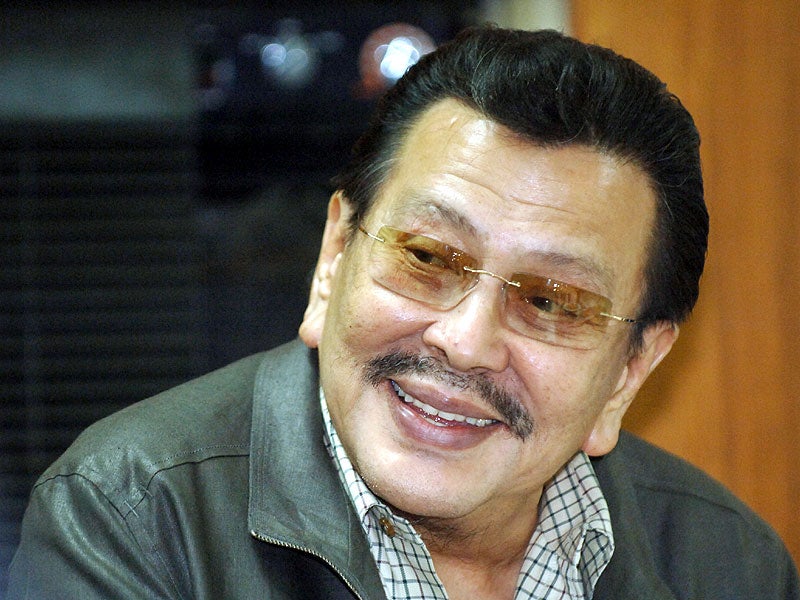 Former President Joseph “Erap” Estrada has volunteered to become President Benigno Aquino III’s consultant on romantic ties, apparently noting that the incumbent is having difficulty latching on to a long-term relationship.

The offer came during Estrada’s 75th birthday bash on Thursday night which was attended by supporters, friends and family, including his wife, former Sen. Dr. Luisa “Loi” Ejercito, his 12 children with six different women and about two dozen grandchildren.

“That is, in case you need a consultant for your many love lives. I will be able to help you, Mr. President,” added Estrada.

Mr. Aquino, who occupied a seat at the presidential table during the event, appeared amused by the offer although he kept his arms crossed over his chest.  The President, who came with his sisters Ballsy Aquino-Cruz and Pinky Aquino-Abellada, stayed for about four hours.

Mr. Aquino’s love life has been exposed to relentless scrutiny since he won the presidency two years ago.  The public lapped up news on  his relationship and eventual split from girlfriend Valenzuela Councilor Shalani Soledad (now the wife of Pasig Rep. Roman Romulo) a few months after taking his oath as president, and his dates with a succession of women, among them stylist Liz Uy and lately, VJ and television host, Grace Lee.

Estrada called Mr. Aquino “the nation’s most eligible bachelor” and recalled that when he was still president, he had already noted that the then Tarlac representative had “a future in politics.”  But, Estrada added, “I just did not expect that he would run against me and that he would win.” 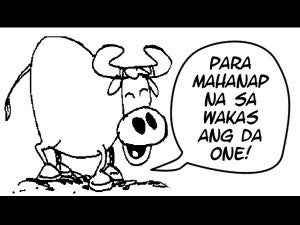 Estrada placed second in the 2010 presidential elections which Mr. Aquino won by a margin of about five million votes.

During his mostly impromptu birthday speech, Estrada showed a mix of his poignant and comic sides, at one point calling his 12 children “my exhibits of a nevertheless truly productive life.” The statement prompted more guffaws from his guests.

“Don’t take it against me if I took the Bible… too seriously when it said ‘go and multiply,’” he added.

The former President and his first lady met while he worked as a mimeograph machine operator and she as psychiatrist at National Mental Hospital in Mandaluyong City.

“Loi suffered ostracism from other doctors because she was going out with me,” Estrada recalled. “Imagine, a respectable doctor going out with a mimeograph operator? That’s why I worked so hard until she became first lady, and later, a senator.  What can I say, she has good foresight,” he added.

Estrada’s other children also took turns at the microphone and recalled their father’s good qualities.

Jude Estrada, the former President’s youngest son with Loi, recounted how his father confronted an arrogant security guard for harassing him.  San Juan Rep. JV Ejercito, Estrada’s son with Guia Gomez, said he realized that his father truly loved him when the latter put up with his toilet training accidents as a boy. “We slept side by side and I often peed on him while (he was) asleep.  But he never said a word,” the congressman said.

Jake Ejercito, Estrada’s son with former actress Laarni Enriquez, said he heard his father’s wish for 12 more offsprings on the eve of his birthday. To which Loi retorted, “Hanggang wish ka na lang (And that would remain a wish)!”

After ribbing the President about his love life, Estrada pledged to cooperate with the administration’s anticorruption efforts. “Mr. President, bilib ako sa iyo, I salute you,” he said. “I assure you that (my supporters and I) are with you in your fight against corruption. All the way, we are with you,” he added.

Now that he has reached 75, Estrada said: “Age is simply a case of mind over matter. If you don’t mind, it does not matter. What matters more is how you use your years and your time in this world. I seek not retirement but service at every opportunity because (the poor) have supported me all my life—as a movie actor, a public servant and even as a detainee.”

The former President however remained coy about his rumored plan to run for mayor in Manila in next year’s local elections.

A short play showing Estrada’s roots in Tondo, Manila, was staged as part of his birthday tribute.  The play portrayed the former President as a young boy whose heart went out to poor children to whom he gave pan de sal every morning.  He was also shown defending his playmates from bullies.