And the bands play on | Lifestyle.INQ ❮ ❯ 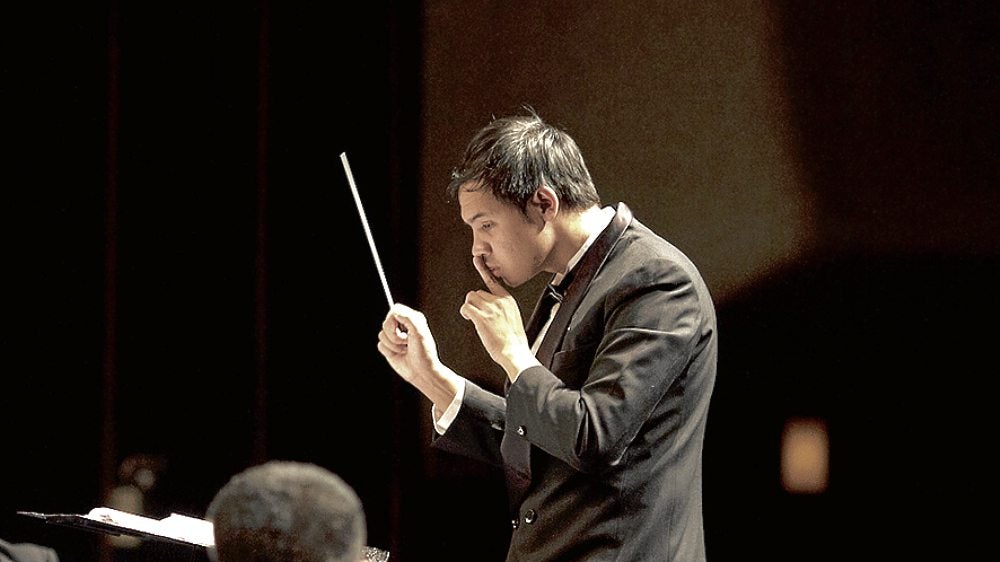 And the bands play on

The Cultural Center of the Philippines was the venue of a band festival held April 10-14. Bands from Metro Manila and adjacent cities and towns, and from Baguio City, as well as Bukidnon in Mindanao, participated. The representation was wide as the bands came from different sectors such as schools, communities, the military services.

The Philbanda Association headed by professor Herminigildo G. Ranera spearheaded the event that the CCP, through the efforts of its president, Raul Sunico, staunchly supported.

The festival included a daylong workshop and band clinic, facilitated by Satoshi Yagisawa, one of Japan’s young composers who had scored outstanding band music compositions. He was joined by Stephen Fox of Toronto, Canada, who not only performs but also designs and builds modern clarinet and reproduces historical woodwinds.

In a message, Ranera underscored the significance of the festival in promoting and appreciating band music, and elevating its quality to the highest standard for Philippine bands to acquire global recognition.

Listening to band music is a favorite pastime in the country, as several bands proliferate all over. This glorious tradition has been a boon in cultivating the talent of Filipino musicians, as many of the country’s leading composers and conductors were at one time or another exposed to this particular genre.

Bands serve as a potent laboratory for composing and conducting. Our leading musicians, such as Antonino Buenaventura, Felipe de Leon Sr. and Lucio San Pedro—all National Artists for Music—Hilarion Rubio, Alfredo Buenaventura, Francisco Feliciano and many more have their roots in band music.

It is on this note that Sunico and Chris Millado, CCP artistic director, lauded the effort of Philbanda, which aimed to place Philippine band music in the “international mainstream” of the genre.

One commends the first band that hails from a faraway place such as Bukidnon to grace the occasion. A band of Bukidnon State University, it is composed mostly of youngsters. Youthful enthusiasm was written on their faces as they performed under the baton of Pepito D. Montero.

It was on the novelty piece “Cucurucucu Paloma,’ arranged by the said conductor, that the audience applauded well, as individual instrumentalists stood and played their respective instruments with gyrating rhythmic punch.

An elegant and grand symphonic sound was in the offing as Philippine Coast Guard Symphonic Sound took its turn to perform. Three conductors shared the baton, taking turns in conducting.

Ranera set the tone in Jaime Texidor’s “Amparito Roca,” a Spanish march. The rendition had character, rich in dynamics, color, and vibrant intonation. He wrapped up the performance with Rex Mitchell’s “Introduction and Fantasia” with fanfare.

In the medley of Andrew Lloyd Weber’s “Phantom of the Opera,” arranged by Warren Barker, glorious listening to symphonic sound abounded. Truly, it was the treatment of the thematic ideas from one instrument to the other, projected in a symphonic sound, that marked the difference between plain marching band and symphonic band, which deserved to be heard on a legitimate stage. In the latter, the sound allured as voicing or balance of tone was etched with vivid colors.

PO2 Eduardo J. Guevarra led the band with astounding success, never mind the stiffness of his gesture, which refused to convey the essence of the music.

In another piece, Steven Reineke’s “Fate of the Gods,” the band conducted by P02 Walter D. Castillo, music soared into dramatic heights which heightened listening to the hilt.

Energy and exuberance characterized the performance of the UP Symphonic Band, led by Rodney Ambat. Valentin Mechilina’s “Dalampasigan” was a tour-de-force.