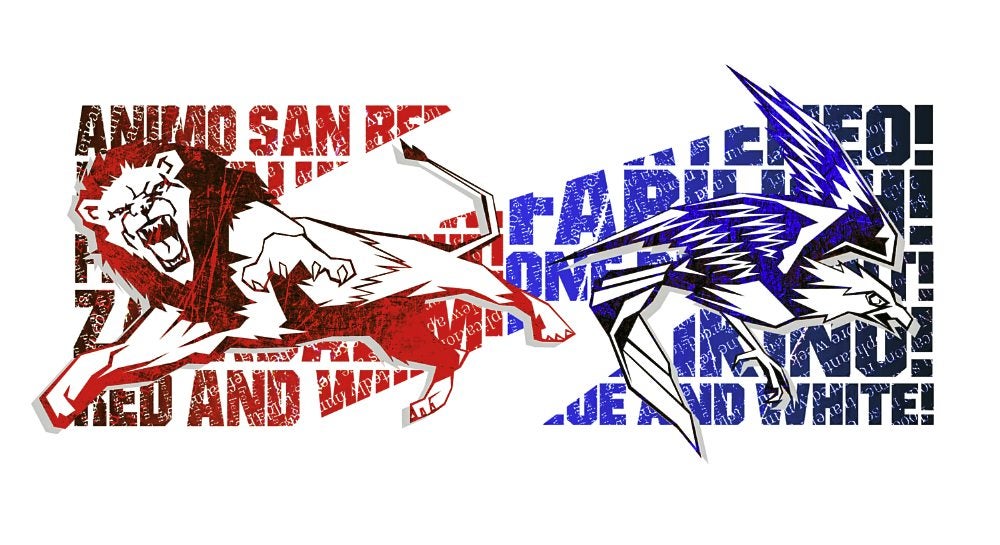 Summertime marks the beginning of the pre-season basketball leagues like the 2012 FilOil Flying V Pre-season Hanes Cup.  This magical league lets schools that wouldn’t otherwise meet in the season proper clash for ultimate school supremacy. Member-schools from the National Collegiate Athletic Association (NCAA) and the University Athletic Association of the Philippines (UAAP) collide before they return to their respective leagues in the upcoming season.

On April 21, the blue and white from Katipunan clashed once again with the red and white from Mendiola, as they rarely have since 1977—and boy, was it a game to remember! The Arena in San Juan was awash in a sea of blue and red as Ateneans and Bedans trooped to the stadium and filled it to capacity, despite the lack of advertising and no live TV coverage.

Unlike the previous Ateneo vs San Beda encounters, this year’s face-off was a little different. Both schools came into the game with several notable changes. Most notably, the Red Lions have a new head coach, Ronnie Magsanoc, while the Katipunan five were temporarily under the guidance of assistant mentor Sandy Arespacochaga, as head coach Norman Black was in the US for a coaching clinic.

Aside from the main event, there was also the pomp and pageantry that accompanied the electrifying atmosphere in the arena. Both Ateneans and Bedans heckled and jeered at each other in a throwback to the days of yore, when both schools were still battling it out in the NCAA.

During the half-time performance, the Ateneo Blue Babble Battalion put on a simple yet solid and clean performance to reassure the Ateneo’s fifth man of their lead. The cheerleaders from Ateneo performed crowd-pleasing stunts and traditional cheers synonymous with the blue side, like Halikinu and Blue Eagle Spelling.

On the upper bleachers of the arena, the war drums of both schools lifted the crowd’s spirits into a frenzy. The unsung heroes of the game, the Ateneo Blue Babble Band, and San Beda College Band played vigorously and tenaciously for much of  the game. More notably, the SBC band had additional reinforcements from its brother school in the south, the San Beda Alabang band.

The bands fired up the Bedan crowd as they drowned out the “Go Ateneo” cheer with their trademark Lion’s Roar and Indian Yell, when unexpectedly the Lions were gaining the lead.

Even though the boys from Mendiola were trailing badly for the first three quarters, they gave as much as they took as they slowly narrowed the huge 16-point gap the Blue Eagles carved before them. Filipino-American import Julius Armon showed his fine fighting form as he and Nigerian giant Ola Adeogun cut down the deficit to single digits by the beginning of the fourth quarter.

As crunch time approached, the Blue Eagles’ Kiefer Ravena and Greg Slaughter did all they could to turn back the tide against the encroaching Red Lions. But as the game reached the penultimate stage, it was starting to dawn to the blue-and-white crowd that this was not going to be a repeat of last year’s dominant victory over the Mendiola-based squad.

In the final canto, former Red Cub MVP Baser Amer capitalized on Ateneo’s mistakes and showed his stuff when the Red Lions needed him most as he sunk all four of his free throws. Only Greg Slaughter’s two-point shot in the final buzzer narrowed the score but still didn’t prove enough to deny the Mighty Red School of its victory.

Three years since their last victory over the Blue Eagles, the Red Lions finally won again  in an amazing come-from-behind victory. Red Lions coach Ronnie Magsanoc said it best when he said, “I think it was all about the fighting heart of the kids.”

For the Red Lions, it certainly felt great for them to bask in this amazing victory three years in the making.

Whichever side you’re cheering for, I can certainly say this was the best P20 I’ve ever spent.