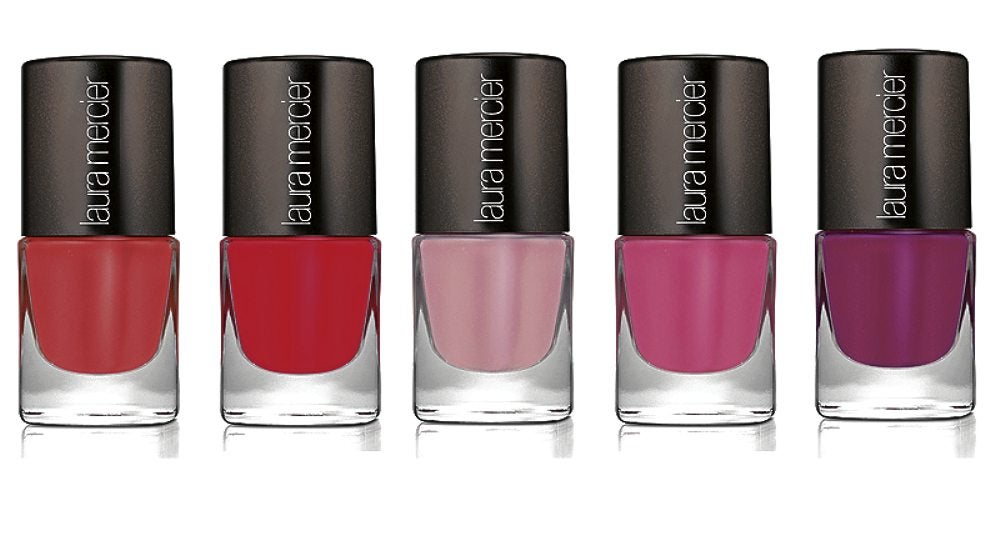 Nail polish is the new lipstick

There’s no doubt about it—nail polish is the new lipstick. And I’m not just saying this because of my mad obsession.

In 2001, Estée Lauder board chairman Leonard Lauder coined the term “lipstick index.” It describes a phenomenon in the early 2000s: an increase in lipstick sales despite the recession.

During hard times, when people tighten purse strings and cut back on bigger luxuries, women turn to the cheaper thrill of makeup.

And who can blame them? When you can’t afford that hot bag or killer new shoes, cosmetics are a great way to inject color into one’s wardrobe.

Over a decade later, the lipstick index has been replaced by the “nail polish index.” Market research firm Mintel revealed that lipstick sales have been dwindling since 2007. NPD Group, another market research firm, reported that while lip product sales grew by eight percent in the first 10 months of 2011, nail polish sales increased by 59 percent.

Deborah Lippmann, manicurist to the stars and the woman behind the popular nail polish line of the same name, has witnessed the growth.  “It’s exploding!” she said. “Nail lacquer is literally splattering everywhere and is growing in popularity because we started getting into the trend when the recession hit, and we had to rethink how we did things.

“Women started doing their own nails and realized how fun it could be to create their own look.”

Ji Baek, founder of Rescue Beauty Lounge, is not surprised by the increase in demand. “You may not wear green or yellow lipstick, but you can translate the color blocking trend to your nails. Having strangers compliment your nails is the same as getting a compliment on that bright yellow handbag that you will wear for only one season.” Ji’s New York-based luxury nail polish line has fans all over the world.

“Nail color is an affordable indulgence,” said Karen Grant, NPD’s global beauty industry analyst. “The size of the market is burgeoning, and there’s a huge opportunity for doubling or even tripling growth.”

But we don’t need a research firm to tell us that. There are signs all around.

Creative collaborations between nail polish brands, celebrities and fashion designers continue to be huge. Katy Perry, Nicki Minaj, Serena Williams and OPI; Justin Bieber, the Kardashians and Nicole by OPI collections; Betsey Johnson and Sephora by OPI; Alexander Wang, Prabal Gurung and Sally Hansen; Peter Som and Zoya—they’ve all worked together to bring new colors (and occasionally glitter) to your nails. The limited-edition nail polish collection that Thakoon Panichgul created with NARS is one of the year’s hottest and most anticipated releases.

TV and movie tie-ins are hot as well. OPI came out with colors inspired by “Alice in Wonderland,” “Burlesque,” “The Muppets” and “Shrek,” and has upcoming sets inspired by “The Amazing Spider-Man” and Minnie Mouse. China Glaze released the much-talked-about Hunger Games collection while Sephora by OPI came out with Glee-inspired shades including a blue one called “Slushied.” Soon, Orly’s Dark Shadows collection, which was based on the upcoming Tim Burton/Johnny Depp film, will also be available for purchase.

There has been an explosion of nail polish blogs worldwide. YouTube has been inundated with nail art tutorials. The nail industry continues to flourish with the birth of new brands, the return of old trends (crackle, magnetic) and the development of new ones (gel, polish strips and decals, caviar).

In the Philippines, collections constantly and consistently sell out and nail polish fans welcome the arrival of new brands and collections with open arms.

“Nail polish is the fastest-growing segment of the beauty industry. My company’s sales have gone up by 50 percent over the last 18 months due to nail polish sales,” said Shelly Lazaro, president of Cytherea Global Cosmetics, the official distributor of SpaRitual in the Philippines.

She added, “People are using nail polish to express themselves in the most unique and colorful ways. With a variety of shades to choose from, it satisfies our inherent desire to individualize and theatricalize—an affordable luxury that is adding fun to our daily lives.”

Donna Rae Viola-Andrada, marketing manager at Sprint Asia, the official distributor of Orly in the country, said, “We felt the growth in the demand for nail polish two to three years ago and it’s continuously increasing. We see  how quickly Orly’s nail lacquers sell out. Women like matching their outfits with their nail color. A polished set of nails has become a fashion accessory.”

Rustan’s, which offers a number of prestige nail polish brands including Chanel, Dior, NARS, Laura Mercier and Deborah Lippmann, has witnessed the increase in demand for polish. Sevrine said, “Customers come looking for new colors before they even arrive in the store. Our best-selling nail colors are flying off the shelves.”

And why shouldn’t they fly?

Nail polish is a fun and risk-free way of playing with trends. Peter Philips, creative director for Chanel Makeup, said to The New York Times, “Nail polish is just makeup. If it doesn’t work out, you can wipe it off.”

Nail polish is the new lipstick. This has been echoed numerous times—by The New York Times, Time Magazine, many other publications, beauty brands and industry experts.

And it’s a truth that is mirrored by my own life. I only wear lipstick when I go to weddings, but I feel naked when my nails are lacquer-free.

The author obsesses about nail polish on www.polishpolice.com.