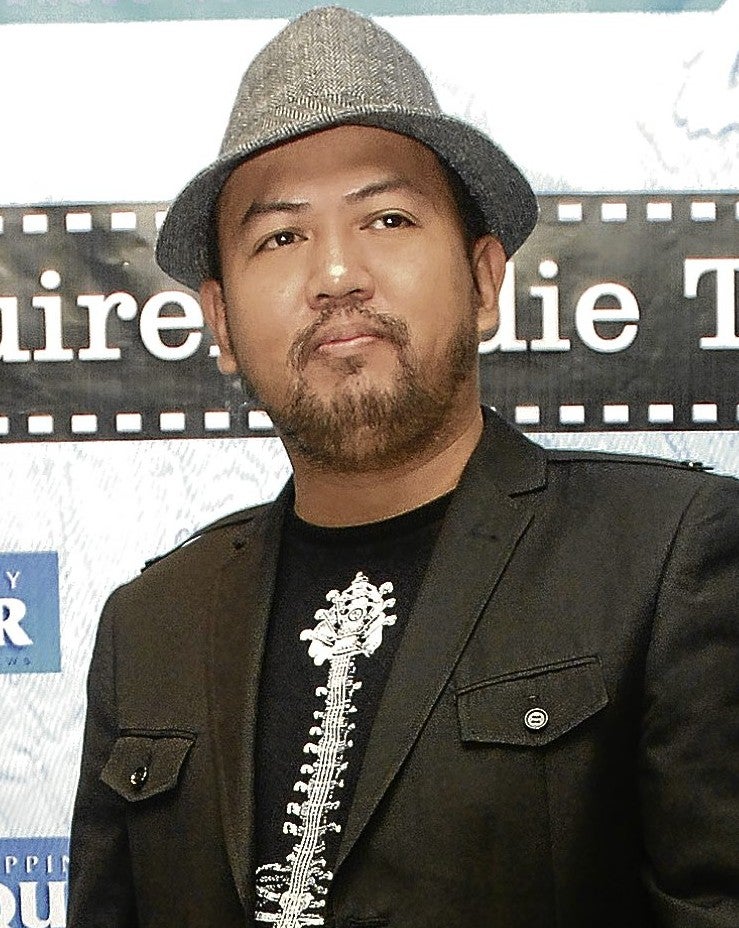 A deliberately destroyed object precludes an easy categorization of what’s left of it—the ruin, being a newfound thing in itself, is recovered not necessarily as an unprecedented occurrence but an inevitable and indispensible junction between various contradictions.

This thickness creates an exciting negotiation between the familiar and otherwise.

Khavn de la Cruz’s contrabandido positioning in Philippine literature and cinema is not a pose, but rather a willingness to surrender to an insatiable wanderlust, without navigation aids.

The process of unlearning being necessary to the understanding of the risks he took and will take in the future, is something this writer, filmmaker and musician has internalized in the creation of his most trailblazing works. For, how else can you “kill” something but by intimately knowing it, and eventually letting go?

The poems found in his collection “Guhit ng Talampakan” (Lines on the Sole), published by the UST Publishing House in 2008, are conventional by Khavn’s standards. But like the modern chronicler that he is, there couldn’t possibly be anything like his poems.

The quotidian presence of his observations and the unapologetic directness of his narratives remind me though of William Stafford. But since the eye (and, consequently “I”) of the poet ruminates on a very specific reality that is unique to the postcolonial man, the similarity would remain tangential.

Almost without wit, and the burden of philosophical questioning, the poems here constellate into a deepening of community, paradoxically idiomatic (in the form of an elusive dream, or resolution) to the constant displacement of the poet as traveler. As in Stafford’s, the purification of the tribe’s language for Khavn is to “leave it be,” without qualifying statements or necessary closures, not because they are not needed but ultimately because being silent, or traveling on, is enough.

Many times, the persona in his poems “walks away,” bringing with him the faith in every vicarious experience he encounters, and leaving it to the reader to manage the rubble, the interstices between what’s said and left open—not withdrawn, because a lot of times there’s nothing more to say.

His book of stories, “Ultraviolins,” published by UP Press in 2008, is not necessarily an antithesis to “Guhit,” even though there is a noticeable difference between the roaming, almost dreamy Socratic persona of the poetry collection and the cynical, irreverent positioning of most of the characters in “Ultraviolins” (who really are the Four Horsemen of the Apocalypse, alternately bringing news of “the end”).

Every story was crafted with “gut-to-gutter” edginess; the language is uncompromising, the concepts illogical. That is why it is easy to dismiss the book as mere exuberance. But reading through it, one recognizes new and fresh ways of rumination outside of the haughty pedestal of continental philosophy. There is nothing here of the kind of insouciance and indulgence found in the works of young writers who oftentimes mistake mere trash talk for freedom of speech.

Khavn’s new book of poems, “Shockbox,” is due for release by the University of the Philippines Press this year. Expect an interesting mixture of his unadulterated critique of our often sanctimonious relationship with reality and the meditative, surprisingly profound stance of his early works.

From the solipsistic meanderings of a classic lyric speaker to strange, multi-layered allegories and aphorisms on and about urban decay, the poems in this new collection almost sound like unheard songs from the tattered notebook of a traveling folk musician lost in the city, surely a troubadour with something relevant and important to say.

This anthology can be anything from Malvina Reynolds’ “Little Boxes” to Althusser’s critique of ideology. Readers and critics alike can choose what to do with it, but one thing’s for sure—it can never be ignored.