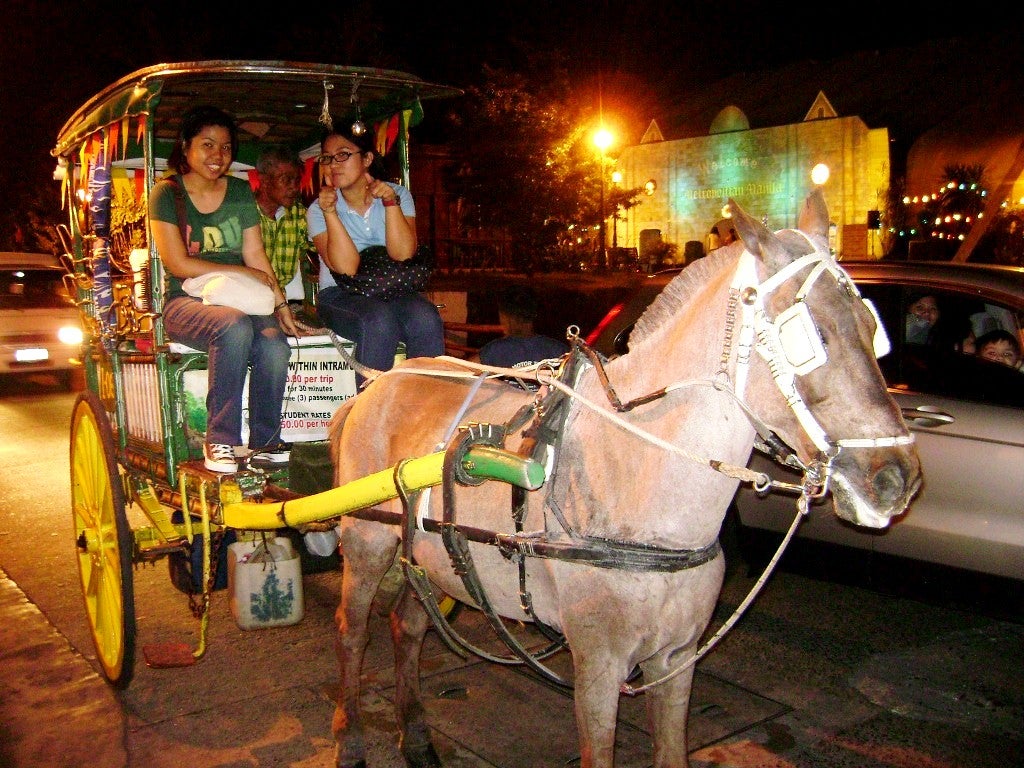 MANILA, Philippines—Already a popular stop on day tours of Manila, the historic walled city of Intramuros will soon become a nighttime destination, too, and not only for foreign visitors but also for Filipinos.

In six months, Fort Santiago, which houses the Rizal Shrine, will open its gates to guests for nightly cultural shows.

Nothing for night visitors to fear, as the Walled City will no longer be dark at night. The plans include installing lights on the centuries-old buildings and churches of Intramuros.

And the nearby Maestranza Park by the Pasig River will become a village of cafés, restaurants and shops, resembling Singapore’s Clarke Quay, a historic riverside wharf where old warehouses have been restored and converted into restaurants and nightclubs.

“Tourism Secretary Ramon Jimenez Jr. has told me to develop Intramuros as a nighttime destination because he realized that many people go on day tours but when they come back to Manila, they don’t have anything to do,” Intramuros Administrator Jose Capistrano Jr. said at the second general membership meeting of the Philippine Tour Operators Association (Philtoa) in Intramuros on Friday.

Efforts to develop Intramuros into a nighttime destination would begin with the reopening of Fort Santiago at night, Capistrano said.

He said the Intramuros Administration had opened discussions with the Philippine Educational Theater Association (PETA) for the staging of performances in the open-air Rajah Sulaiman Theater inside Fort Santiago.

“Once upon a time, Intramuros was open at night [and] it used to be a favorite dating place,” Capistrano said. “But we’re not just reopening it, we will also provide entertainment. That’s why we’re talking with PETA,” he said.

In an interview later with reporters, Capistrano said Fort Santiago, where national hero Jose Rizal was detained before he was executed, would begin accepting visitors for nighttime shows in October, “after the rainy season.”

Talks with a lighting designer are going on for lighting up the Walled City’s great buildings, including the San Agustin Church and the Manila Cathedral, Capistrano said.

The plans for night tours include “audio guides” that will give tourists historical information on the buildings and churches of Intramuros.

Capistrano said the restoration of the walls and chambers of Maestranza Park, which were warehouses for goods carried on the galleon trade between Manila and Acapulco during the Spanish colonial period, was already finished.

He said sites in the park would be bid out in the next six months to private businesses to start commercial development.

The Japanese government donated P500 million for the restoration of Maestranza’s walls and chambers, a project that began during the term of Tourism Secretary Richard Gordon, Capistrano said.

When fully developed, he said, Maestranza would be like the “Wow Philippines” project of Gordon, with numerous food stalls, shops and exhibits to be opened until late at night.

The development plans include river cruises with lunch or dinner buffet. Envisioned are cruises from Maestranza Park, going down the Pasig River and circling around Isla de Convalecencia, where Hospicio de San Jose sits, according to Capistrano.

The nearby Almacenes Reales (Royal Warehouse), used for storage of goods unloaded from galleons in the 16th century, would become the Intramuros Visitors’ Center upon the completion of restoration work by the Spanish-funded Escuela Taller Intramuros, he said.

“It will be a real visitors’ center with booking facilities,” Capistrano added.

Citing the many tourism projects in Manila, the Philtoa is optimistic that the city will soon begin drawing foreign and domestic tourists.