Philippines to send bombshell to China – in a bikini | Inquirer Lifestyle ❮ ❯ 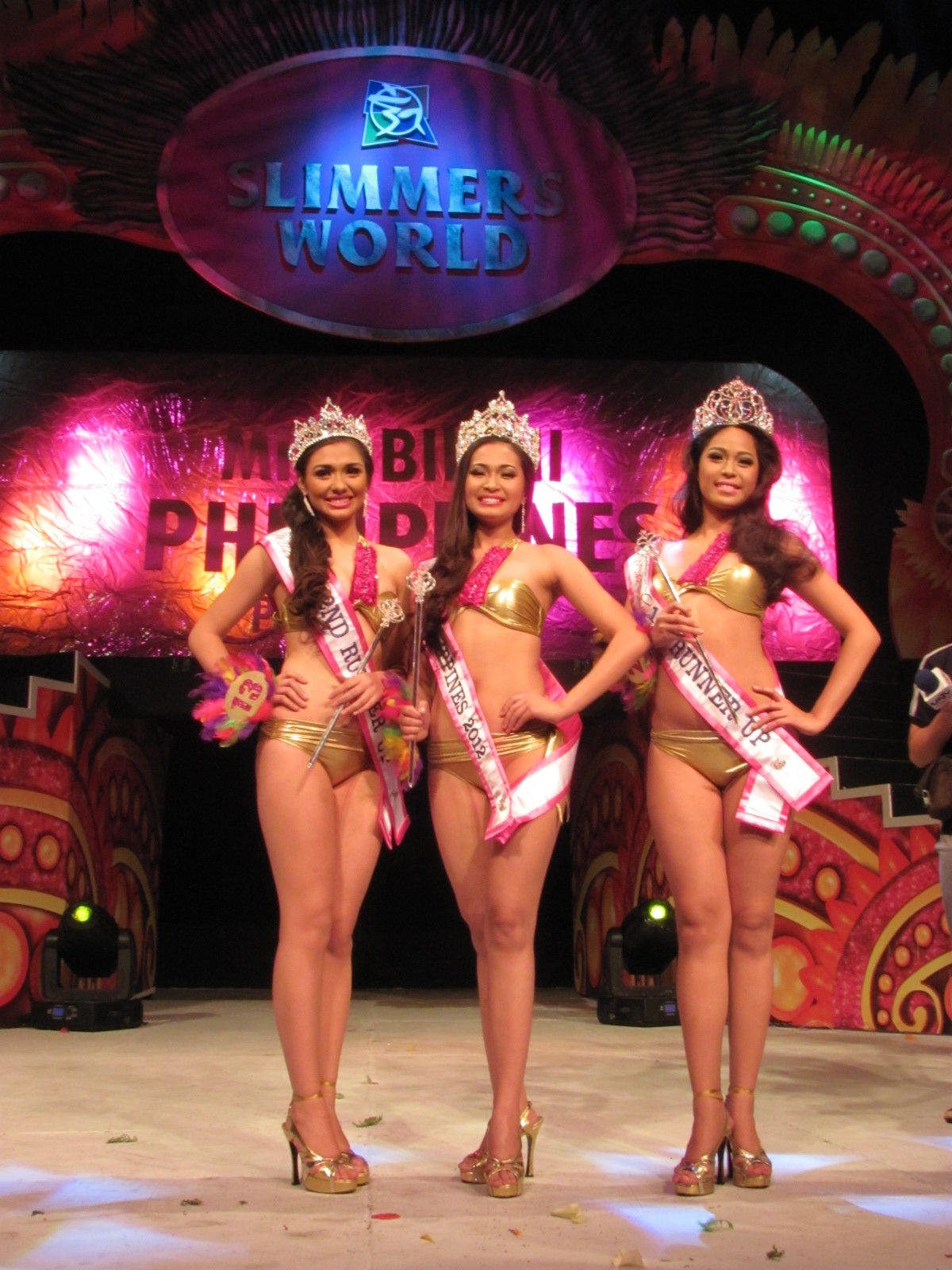 Philippines to send bombshell to China – in a bikini

MANILA, Philippines – The Philippines is set to send a bombshell to China this year. Not for a territorial dispute but for a competition to determine

who has the “most dangerous curves” in the world.

The bombshell, in the form of 19-year old Abbygale Monderin from Antipolo city who was recently crowned Slimmers World Miss Bikini Philippines, will represent the country in the Miss Bikini International to be held in China within the year.

Monderin, who represented Slimmers World Pasig, was also awarded the Miss Photogenic title and Best in Long Gown during the final Top 10 of the Festival-themed Coronation Night last April 27.

“I didn’t expect to win [competing against] all the beautiful ladies. I expected [one of] them to win,” Monderin said.

Even if she did not win the crown, Monderin said, “I still thought that I would represent [the country] someday in an international pageant.”

As the newly crowned Miss Bikini Philippine, Monderin said, “I will be able to inspire others to have a healthy lifestyle.”

Monderin received P500,000 as grand prize for winning the competition while both runners-up received P200,000 each.

Martelle was also the winner of the Miss Unisilver Time special award, one of the several special awards given during the coronation night.

The Best in Creative Posing Award was given to candidate number 24, Jolina Roque from Slimmers World Subic, who received P30,000 cash prize.

Candidate number five, Clarize Barrameda from Slimmers World Caloocan, won the Client’s Choice Awards or the Darling of the crowd award and received P15,000 cash and P10,000 worth of gift certificates.

The Best in National Costume award was given to candidate number 20, Hershey Montecastro from Slimmers World Legaspi. She received P30,000 worth of cash and prizes.

Before the coronation night, the candidates were housed in the Diamond Hotel Manila for 20 days to undergo “special training for personality development, modeling, nutrition

counseling and fitness and skin assessments,” Slimmers World said in a statement.

“The extensive measure taken by Slimmers World helps ensure that all the candidates can stand toe-to-toe with the best the world has to offer in international competition,” it said.

The 24 finalists were screened from over 200 hopefuls coming from the 27 Slimmers World centers throughout the country.