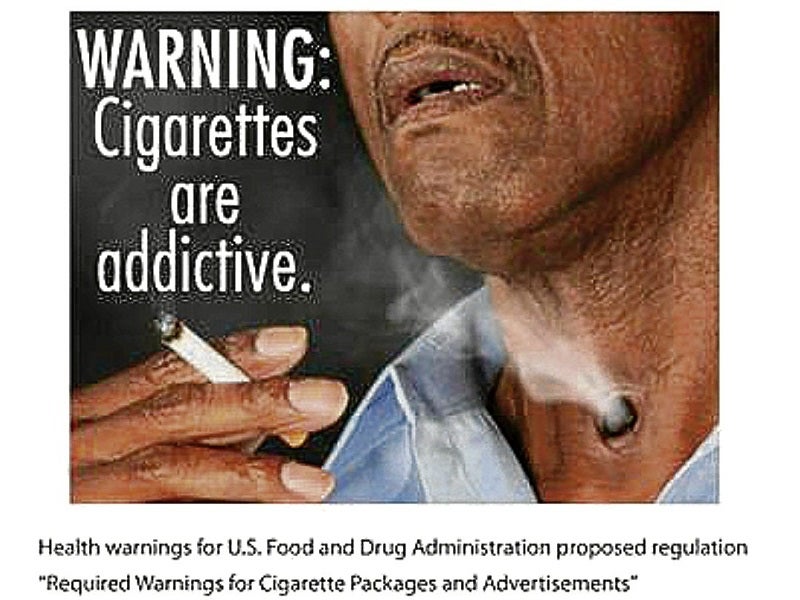 Seeing beyond the smoke 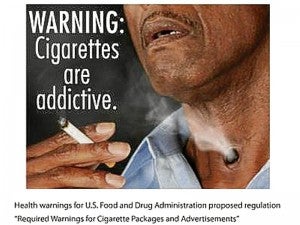 When news broke out that Starbucks is going smoke-free nationwide, I couldn’t help but do a dance of joy. It sincerely felt like a powerful force had chosen to back up the defenseless, bullied band of nonsmokers.

Upon Starbucks’ announcement, people have been proclaiming the slow death of the brand. On the contrary, more and more stores around the world have been imposing smoke bans and are finding themselves overwhelmed by the public support. Sure, there were those who objected but the sales were safe from any negative hit. Their cash registers are ringing more than ever. This can perhaps be chalked up to the fact that there are more people who don’t smoke than those who do.

Of friendships and cigarettes

Most of my friends are smokers. I suppose this makes me a second-hand smoker. While I respect their lifestyle choices, I also will not lie through my teeth and say that I enjoy basking in the stench of smoke. But see, I love my friends too much and can just ignorantly deal with this. Gathering the hard facts on tobacco however, I realize how ignorance kills more than curiosity can.

We all know the overused “Cigarette smoking is dangerous to your health.” A close friend of mine even said, “Knowing the risks isn’t a deterrent to my routine.” Got it. But how would you feel if you found out that consumers are being prevented from knowing exactly how gravely dangerous smoking is?

What we have accepted as perfectly normal is actually considered a global epidemic. So much so that the only international treaty that deals with public health was built to focus on tobacco control. The Philippines is a signatory to World Health Organization’s Framework Convention on Tobacco Control (WHO-FCTC) along with 172 other countries. This means that six years ago, we agreed to the obligation of using picture warnings on cigarette packs, increasing tobacco taxes, undertaking a comprehensive ban on advertisements and promotions of cigarettes, among other things stated in the treaty.

Now where does our country stand in implementing all of these? Let’s just say that there are those who relentlessly fight for public health and those who will resort to every dirty trick in the book to keep their profits rising. Never mind the damage. 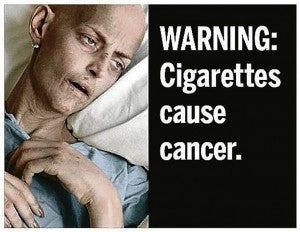 To refresh our memory with the gaudy facts, WHO states that cigarette is the only legal consumer product that kills half of its consumers when used exactly as intended by its manufacturers. In the Philippines alone, a person dies every 10 minutes because of tobacco. Seven of 10 of the leading causes of death are all tobacco-related. Furthermore, second-hand smokers are just as unprotected from the risks. All it takes is 30 minutes of exposure and it’s as if you’ve smoked a pack yourself. Just when I thought the stench of smoke was all I had to worry about.

A picture is worth a thousand lives (or more)

How many lives exactly can these picture warnings save? HealthJustice, an NGO that aims to bridge the gap between health and law to empower Filipinos to make healthy choices, shares the studies of other countries that are already using these picture warnings. In Brazil, 54 percent of smokers changed their opinion on the health consequences of smoking as a result of the warnings. In Canada, nearly half of the smokers said the warnings increased their motivation to quit. In Singapore, more than 28% of the smokers said they consumed fewer cigarettes. In Thailand, 4 out of 5 young people (aged 13-17) and more than half of adult smokers said the pictorial warnings made them think more about the hazards of smoking.

There is no doubt about the capacity of these picture warnings to save lives. What is even more infuriating to know is that the cigarette packaging used in neighboring countries like Thailand is actually produced here in the Philippines. Do we not deserve the same information citizens of other countries do? Hold on while I choke on double standards.

A friend said that the principal enemy is not the tobacco industry. Instead, it is human’s stupidity. In her words, “I don’t know of any species that’s so happy and energetic—and so tragically self-aware—at wiping itself out.” While I agree that in the end, it is an adult’s choice to smoke himself senseless, I am also firmly convinced that it is the obligation of the producers to equip his customers with sufficient information on the lethal products they peddle so shamelessly our way.

When the smoke clears

My grandfather suffered from and lost the battle to emphysema. A friend’s son suffered from Sudden Infant Death Syndrome because of second-hand smoke. I could go on but I’m sure that everyone has his fair share of sob tobacco tales to tell. I’m not asking anyone to quit; I’m asking you to care enough to arm yourself with the hard facts. If you can’t be bothered to do it for yourself, do it at least for the younger generation who, with our help, still have a chance to be spared from such miserable endings.