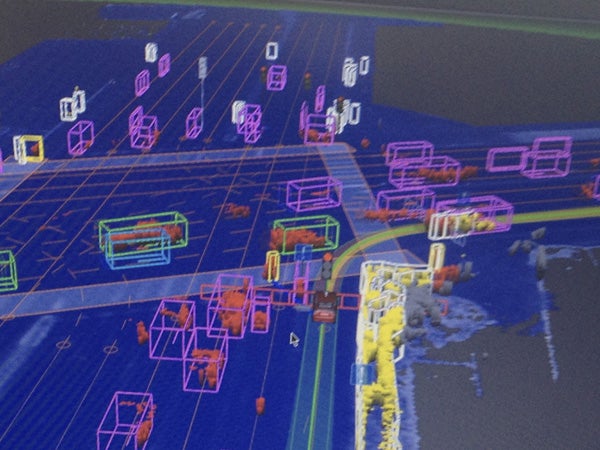 Nevada drivers could soon be sharing the road with self-driven cars as officials with the state’s Department of Motor Vehicles say they have issued Google the nation’s first license to test self-driving cars on public streets. AP

SAN FRANCISCO — The state of Nevada has issued a license plate giving Google’s self-driving car the green light to travel along public roads.

The modified Toyota Prius was issued a license bearing an infinity sign next to the left of number “001” after demonstrating its auto-pilot capabilities on highways, neighborhood streets and even thev hectic “strip” in Las Vegas.

The Nevada Department of Motor Vehicles proclaimed the license the first for an autonomous vehicle in the United States.

“I felt using the infinity symbol was the best way to represent the car of the future,” motor vehicle department director Bruce Breslow said in a statement posted at the state agency’s website.

The car was given a unique red license plate to make it recognizable by police and the public as a self-driving test vehicle.

“When there comes a time that vehicle manufactures market autonomous vehicles to the public, that infinity symbol will appear on a green license plate,” Breslow said.

Nevada hopes the creation of the test plates will drive companies to develop, test and build autonomous vehicles in the state.