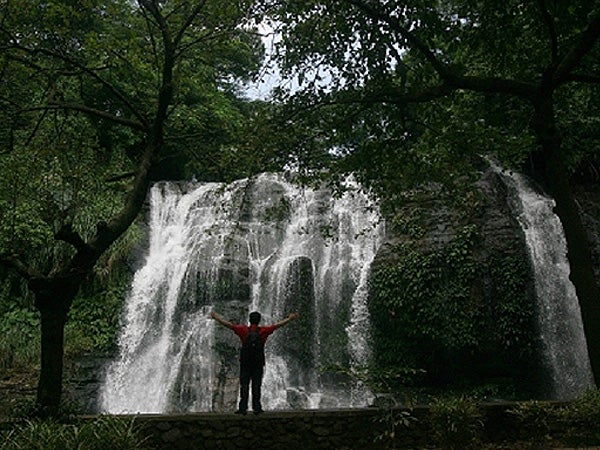 MANILA, Philippines — Professional photographers and photo enthusiasts in Rizal province have taken up a cause: to expose both the beauty and the appalling state of Hinulugang Taktak, the famed waterfalls in Antipolo City.

Pitik Mulat, a loose network of around 50 photographers recently held their first photo walk in the 3.2-hectare recreation area to launch a campaign to save the defiled waterfalls.

“We are only photographers and we can’t change the place in one click of our camera. But our photos may awaken the public and pressure the government agencies concerned to act,” Danny Victoriano, an Antipolo resident for 33 years, and one of the founders of the group, said in an interview with the Philippine Daily Inquirer.

The photos of Hinulugang Taktak taken by these photographers who are also members of groups such as the Camera Club of Antipolo (CCA), Photographers Guild of Antipolo (PGA), and Samahan ng mga Litratista sa Rizal (SLR)  will be shown in an exhibit in SM Mall in Masinag, Antipolo City, on May 12 to 18.

Victoriano said their group has been planning to do more exhibits in malls, churches, schools, and other places that the people frequent, to draw residents to their cause.

The Hinulugang Taktak, listed as a protected area by the Department of Environment and Natural Resources (DENR), has given photographers two wildly different views, Victoriano noted.

The first was the ugly view of the polluted lagoon at the foot of the waterfalls which was covered in thick foam and soap suds coming from the laundry and sewage wastes upstream.

“This has been a common observation. But we can’t overlook the scenery around the waterfalls,” he said.

The lush vegetation in the park remained intact and well cared for through the years, he added.

“Small wonder there were still few people spending their weekend there despite the dirty waterfalls,” he said.

Hinulugang Taktak got its name from the Taktak River which snakes through five of the city’s 17 barangays, and a 16th century legend about a church bell thrown into the waters.

Declared a national historical shrine in 1990 by the National Historical Institute, the recreation area is presently co-managed by the local government and the Department of Environment and Natural Resources.

But in the past years, the waterfalls has become totally different from the bouncy folk song “Tayo na sa Antipolo,” which invites listeners to visit Antipolo and take a dip in the then clean waters.

Victoriano said their one-year-campaign would showcase the importance of the Hinulugang Taktak and its slow, grim destruction due to the unabated dumping of wastes in the waterways.

“Sometimes, words are not enough. The people have to be convinced and educated through images,” he said.

Photographers, apart from capturing beautiful images, can also show the dark and ugly aspects of life, according to Victoriano.