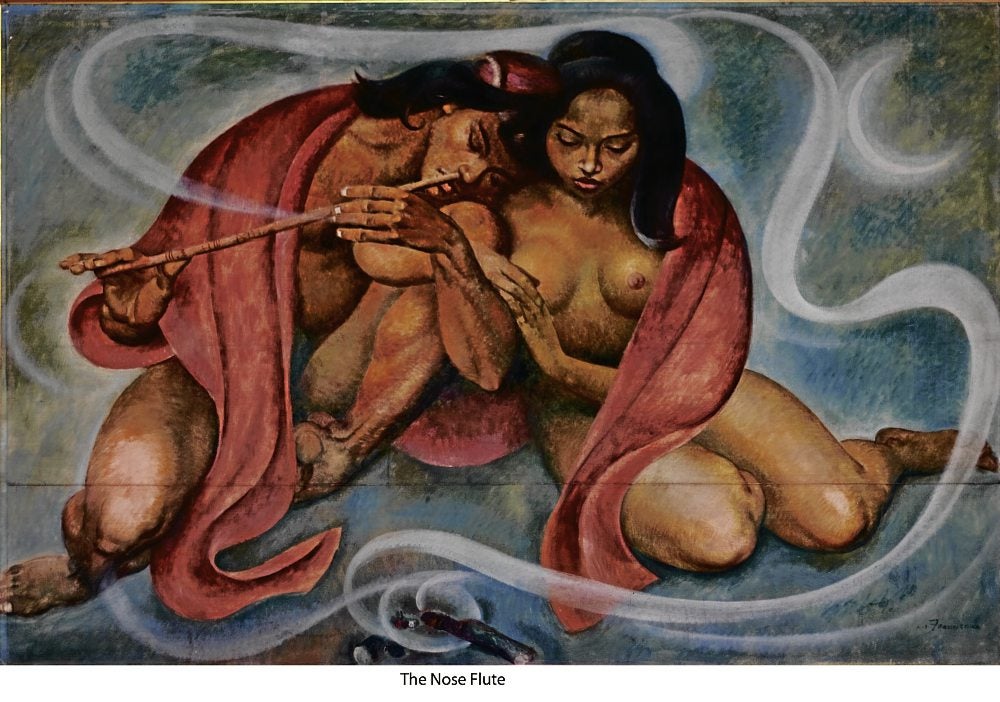 Among Filipino artists, Carlos V. Francisco is one of a few in whom interest by the public, by scholars, by connoisseurs and collectors has not waned. In the landscape of Philippine art (which is abreast, or tries to be, with the latest), the art of Francisco has been and continues to be examined. His artworks are coveted, while his style and aesthetics impact or inspire artists from his native Angono and from farther afield.”

Thus wrote Corazon S. Alvina, former director of the National Museum, in her introduction to the book “The Life and Art of Botong Francisco,” published by Arte Filipino.

This year, the country celebrates the birth centenary of the posthumously declared National Artist Carlos “Botong” Francisco (Nov. 4, 1912-March 31, 1969), who was regarded to have “single-handedly revived the forgotten art of mural painting and remained its most distinguished practitioner for nearly three decades.”

Another reason to rejoice on Francisco’s centennial is the emergence of one particular artwork never before seen by the public. Indeed, it was not even mentioned or recorded in the aforementioned book on Francisco.

The painting is “The Nose Flute,” which will be auctioned off by One East Larasati (www.larasati.com) in Hong Kong on May 19 at Renaissance View.

Particularly in the case of masterworks, provenance must be impeccable. To be sure, it is one of the criteria in the authentication process.

The original owner was A.G. Palileo who, in the 1950s, established Adcraft, one of the era’s successful advertising agencies. Palileo had first worked as an account executive in Philprom, the first Filipino agency when multinational agencies such as J. Walter Thompson and McCann Erickson were dominating the ad scene.

Palileo met Francisco when, as a young law student at the University of the Philippines, he would visit on weekends his hometown in Pagsanjan, Laguna, where he often played basketball. Joining one of those basketball sessions was Francisco who lived in the neighboring town of Angono, Rizal. Theirs was a friendship that lasted till Francisco’s demise in 1969.

How did Palileo come into possession of the Francisco masterpiece, “The Nose Flute”?

In 1955, the ad man had commissioned the artist for a painting which, as happened, was snapped up by an insistent collector. It was a work titled “Camote Eaters.” In recompense, Francisco started to work on another painting with a totally different subject. Preceded by various watercolor studies which the artist presented to Palileo, the subject depicted a couple of lovers from a Northern Philippine mountain tribe.

In 1955, Palileo finally acquired the painting, now titled “The Nose Flute,” referring to the native musical instrument. Also known as kalaleng, it is made of bamboo, and is an instrument of courtship.

Indeed, a much earlier painting, dated as early as 1937, was titled “Courtship Ritual” and featured a nose-flute player with two bare-breasted maidens. It is now in the Yuchengco Museum collection. A watercolor study of the same subject is titled “Lovers Playing the Nose Flute” and remains in a private collection.

While similar in composition, “The Nose Flute” is more fully realized and breathtaking in its visual impact. It is magisterial in size and execution, measuring 4 ft x 6 ft. It was created from two canvases, joined together at approximately a foot from the bottom. The painting, now bequeathed to Palileo’s daughter, makes its first appearance after 40 years.

Francisco’s centennial is a most fitting time for this painting’s return to public view.