‘Barber of Seville’: A collaboration of world-class talents from Italy and the Philippines | Inquirer Lifestyle ❮ ❯ 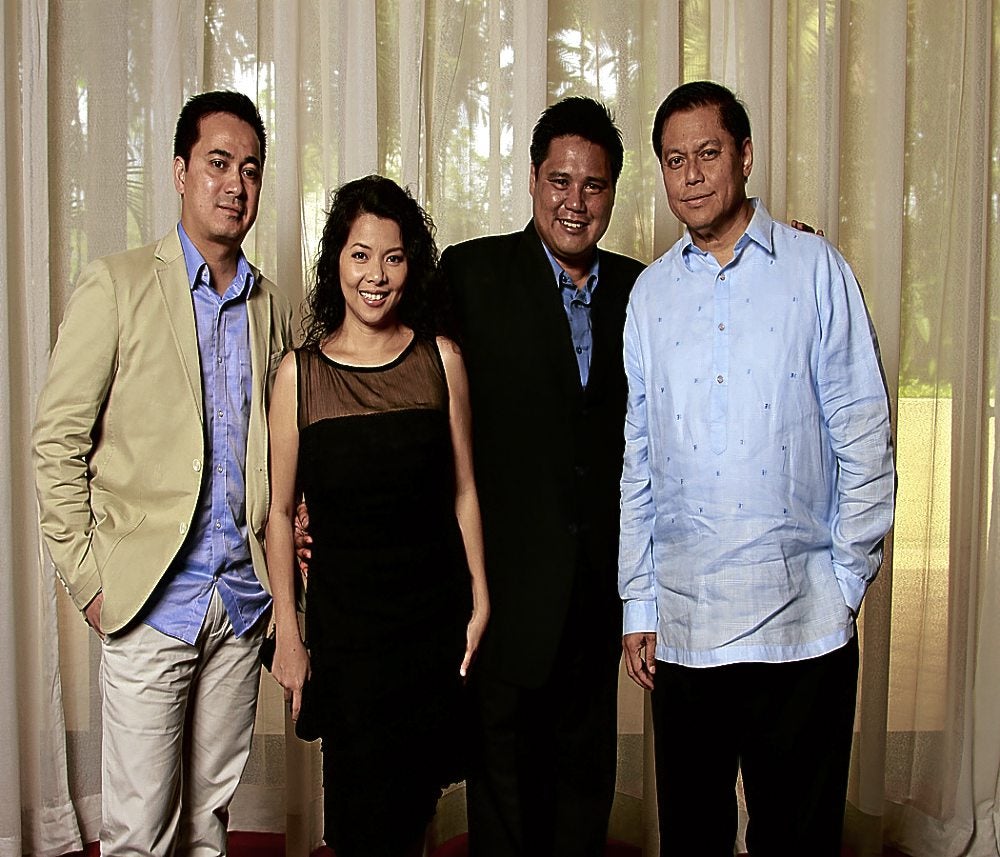 ‘Barber of Seville’: A collaboration of world-class talents from Italy and the Philippines

Giving from the heart and quiet acts of selflessness are qualities of Zenaida “Nedy” Tantoco, president of Rustan’s Commercial Corp., that have endeared her to many. Although she sought to share her energies through charity, she ended up supporting the arts.

“I prayed. ‘God, I’d like You to lead me to where You want me to go because I would prefer charity work. But if you’re sending me cultural events, maybe that’s the message.’ Here I am today,” said Tantoco, who was clad in a silver-gray Ferragamo suit.

As president of the Philippine-Italian Association (PIA), she is one of the prime movers in the production of Gioachino Rossini’s “Barber of Seville.”  Set July 13-14 at the Cultural Center of the Philippines, it marks the 65th year of diplomatic ties between the Philippines and Italy, the 60th anniversary of RCC and the 50th year of PIA.

Tantoco with other colleagues envision that this “Barber of Seville” would exceed the standards of previous operas. “I believe in the performing artists. The cast was well-chosen. It’s something different from the recurrent tragic operas. It’s the first time we’re staging a comic opera.”

They will share the stage with Italian baritones Mario Cassi and Marco Filippo Romano. Italian director Antonio Petris will design the sets and costumes.

“It’s been my advocacy to promote opera in the Philippines,” he said. “It’s the most complete musical genre which includes music, acting, singing, orchestra, chorus, sometimes the dancers.”

Although “La Traviata,” which was sponsored by Imelda Cojuangco, had a good audience attendance, he said performing arts promotion is still an uphill battle.

“Classical music, dance and opera are not palatable to the common audience,” he said. “We don’t have much clout to make blockbusters such as ‘Mamma Mia’ in terms of revenue. But inside the CCP, the performances are of high quality.”

The press conference at Peninsula Manila, one of the major sponsors, was also an occasion for Italian Ambassador Luca Fornari and Tantoco to discuss the bond between their two countries.

Fornari said relations between the Philippines and Italy were established before the former became a nation. Venetian chronicler Antonio Pigafetta was a member of the Magellan expedition and wrote the account of the first circumnavigation of the globe.

“In 1873, there was [an Italian] consul and a vice-consul in Manila,” said Fornari. “On March 1872 there were already political-diplomatic regular relations between Italy and the Philippines as ruled by Spain.”

He pointed out other tidbits: In 1874, a visa for the Philippines was released to Carlo Sassi, director of an opera company. Italian consular offices then opened in the Visayas. The first consular report by an Italian consul cited the high demand for Italian foods. In 1889, the Italian government appointed Francesco Reyes to represent Italian interests. During the American period, many Italians were engineers and entrepreneurs to help build the economy.

“On Jan. 25, 1937, a direct radio link between Rome and Manila was established and President Manuel Quezon inaugurated such a service by sending a message to Prime Minister Benito Mussolini, who promptly returned his greetings on January 27th,” said Fornari. “In that period the bilateral relations were important and numerous, and a shipping line started to connect regularly Trieste and Manila.”

“In 1948 the Philippine government opened a diplomatic representation in Rome, which became an embassy on August 9, 1956.”

Through the years, Italian investments and cultural exchanges have grown.

Fornari said the Italian community has grown to 1,500. “I would most especially like to acknowledge the presence of hundreds of Catholic missionaries and volunteer workers across this country who bring messages of hope and good will into action.”

The proceeds of the opera will go to the Endowment Fund of the Philippine-Italian Association. Tantoco said they will be used in Italian Catholic missions, such as the construction of the multipurpose court at the Servants of Charity compound; the feeding program under the Sister Handmaids of Charity; and the clinic run by the Canossian Sons of Charity.

Tantoco, who has been PIA president for nine years, said her tenure has had many highlights. On the cultural scene, it has been active in cultural exchanges such as language program, promoting Italian artists during Italy’s National Day and sending 100 students from the University of the Philippines to the Philippine Cultural Festival in Florence in 2010 to put up a cultural show and exhibit. The Italian film festival honored director Brillante Mendoza and premiered Dario Argento’s “Dracula” in 3D.