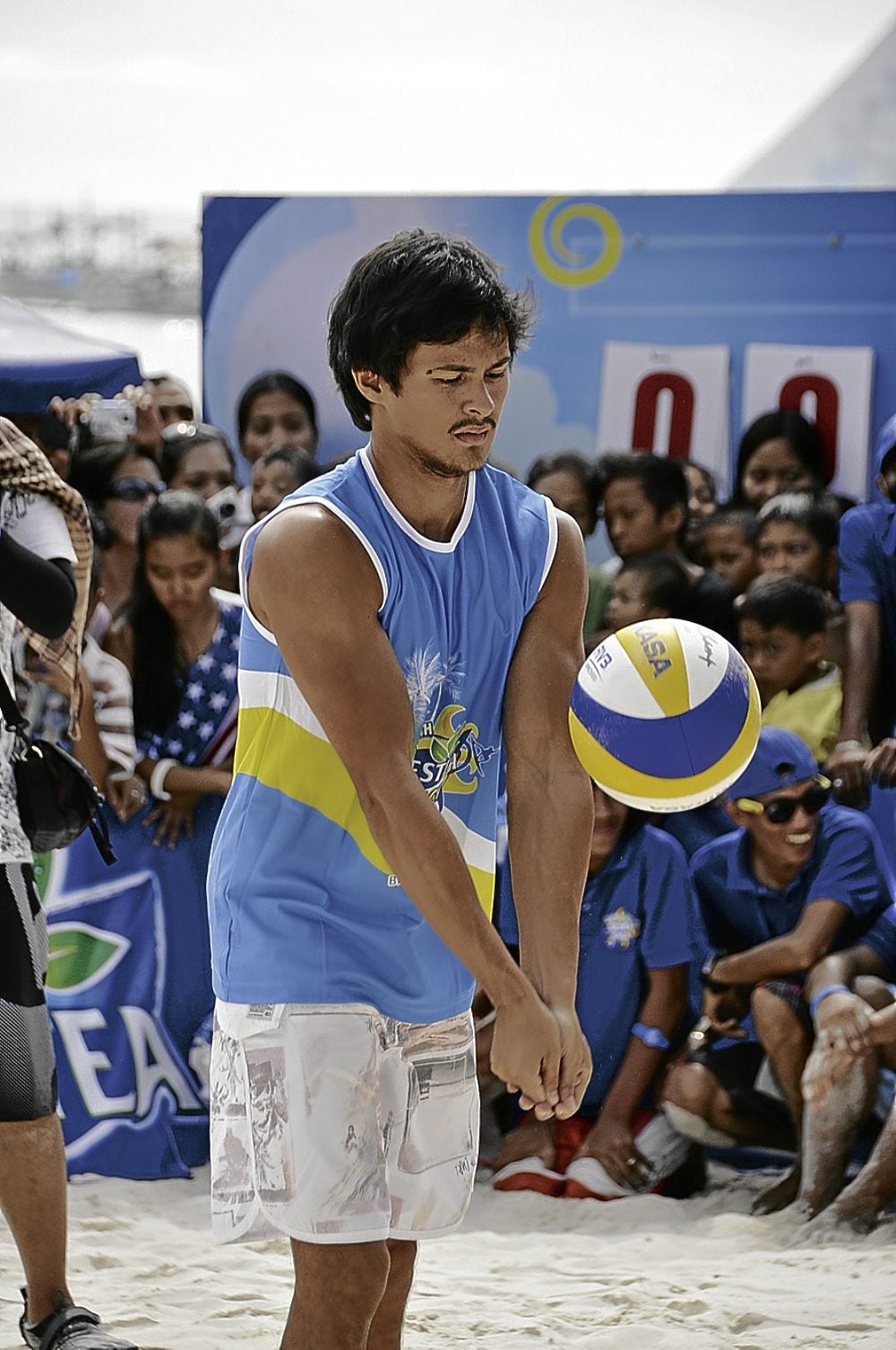 Clean up and play

With this year’s summer temperature peaking at 36°C, you’d surely want to take a plunge and doze off after a refreshing swim.

Why not take a plunge, gather some trash, and watch an awesome round of beach volleyball? Probably not your usual schedule for the summer, but the recently concluded 15th Nestea Beach, held last month, offered a few more reasons why this could be your best summer ever.

Set in the white-sand beach of Boracay, the event had celebrities and the country’s top beach volleyball players gathering not just for fun and play, but to ensure that our famous beach will remain appealing through a beach cleanup.

Participating in this year’s cleanup was actor-model Rafael Rosell, who said cleanups like this should happen more often.

“We know the consequences if there is a lot of trash in the sea. It’s not fun to swim if there’s garbage,” said Rosell, a surfer and nature-lover.

He added that back home, “I use eco-friendly bags and don’t throw trash out of the car.” Rosell was one of eight celebrities invited to take part in this year’s beach cleanup, which took place on three beaches this year.

Marketing promotions and events executive for Nestea Jose Manuel Santos said: “Since we hold Nestea Beach on beaches, the least we can do is create awareness of preserving our beaches.” According to Santos, they managed to gather 69.25 kg of trash.

“On Samal Island in Davao, we planted 117 mangroves, and we also had a coastal cleanup drive in Moalboal,” he added.

There were 96 teams competing in this year’s Nestea Beach Volleyball competition. University of Santo Tomas’ Maruja Banaticla said that beach volleyball is more fun and easier than indoor volleyball.

“Indoor volleyball is harder because there are a lot of strong teams. In beach volleyball, communication is easier, and all you need to do is to outwit your opponent,” Banaticla said.

The youngest of three siblings, 19-year-old Banaticla makes sure that her game and her academics both fare well. “I prioritize my academics, and our training schedules don’t keep us from studying our lessons.”

Unlike the usual teenager who prefers hanging out and partying, Banaticla, who is studying BS Commerce, would usually be in her dorm room during her free time. “I’d rather lay in bed and rest than go out,” she said.

Hailing from Calamba, Laguna, Banaticla admits that she feels she lacks time with her family. “When I go home, I usually spend my time inside the house and make sure that I give quality time to my family.” Despite that, Banaticla said her family fully supports her endeavor. “They support what I want, and they regularly watch my game, if distance permits,” she said.

When 2bU asked where she got her talent for playing volleyball, she admits that she’s unique in her family. “I’m the only one in the clan who plays volleyball. I’ve been fascinated with the sport since grade school,” she said.

And in every game, there’s always a winner and a loser. Banaticla shares that instead of dwelling on defeat, she thinks of it as “a way to improve our game and ourselves. It’s a way for us to reflect on where we went wrong and what we need to do in order to win our next game.”

Banaticla is known in the sport as “Baby Dynamite.” She relates that a fan who eventually became her friend gave her that moniker because of her “explosive tactics.”