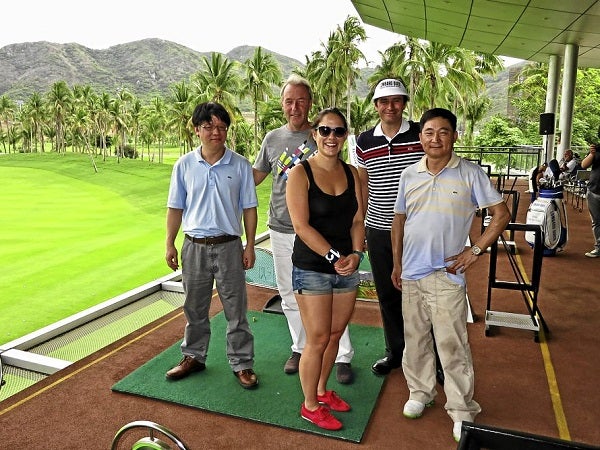 Picture the French Riviera, with its fancy cars and exclusive yacht clubs.  Now picture that setting in China.

Such was the setting for the Hainan Rendezvous, one of Asia’s biggest trade fairs for luxury yachts and private jets.  The annual four-day event, already on its third year, was held along the Riviera-like shores of Sanya City, on Hainan Island, China.

Several top luxury yacht makers and private plane manufacturers from around the world, as well as several high-end brands of real estate, supercars, haute jewelers and apparel, showed up to wine and dine potential buyers from the fastgrowing Chinese market.  The main target of the expo, or as the French would call it, “Salon,” are the financial and social elite of China.

I was fortunate enough to visit the event, thanks to Lacoste, which was one of the exhibitors, affirming once again its name as one of the top luxury brands in sports and lifestyle apparel.

The exhibit venue at the Visun Royal Yacht Club, one of several yacht clubs on the island, had an amazing set-up.  Guests were welcomed individually by ushers and given coded IDs once they produced a specially made invitation.  Electronic readers were set 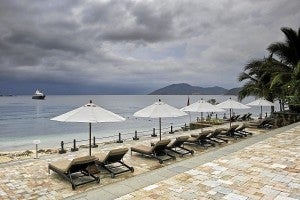 up at each entrance to ensure both security, and that guests have access to the right areas based on their ID privileges.

Lacoste set up its “Pop-up” store and “Polo Bar” near the wharf.  In bright white, the store could clearly be spotted among the many other exhibitors.

Lacoste also prepared activities to give its guests a taste of the company’s brand statement of luxury, sports and lifestyle.  Part of the experience included the much-awaited Lacoste Pool Party, which featured guest DJ Josephine De La Baume.  Previous attendees told me that the party has been a main fixture in the Hainan Rendezvous schedule.

Actress and recording artist De La Baume is actually an actress who recently starred in the latest remake of the four-part “Titanic” mini-series, which came out last month, commemorating the 100th year anniversary of the disaster.  She is also a recording artist, with a record produced by Nellee Hooper, known to have also produced for U2 and Madonna.

The party went on till the wee hours, with a lot of people ending up in the pool.

For the sports buffs, a tennis clinic was held almost every morning during the event with former French number one and world number five-ranked Henri Leconte and his partner Mansour Bahrami.  Hitting with these former tennis greats was a treat, but what made it more amazing was the bantering between them, which they are well known for.

A gala dinner capped the event. With a limited and exclusive guest list, the event was held at the Banyan Tree Resort on the other side of Sanya City where we were staying.  While attire was stricter, requiring guests to arrive in “Summer Chic,” the experience was still grand, with wine and champagne still free-flowing to complement a beautiful meal by the seaside.

In the final tally, more than 20,000 visitors attended this year’s event, including 300 special VIPs who were flown in via private jets just for the event.  While it will be a while before I can attend this event as a buyer, hobknobbing with the Chinese rich and famous was definitely some treat.