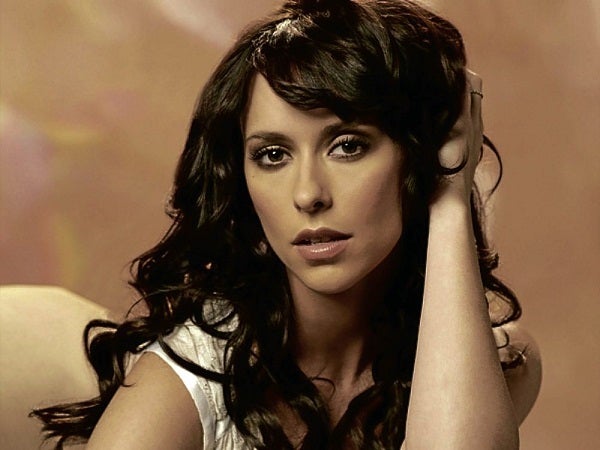 Women are ‘vajazzling’ more and more, tending their ‘ladygarden’

So you love your muff! If you went to a half-decent convent school for girls, the nuns would have drummed into you the importance of sitting correctly to protect your modesty. Always wear clean panties, the advice went—you never knew when you would be run over by a bus!

Never mind saving your life; you’ve saved yourself instead the embarrassment of being wheeled into Emergency with soiled or smelly knickers!

Except: We’ve gone from just clean panties, washing and douching our nether regions, to bush perfumes and hair dyes, vaginal tattoos (“vatoos”), tidying up our bikini lines and all manner—and gore—of vaginal titivations that would boggle the mind.

This isn’t a sense of humor failure; these are nuclear options for garlanding your muse, tending your “ladygarden,” pruning and trimming your pubic topiary.

A few years ago, actress Jennifer Love Hewitt described on primetime American TV how she had her pubic hair removed and replaced with a set of decorations—a practice known as vajazzling. “Women should vajazzle their vajayjays,” she said. “It really helped me.

“After a breakup, a friend of mine Swarovski-crystalled my precious lady and it shined like a disco ball.” And probably swung from a chandelier!

If your budget cannot extend to Swarovskis, vagina technicians will happily apply jewels, glitter, or God help you, diamante studs, in a variety of motifs—landing strips, hearts and flowers; lovers’ initials are particularly popular.

They are, according to urban folklore, in demand before Valentine’s Day, anniversaries and wedding nights. Ahh, a gift for the loved one!

To great outcry, in 1970, Penthouse magazine exposed pubes for the first time; centerfolds were never the same again.

And leading to procedures that some women—too shallow, too insecure or too desperate—believe will beautify their vaginas and improve their sex lives.

Where once our secret garden was seen in our entire lifetimes only by a husband, a lover, gynecologist or obstetrician, these days it’s open season, with a growing number of women convinced they are ugly down there on underwear terms, with an increasing number of vaginal groomers and cosmetic surgeons.

The idle chatter and sexual banter of four self-obsessed New Yorkers on “Sex and the City” made bikini-line waxing, smoothies, vajacials (vagina facials) and pubic hairstyling “musts” in female grooming routine. And men now automatically expect women to take care of it routinely.

On model Carmen Kass’ thatch was shaved the letter “G” for Gucci, for a print ad shot by Mario Testino.

If boundaries are being pushed, well, how about a full Vegas wax? A proper Yul Brynner or a Mohican?

Some women ask for a “cardshark,” a playing card design, a heart, say, or a spade. A “Charlie Chaplin,” a.k.a. Hitler or Adolf, is a strip line with a Chaplin moustache.

When all hair is removed but for a very thin strip down the center, with an arrowhead at the bottom (to guide the hapless lover?), it’s called an “arrow.”

The Brazilian was inspired by the playful beach culture of bronzed cariocas in Rio de Janeiro.

Thing is, pubic hair grows back, into a stubble, and overwaxing can cause ingrown hairs, acne and infection. Over time and from overplucking, hair grows sparsely and women—and their men—who suddenly miss the hair turn to pubic wigs or merkins, or at the extreme end, to hair transplants.

When waxing ceases to be a novelty, some women find that their hairless vulvas, especially the labia minora, are flabby and unattractive.

“On bare genitals, the labia minora stand out, so after the waxing salon, sometimes the next trip for a modern young woman is to the surgeon, to cut large labia down to porn-star size. It doesn’t take a genius to grasp the magnitude of the physical and emotional suffering involved. To say nothing of the waste of time and money,” said Dr. Stephen Snyder about labiaplasty, which involves surgically trimming and reducing the outer edges of the labia minora and stitching up the raw edges to create a flat vulva.

How is it different from arranging a human sacrifice?

The loss of vaginal elasticity and muscle control, and the elongation of the labia from the wear and tear of childbirth, have been touted as legitimate reasons for going under the knife. “I want to improve the quality of my sex life; I want to feel sexy and desirable again” are oft-repeated female refrains.

But it is also an overreach of the idealized version of the feminine, attractive woman.

Or it could just be low-rent pandering to the squalor of the male mind, or to what women think men fancy. Probably brought on by the excitement/ cruelty/shame/embarrassment of a new love, which in its early stages requires a new audience.

“The first time Adam had a chance, he laid the blame on women,” said Lady Nancy Astor wryly. And women haven’t stopped apologizing since.

These things are risky, and some procedures have “Danger” written all over them; there are shady backstreet shops masquerading as vigorously vetted clinics. They cost bundles of money and require lots of time and commitment. They can be overdone and taken to extremes. Where do you stop?

“Cosmetic surgery is essentially a treatment for people’s psyche,” said plastic surgeon Norbert King, “but using a knife rather than counseling. Many who have surgery have deep-seated issues about their appearance, and surgery doesn’t always treat the root problem.”

“How is your sex life, master?” asked Sophocles’ disciple.  “Are you still able to have a woman?”

The ancient Greek playwright answered: “Shut up! I’m happy to have got rid of all that, as though I had escaped from a mad and savage master.”

Maybe something is profoundly wrong and shallow about the way we live and love today. I want to be able to spare your bush—sorry, your blush—and tell you that in the long run it doesn’t—or shouldn’t—matter one whit.

Save yourself from unrealistic, digitally enhanced images of “ladygarden” perfection.

Douche in common sense and icy cold water. Try the classic Rastafarian. Go commando. Invest in sexy lingerie; a little wine; a romantic meal; a night of conjugal or consensual sin.  Don’t forget that a woman’s greatest asset is a man’s imagination—and his desire.

Or, find a true man.