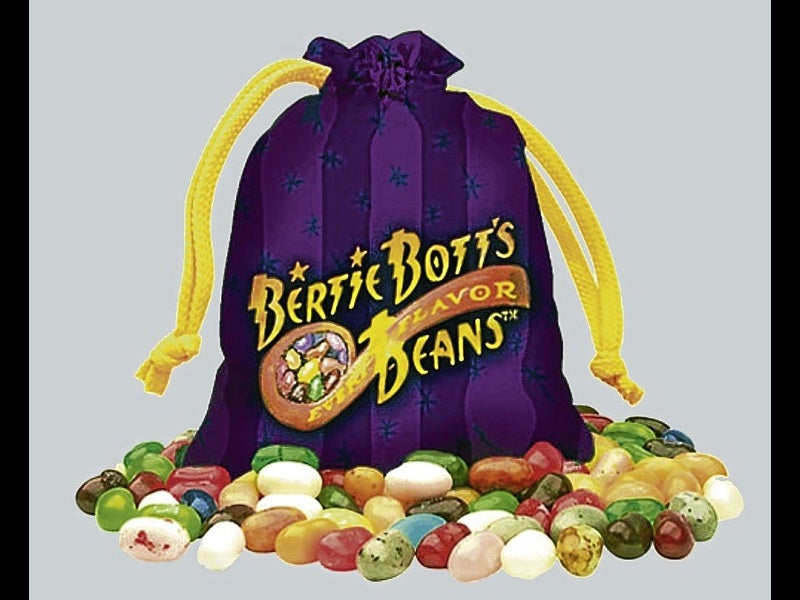 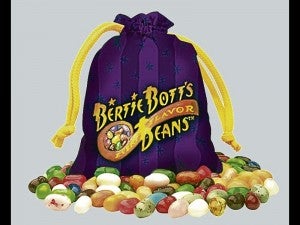 A deadly encounter with Bertie Bott’s Every Flavor Beans

My lifelong obsession with jelly beans and my newfound curiosity for the Harry Potter series led me to fantasize about the day Bertie Bott’s Every Flavor Beans would finally materialize on grocery shelves. When my uncle sent me a box of Jelly Belly’s limited-edition Bertie Bott’s Every Flavor Beans from the US, my taste buds practically jumped for joy. That is, until I tried eating them. It was like a culinary game of Russian roulette, only you actually lived to tell the disgusting tale.

I don’t know how they did it, but the jelly beans tasted and felt exactly like I’d imagined their “flavors” to be. Of course, I’ve never eaten an earthworm, but that flavor really did taste like dirt and something else I’d rather not think about. My sister and I spent an entire afternoon with the beans, giggling and gagging all the way, and my friends who were die-hard Potterheads became thoroughly traumatized after trying them out. Strangely enough, nobody ever dared touch the earwax-flavored ones; why people chose to try vomit and booger instead is beyond me.

On an evil whim, I brought it to an out-of-town shoot as an April Fools’ prank. While my editors managed to get away with the safer but still vile ones like soap and grass, model Brent Javier was unlucky enough to pick the sardine-flavored one—and he spat it out the car window! It really smelled like sardine and, based on Brent’s greenish face, probably tasted like it, too.—Angela V. Ignacio 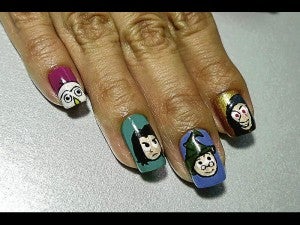 Cartoonist and nail artist Rina Alcantara expressed her love for J.K. Rowling’s characters in a way that only she can—by painting them on her nails. “I created my first and second Harry Potter inspired nail design in November 2010 when the first ‘Deathly Hallows’ movie was released. My first attempt just featured Harry Potter, but my second attempt featured more characters from the movie.”

She posted the photos on her blog (www.rina-alcantara.com) where they got a lot of attention.

How the magic started

I have my brother to thank for bringing Harry into my life.

It was a normal night, a boring night, and I had run out of books to read. I stepped out of my tiny room, which was not unlike Harry Potter’s cupboard under the stairs, and checked the shelves in our dimly lit hall for a book that I could read to help me fall asleep.

My eyes landed on a small hardcover that my brother, who isn’t exactly a massive reader, bought. I read the words “Harry Potter and the Sorcerer’s Stone” on the cover and thought, “This will do.”

The night passed and the sun rose and I was still wide awake. J.K. Rowling kept me up the entire night; I didn’t put the book down until I finished reading it.

Over the years, Harry and I have had many adventures. I’ve read every book and seen every movie more times than I can count; I bought a Sorting Hat and a furry Hedwig watch; I played Harry Potter Uno and attended Harry Potter parties; I went to Weta Studios in New Zealand and saw Dobby; I helped fans reserve The Order of the Phoenix while working undercover at Powerbooks; I recently reread all seven books one after the other; and I cried my eyes out while watching the last movie.

But I always go back to that night when I first met Harry. That night will always be the most special, because for me, that’s when the magic started.—Pam Pastor

I met Fred and George

Walking into the gates of the Wizarding World of Harry Potter, I felt as if my dream had become a reality. During my day at the Wizarding World, I met James and Oliver Phelps—yes, Fred and George Weasley. It was such a wonderful experience. The rides were a blast and the shops were truly a great sight. I went crazy shopping, I got my Slytherin swag on and walked around the amusement park. The best part was that I fit right in with the crowd! The Train Conductor from Platform Nine and Three Quarters even approached me and said, “Shouldn’t you get back to class?” I was dumbfounded and my mouth was agape. He answered for me. “Oh I see, you’re probably doing your Muggle Studies. Carry on, then!”

I had a smile on my face the whole time I was there. It was amazing to see how far people have traveled just to see the place! It was a magnificent adventure.—Samantha Francesca Cabal

I was sorted into Gryffindor

My best Harry Potter moment was when I went to the Harry Potter Exhibition in New York. I volunteered to be sorted during the preexhibit presentation. I was so happy when they placed the Sorting Hat on me and it told me I belonged in Gryffindor. I was about to tear up during that moment! I felt so happy I got into Gryffindor and that it came from the Sorting Hat itself.—Gelo Arucan

Building my own Harry Potter world

Photographer Jill Lejano is a Lego collector and Harry Potter fan, and the special Lego Harry Potter sets bring together her two loves. “I’ve been tracking down all the mini figures from the collection. Right now I have Harry, Hermione, Dumbledore, Dobby, Draco Malfoy, all the Weasleys, Hagrid, Hedwig, Voldemort, and more. I love that I can use them to recreate scenes from the movie and take pictures of them for other fans to enjoy.” She posts photos of her Lego creations on her Tumblr (http://headelf.tumblr.com).