How my brother brought home a Thai wife– through my matchmaking | Lifestyle.INQ ❮ ❯ 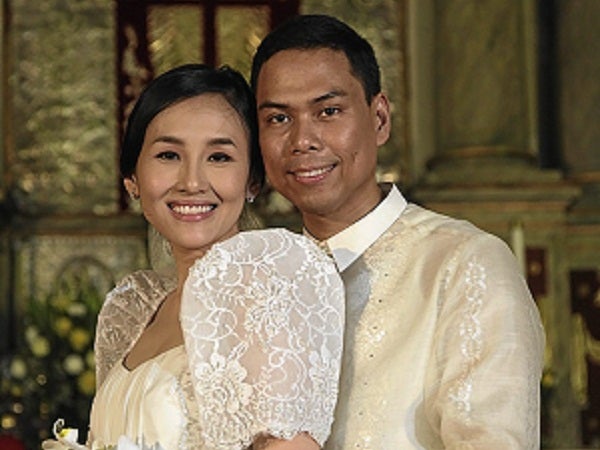 How my brother brought home a Thai wife– through my matchmaking

I would probably have to discard my old Inquirer business cards soon to accommodate a new and totally unexpected career. You’d probably soon be reading matchmaker under my, ahem, growing list of qualifications.

For a first-time matchmaker, I didn’t do badly. My first attempt at playing Cupid has been a roaring success.

Ronnie and Namfon’s love story started in early 2008 when I flew to Bangkok to cover a series of fashion shows.

Namfon, then a customer relations manager for The Emporium, one of the city’s leading high-end malls, was in charge of the foreign journalists covering the shows.

During the four-day coverage, I learned that she had been to the Philippines several times and had made Filipino friends over the years. What’s more, Namfon was single.

Pretty as she was, it wasn’t her beauty that initially struck me. It was her wit and spontaneity. For lack of a better term, she’s probably what we Filipinos would describe as “kikay”—down-to-earth, chatty and funny without being offensive.

Call it intuition, but I knew she would make an ideal girlfriend to my then loveless brother. As it turned out, a lifetime partner, too.

To cut a long story short, I went beyond the call of duty while still in Bangkok and texted Namfon to ask her if it would be okay to link her up with Ronnie. Of course, she protested, but I knew better, for it was neither strong nor convincing enough to dissuade me from going ahead with my “project.”

Even before I got home to Manila, I already told Ronnie about Namfon, and that he should make the first moves. True to form, he dismissed my idea for perfectly valid reasons: the differences in culture and the distance between them.

I persisted, needling him every so often to reach out and, damn it, talk to the girl. Nothing ventured, nothing gained. To his credit, he eventually listened and gave in (he always does in the end).

That’s one thing I’m proud of where our relationship as brothers is concerned. Despite the almost 10-year difference, Ronnie and I have managed to remain close, and have even devised ways of dissing and trying to bring each other down, all in the spirit of fun and brotherly love.

Namfon and Ronnie e-mailed each other for nearly three years. Nothing serious, just plenty of small talk. But they obviously liked each other to keep at it.

In keeping with the late afternoon wedding’s Filipiniana theme, the bride wore a Noel Crisostomo terno that evoked ’50s glamour, from the partially beaded butterfly sleeves made of lace to a flowing chiffon train and skirt with a subtle fishtail silhouette. The groom looked equally elegant in black pants and an updated piña barong with a hint of glitter.

Makeup artist Rey Legarda and his team worked on Namfon and the female entourage, including the couple’s mothers, Gilda and Saiwasan. Namfon, her hair in a loose bun, wore glittery earrings a la Kate Middleton.

At the reception she wore her hair in a loose and curled ponytail. To give the look more volume, Legarda used hair extensions on her.

The couple chose to keep their wedding small, inviting only a select group of relatives and friends, including the bride’s family and former officemates who flew from Bangkok and Chiang Mai, Namfon’s hometown.

The groom also had guests from Singapore, Canada and the US, including Virginia-based sister Farida. Dad Vicente completed the happy picture.

The couple sought the services of veteran wedding planner Celia Cunanan and her team to help them stage their dream wedding in Manila, which was made more daunting since bride and groom were based in Bangkok and Dallas, respectively.

To add to the romantic mood, singing group 92AD did the couple’s favorite songs, including “All I Ask of You” and Bruno Mars’ “Just the Way You Are.” Ronnie and Namfon had a few surprises of their own.

Instead of dancing after making their first big entrance as husband and wife, the couple brought the house down with a duet of Regine Velasquez and Ogie Alcasid’s “Pangarap Ko ang Ibigin Ka.”

The novelty wasn’t lost on the guests as Namfon sang Regine’s lines like a native. Ronnie, a former member of Bacoor’s Holy Trinity Parish choir, later sang “When I Fall in Love” before taking Namfon from the arms of father Arkom for the couple’s first dance.

Green, the couple’s wedding motif, came in various hues, from the dresses of the principal and secondary sponsors, to the flowers and the table runners and giveaways.

In lieu of numerals, the couple marked each table with the names of places dear to them. The travel theme extended to their giveaways—rubber bag tags in classic green and red.

Ronnie and Namfon also ditched the sweetheart table in favor of a place on the main table, aptly named Philippines, which they shared with their parents and principal sponsors.

It was, in fact, their second wedding, as the couple had exchanged I do’s a week earlier at Shangri-La Chiang Mai in a traditional Buddhist ceremony that had its share of highlights.

My fervent wish for the couple is for them to grow in love despite their individual differences, backgrounds, faiths and quirks. Love, they say, doesn’t happen in a vacuum. For it to flourish, it should be nurtured with respect, showered with constant communication and placed under the bright light of truth.

Speaking of quirks, I guess it’s too late in the day for me to warn Namfon about one or two habits that are vintage Ronnie. But for the record, she can’t say she hasn’t been warned.

If she can put up with Ronnie’s hour-long showers and seeming inability to keep track of time, which has caused him to miss several domestic flights within the US, childlike glee over Apple’s latest gadgets, but most of all his big heart and unwavering love and support for his family, then Namfon can pretty much survive and even thrive in this new journey they’ve chosen to take together.

Apart from the couple, I was probably the luckiest person on that fateful day. Not only do I work for the country’s Number 1 newspaper, I also have a Number 1 brother (thank God I only have one) who has always been by my side come hell or high water.

May he and his new wife continue to grow in love and may their union be blessed with intelligent and healthy children that they would someday be proud of, as their parents are of them.