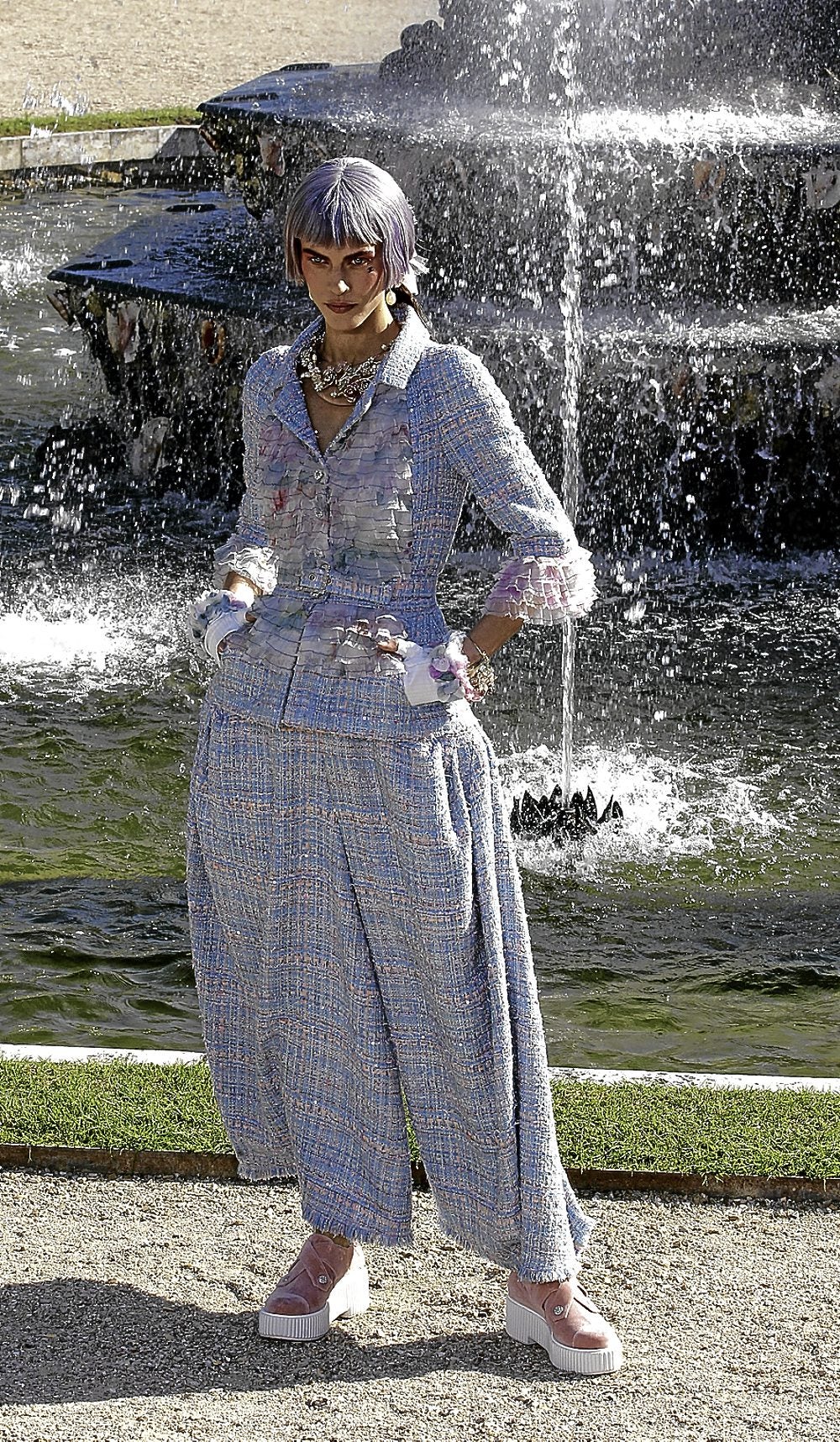 Three gurgling fountains in a secret garden in 17th-century Versailles was the setting for the Cruise Collection 2013 designed by Karl Lagerfeld for the House of Chanel. With Madame du Barry as his design muse, Lagerfeld meshed the oversized look of early ’90s hip-hop with rocking rococo flourishes in detail, embroidery, color and accessories. Punk ’80s platform creepers or trainers were the event’s only footwear.

The 72 exits were a play on proportion, signaling the next big thing in garments. And we do mean big—from the roomiest gangsta jeans to voluminous skirts, XL blouses and oversized dresses. Denim in all its guises was the star fabric; stone washed, indigo, brushed and chambray were made into the new Chanel suit. Opalescent pastels like pink sorbet, pale jade and blushing peach upstaged the usual black and white Chanel colors.

“Liberty, equality, frivolity” seemed to be Chanel’s message on the eve of the swearing in of François Hollande, the first French socialist president in 17 years. Fashion’s Sun King Karl Lagerfeld said, “The image of France has been a little sad: the gray uniform of Europe. I wanted to give France back some lightness.”

It’s uncanny how fashion always changes with economic highs and lows. While the rest of the world’s top fashion designers are focused on streamlined minimalism or austerity chic, Lagerfeld seems to be saying, “Let them eat cake.”

It is time to be seriously frivolous. Just look at these frolicking fun clothes meant to make you smile again. It is the season of tasteful dressing, proving once more Chanel is a movable feast.